Everton have been left after an embarrassing blunder saw them leak a video announcing the arrival of Ruben Vinagre before the club could officially reveal the signing.

The video showed off the former Wolves defender in his new Toffees kit, and appeared to show the Portuguese youth international signing some papers while he gave Everton fans their first look at their new signing.

The video was quickly taken down by the Premier League side, but it has since been shared on Twitter by All Together Now, a podcast dedicated to Everton news.

It was later announced that he agreed to join the Toffees on a season-long loan with an option to make the deal permanent. 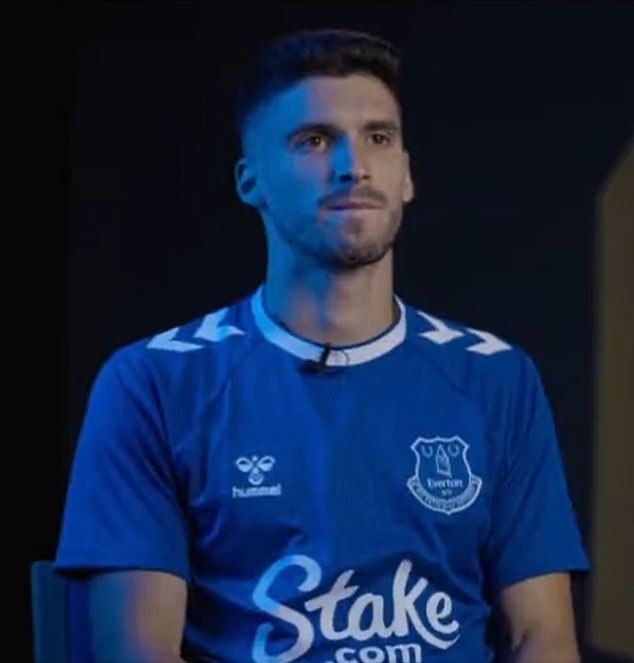 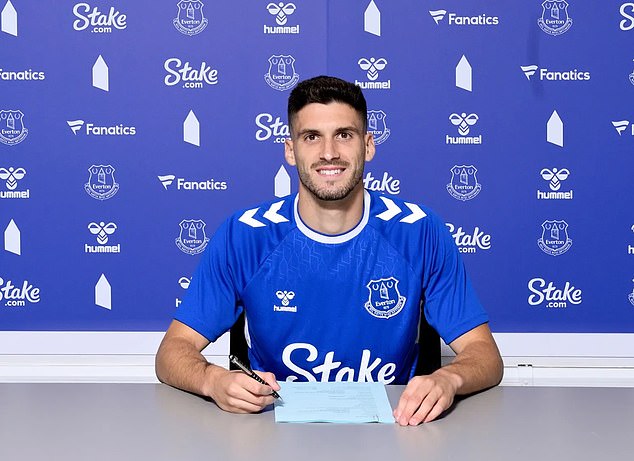 The video gave fans insight into how the left-back’s move back to the Premier League from Portuguese side Sporting arose.

He said: ‘It’s an amazing club – for me it’s a dream come true to join a big club like Everton, [who are] historic in England. It’s a dream!

‘I know Everton are interested, and when my manager told me I already said “I want to go” because Everton is a very big club. 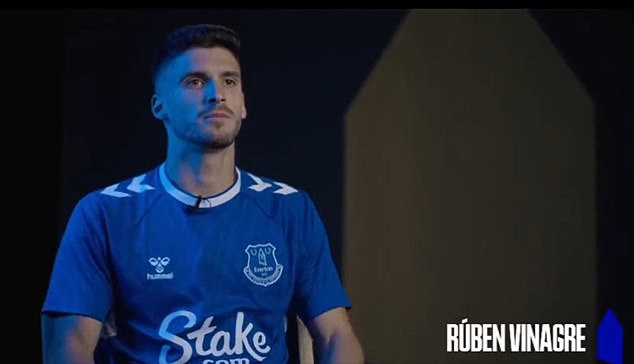 ‘It’s [the reasons behind the move] the opportunity to play with very good players, very good coach, and these things together.’

And fans of the club were quick to poke fun at the blunder, with several mocking the time it took for the Toffees to deal with the situation, with one fan saying: ‘Vinagre’s move to Everton on the club’s YouTube channel before the club bother’s telling the world that he’s signed. Classic.’

Another suggested it was typical of Everton, adding: ‘Club haven’t even announced him and the first interview has been leaked. Everton that.’

A third simply stated: ‘We are a shambles of a club.’

The 23-year-old Sporting Lisbon defender was at Everton’s Finch Farm on Tuesday for his medical ahead of agreeing a season-long loan with an option to make the deal permanent.

During his time at Molineux, Vinagre made 69 appearances and scored three goals.

However he was sent out on loan over the past two campaigns at Sporting last season, and both Olympiacos and Famalicao during the 2020-21 season.

Vinagre will become only the club’s second signing of the summer, following the free transfer of James Tarkowski from relegated Burnley, as the club look to bolster their defence for the new season.

The Portugal Under 21 international had only recently made a loan move to Sporting from Wolves permanent for a £9million fee this summer.

The Toffees are also hopeful of another raid on Burnley, plotting the signing of long-term target Dwight McNeil after opening talks to sign the Clarets’ winger.

The 22-year-old has two years left on his contract at Turf Moor and Burnley also have the option to extend his deal until 2025. 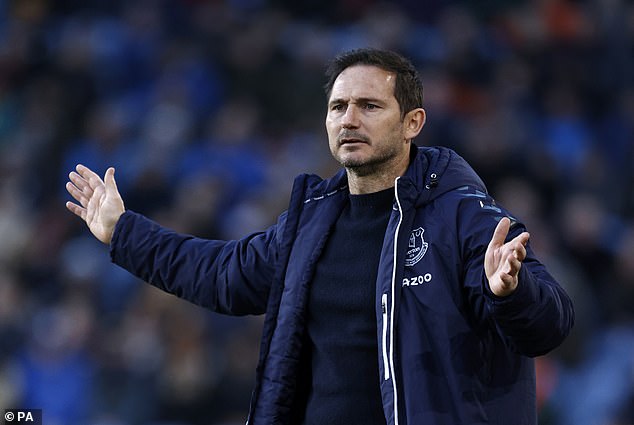