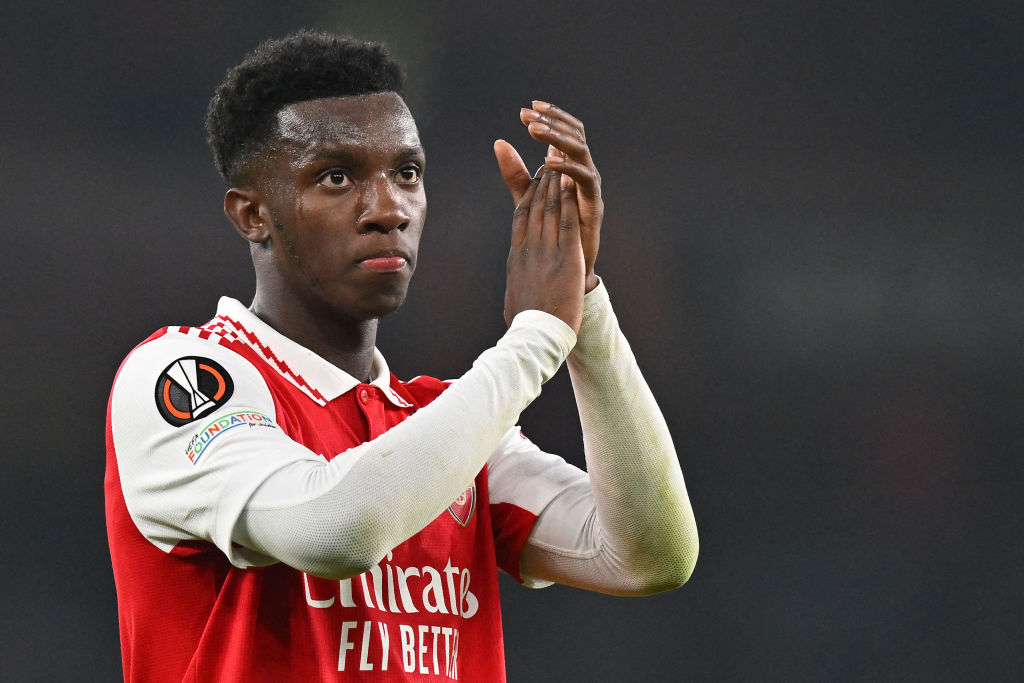 Paul Merson says that Arsenal won’t finish in the top four, let along win the Premier League with Eddie Nketiah up top instead of Gabriel Jesus.

Mikel Arteta’s side were dealt a huge blow during the World Cup when Brazil forward Jesus suffered a knee injury that has ruled him out for the next three months.

The 25-year-old has been pivotal to the Gunners’ success this season, with his five goals and six assists propelling them to a five-point lead at the top of the table.

Without him, Arsenal have been predicted to struggle when the Premier League returns on Boxing Day, with West Ham set to visit the Emirates.

Arteta has stated that he is confident that back-up striker Nketiah can fill Jesus’ void in the same way that he stepped up to the plate towards the end of last season, even though the 23-year-old is yet to score a league goal this campaign.

He has been limited to just 140 minutes of league football so far in 2022/23 in fairness, but Merson is not confident at all that the Englishman can keep Arsenal’s title dream alive, writing in the Daily Star: ‘It’s a massive worry that they’re now relying on out-of-form Eddie Nketiah.

‘They could go eight points clear if they beat West Ham before Manchester City play a game and you still wouldn’t fancy them to win the title without Gabriel Jesus.

‘It’s hard because even though he doesn’t score an awful lot of goals, he is still so effective. If he’s out for three months, I’d be shocked if they got in the top four. I just don’t see where the goals come from.

‘Without being horrible, what Premier League team does Eddie Nketiah get in? Wolves are bottom for instance, they’re desperate for a goal and they wouldn’t go and get him.

‘For me, it’s really worrying. This is no disrespect to Nketiah or the other players but Jesus gels everything together. Nketiah might deliver for three games but I just don’t see him doing it for 10 or more matches.’

Arsenal may well delve into the transfer market to get a new striker, but Merson isn’t convinced that even that will remedy Jesus’ loss.

‘I’ve mentioned Cody Gakpo in recent weeks but he actually looked poor against Argentina for Holland at the World Cup,’ the Arsenal legend added.

‘After scoring a hat-trick against Switzerland, Portugal striker Goncalo Ramos looked like he’d never played football before in the quarter-final defeat against Morocco.

‘Ramos should have been full of confidence but he looked half the player, it just didn’t make sense. Additionally, Benfica are also going to ask for silly money on the back of the World Cup.

‘Top target Mykhaylo Mudryk from Shakhtar Donetsk looks a good player but he’s a winger and Arsenal need a striker.’