Euro 2022 organisers have defended their decision to use the Manchester City Academy Stadium as a venue for the summer tournament stating it will generate “a great atmosphere worthy of a Women’s European Championships.”

The statement comes in response to comments made by Iceland’s Sara Bjork Gunnarsdottir criticising the use of Man City’s Academy ground.

The Lyon star called the inclusion of such a small venue as “disrespectful” towards the women’s game.

“Manchester City Academy is not a training ground,” a Euro 2022 spokesperson said. “It is the official home stadium of Manchester City Women’s Football Club.

“It has been used previously for Uefa Women’s Champions League fixtures and will generate a great atmosphere worthy of a Women’s Euro.” 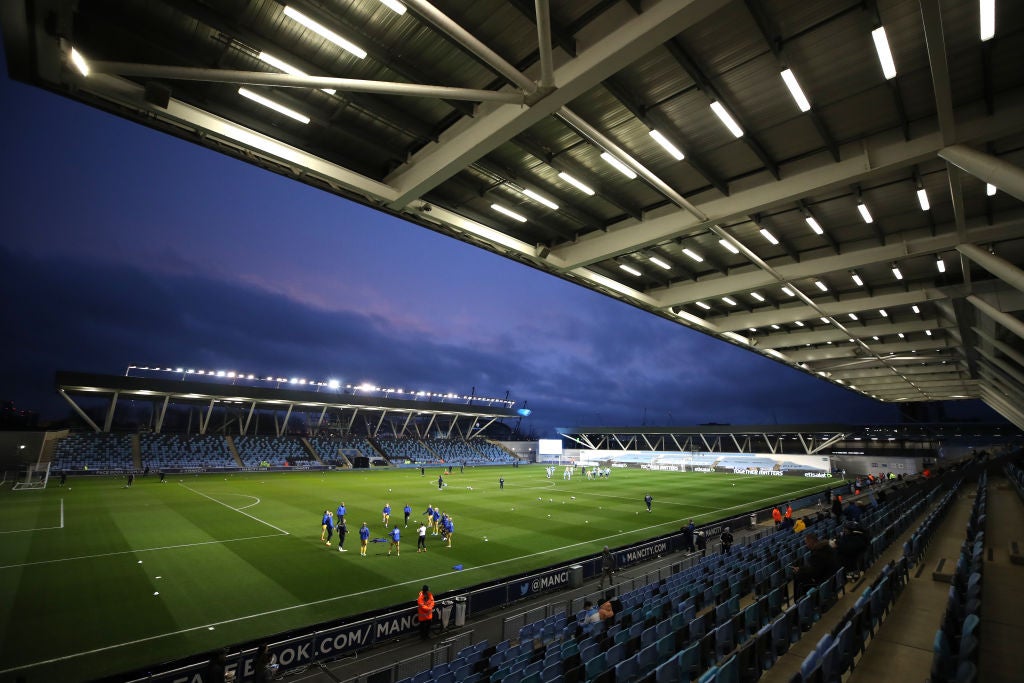 The Manchester City Academy Stadium has a capacity of 7,000 and will host two Iceland group games in July against Belgium and Italy.

Eight Euro 2022 matches have so far sold out, including the opening game of the tournament at Old Trafford between England and Austria on 6 July.

England’s two other group stage matches – in Southampton and Brighton – and the final at Wembley, have also sold out.

“Iceland’s two opening fixtures have sold out, alongside six other Euro 2022 fixtures, which highlights the huge level of interest in the tournament already,” organisers said.

“We believe that with two of the biggest football stadiums in England [Old Trafford and Wembley], four venues with a capacity of 30,000 or more, two venues over 10,000 and two stadiums under 10,000, the right mix of stadiums has been chosen to provide the tournament with a platform to fulfil its potential.

“We are confident that many matches will be sold out and are looking forward to more than doubling the total attendance of Uefa Women’s Euro 2017 in the Netherlands and delivering the best ever Uefa Women’s Euro.”