Guardiola: Haaland cannot win Champions League for Man City on his own

Erling Haaland has scored 100 goals in the 99 games he has played since he left Red Bull Salzburg in January 2020. The 22-year-old added to his impressive record during Manchester City’s 3-0 win over Wolves at the Molineux, netting his side’s second of the game for what was his 14th of the season so far.

Haaland has set the Premier League’s scoring charts alight since he joined the Sky Blues from Borussia Dortmund this summer. Two hat tricks in as many games against Crystal Palace and Nottingham Forest were particularly eye-catching moments. He is averaging a goal every 52 minutes and has broken a range of goalscoring records along the way.

He has already broken the record for most goals scored in his first five Premier League games, bagging nine over the period. He is also the first City player to score in his domestic and European debut.

His goal against Wolves also saw him break the record for most goals scored in the first seven Premier League matches, breaking the long-standing feat set by then Coventry striker Mick Quinn in 1992. Interestingly, it also equalled the record of goals scored after ten games. 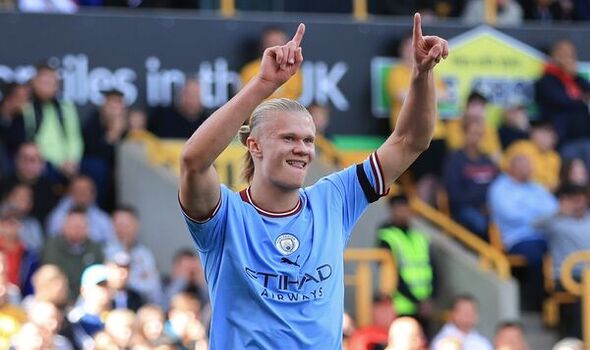 He has now scored 100 goals in the 99 games he has taken part in since leaving RB Salzburg in 2020. The vast majority of these came during his two-and-a-half-year stint in the Bundesliga with Dortmund, netting 86 times for the club.

The latest 14 have been scored for City, made all the more impressive by the fact they have come in just 10 games. His record deservedly saw him crowned the Premier League player of the month for August.

“I am delighted to win this award for the first time,” Haaland said. “It was an incredible start of the season for the team and I am grateful to everyone who voted. 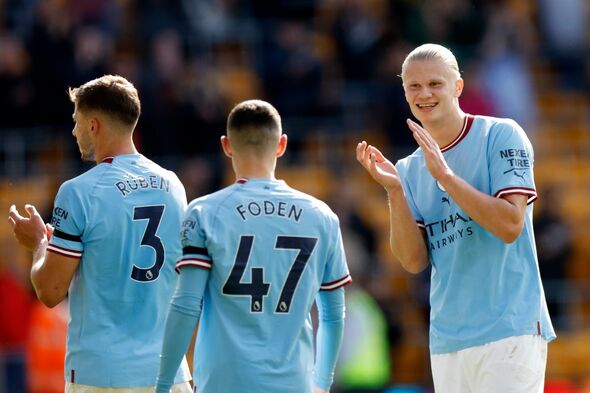 “We all wanted to hit the ground running this season, so winning four games out of five was a great start for us in what is the most challenging competition in the world.

“I am happy to have played my part by scoring goals. Hopefully, I can continue to support the team… and carry on our strong start to the season.”

It remains to be seen whether or not Haaland will continue his goalscoring form but given how well he is currently playing it seems likely that more records could tumble at his feet.