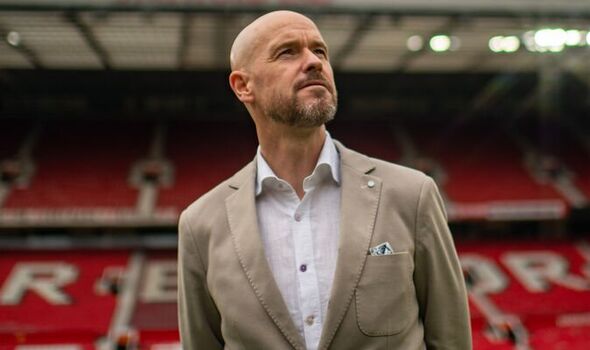 Erik ten Hag has incredibly warned Manchester United’s stars that they will be replaced by academy players if they do not meet his demands, according to reports. The Dutchman has apparently laid down his expectations in an email to all first-team players, insisting that big egos will not be tolerated under his management.

Former interim head coach Ralf Rangnick struggled to oversee a dressing room full of strong personalities, including the likes of Cristiano Ronaldo, Harry Maguire and Bruno Fernandes. New boss Ten Hag is keen for that not to be an issue following his arrival from Ajax.

In a cutting email to players, the 52-year-old has apparently warned that training levels will be intense and that their fitness will be the best it has ever been. The club’s FA Youth Cup-winning starlets will be drafted in should senior players fail to meet Ten Hag’s strong demands.

A first-team source allegedly told the Sun: “The new gaffer sent the first-team players an email, telling them that football is a team game and no individual is more important than any other.

JUST IN: Five Premier League deals that could be completed today

“His emphasis is all on the team. He wants the players to train at a higher intensity so that each session is like a game.

“The players have been told that their fitness levels will be the best they have ever been and that if they stick with him and back him, they will be fine. If not, they will be out the door.

“They will be drilled and drilled until they get it right. And if they can’t he’ll replace them with some of the promising youngsters.”

Rangnick frequently voiced frustrations over the squad’s physicality and fitness levels. He felt that was a key reason for some of their dismal performances last season, which contributed to a sixth-placed finish and the club’s lowest Premier League points tally.

The German was also keen to use some of the club’s young players towards the end of the campaign, with a few senior players cast aside. Attacking midfielder Hannibal Mejbri started the defeat by Crystal Palace on the final day of the season, while highly-rated forward Alejandro Garnacho was given substitute appearances.

Garnacho has already been called up by Argentina’s senior team amid interest from Spain. There is also a battle ongoing for the 17-year-old at club level, with United keen to fend off widely reported interest from Juventus.

He scored a brace in the Red Devils’ FA Cup final victory over Nottingham Forest. The Manchester Evening News report that United are in discussions over a new contract, despite professional terms already coming into play when the youngster turned 17 in July 2021.