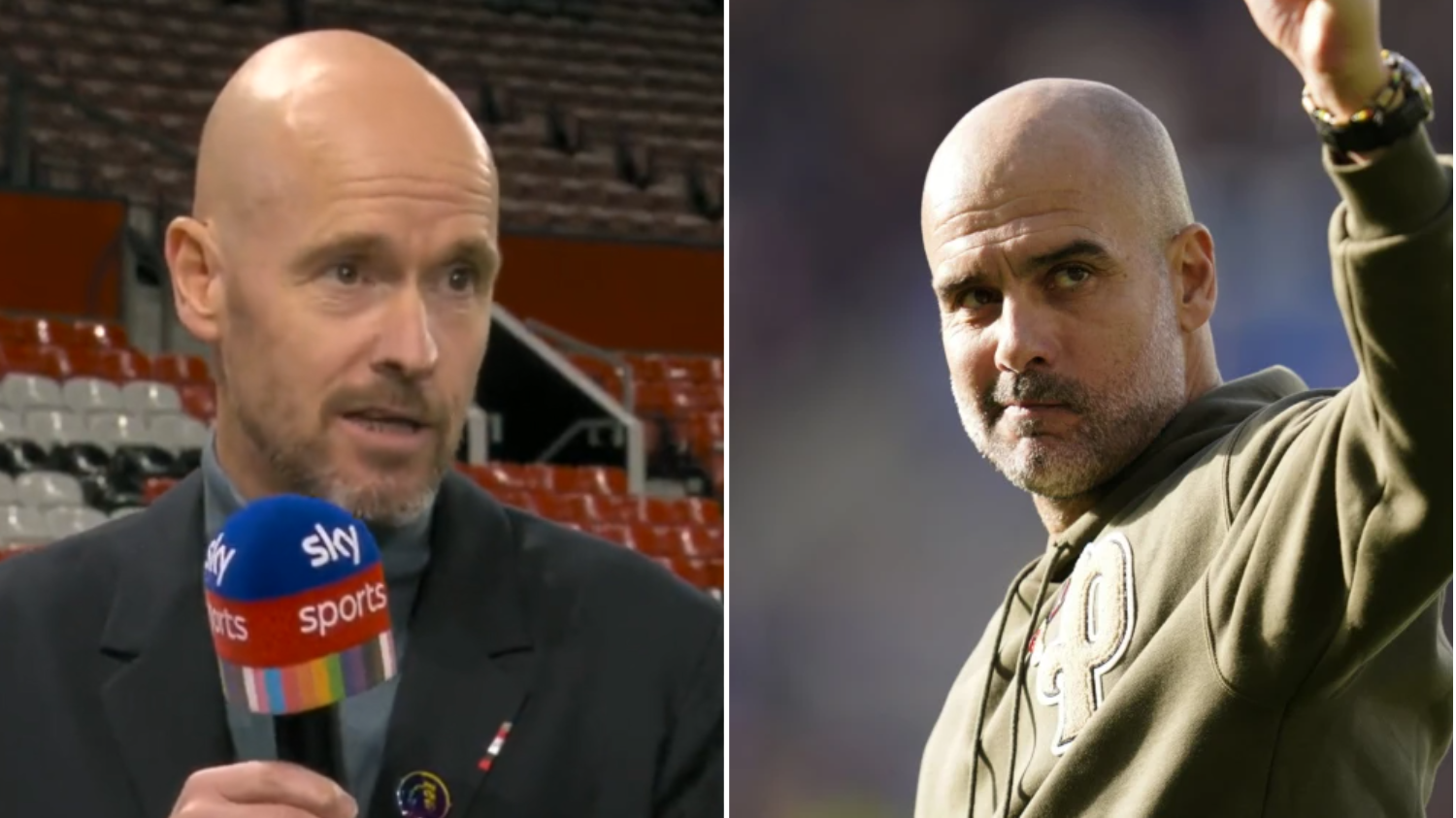 Erik ten Hag has responded to Manchester City manager Pep Guardiola claiming Manchester United are on their way back to challenging for titles.

Speaking at his pre-match press conference on Friday, Guardiola revealed his admiration for Ten Hag’s United.

Following a dismal start to the season, the Red Devils have largely impressed under former Ajax boss Ten Hag.

‘I have the feeling United are coming back,’ Guardiola said of a club who have gone five successive seasons without silverware.

‘Finally United is coming back – I’ve seen it on Thursday [the 3-0 win over Sheriff Tiraspol], and against Chelsea in the first half [of the 1-1 draw last weekend].

‘I said I like what I see of United right now. There will be a lot of teams like United fighting. That’s why you have to fight to qualify for the Champions League and fight for the title.’

Marcus Rashford scored his 100th goal for Manchester United as Ten Hag’s side extended their unbeaten run to eight matches with victory over West Ham on Sunday.

‘In the second half we have to manage it better. But the spirit we have is fabulous.

‘We have the quality to score goals, but attacking football effectiveness we have to improve that. But we are going in the direction, but being a threat is a long way to go.’

While Ten Hag was keen to play down Guardiola’s praise of Manchester United, he admitted the team were going in the right direction after they climbed to fifth in the Premier League.

The Dutch manager added: ‘At the start, it was difficult but we are coming more and more to that point.

‘We do it together, the spirit in the team is good you can see it in every header, they support each other and cover each other.

‘The fans like it as well and you can see the bond that is coming and developing between the teams and the fans.’