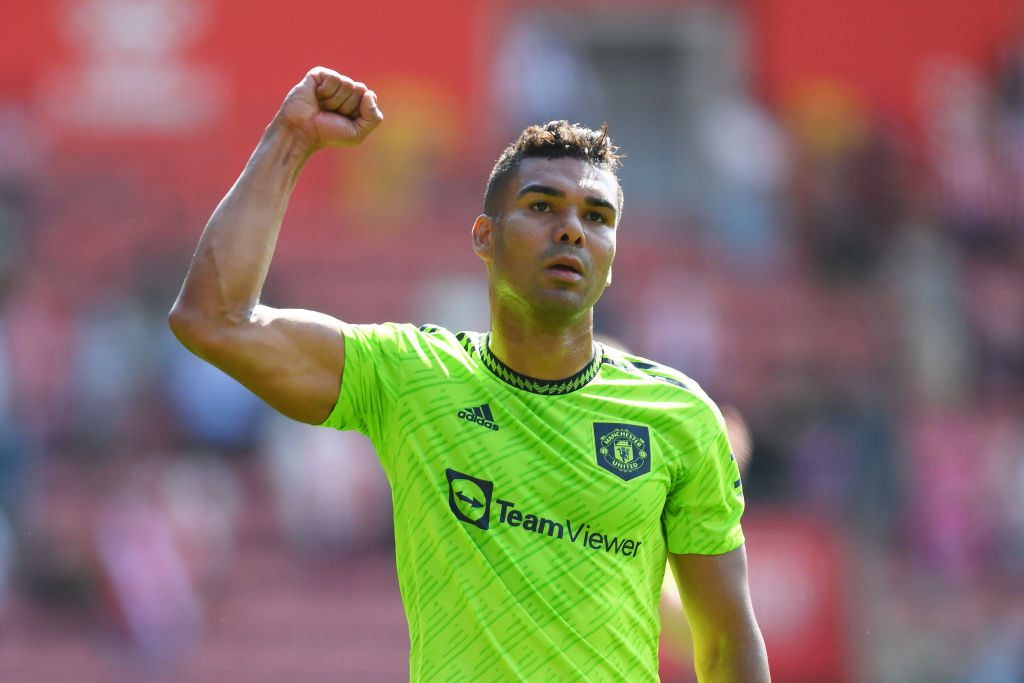 Manchester United boss Erik ten Hag says Casemiro is ready to make his full debut for the club, in a hint that he could start against Arsenal this afternoon.

The Red Devils take on league leaders Arsenal at Old Trafford, with the Gunners looking to extend their lead at the top to four points.

United finished the transfer window as the division’s second highest spenders, having spent around £220m on the likes of Antony, Lisandro Martinez and Tyrell Malacia.

The pick of United’s arrivals was Casemiro, with the Real Madrid ace arriving in a £60m deal from the Champions League winners.

But the Brazilian has had to wait for his full debut for the club, with Ten Hag opting to bring him on from the bench in his first two matches at the club.

However, the Dutchman has suggested that Scott McTominay or Christian Eriksen could make way for Casemiro today as he’s ready to be ‘unleashed’.

Asked by Sky Sports if he’s ready to be ‘unleashed’, Ten Hag said: ‘I think so. He is used to playing big games.’

Alternatively, Bruno Fernandes could drop to the bench to allow Eriksen to play in a more advanced role but Ten Hag has plenty of options against Mikel Arteta’s side.

Antony is likely to settle for a place on the bench as he seeks to make his debut for the Red Devils following a £84m move from Ajax.

Both Arsenal and United will be looking to capitalise on dropped points from Liverpool and Manchester City on Saturday.

Liverpool were held to a 0-0 draw with local rivals Everton, while Aston Villa fought back to earn a share of the spoils against City later in the day.