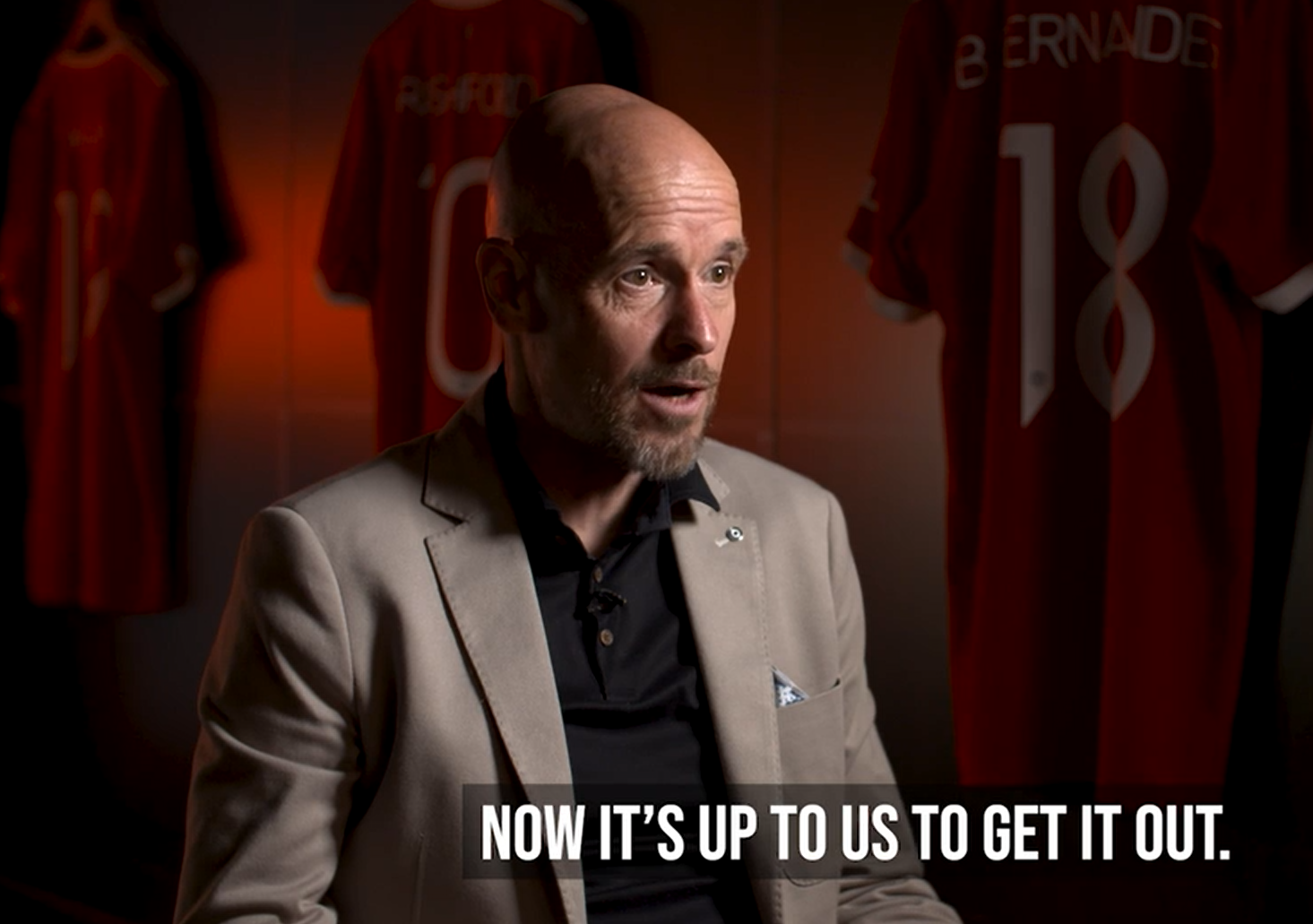 Erik ten Hag has issued a warning to the Manchester United squad in his first interview as manager, telling the underperforming players that ‘good is not good enough’ under his regime.

Ten Hag officially took over United on Monday morning, having signed a three-year deal with the club last month.

The Dutchman arrives at Old Trafford from Eredivisie champions Ajax and joins a Manchester United side who finished just sixth in the Premier League this season.

United were expected to challenge for the title after finishing second in 2020-21 and signing Cristiano Ronaldo, Raphael Varane and Jadon Sancho last summer.

But the club’s struggles since Sir Alex Ferguson’s retirement in 2013 continued, with Ole Gunnar Solskjaer sacked in November and Ralf Rangnick struggling in his role as interim manager.

Ten Hag says bringing success back to Old Trafford is a ‘big challenge’ and has warned his squad he expects them to ‘co-operate’ and buy into his ‘total high-pressing’ style of football.

‘That is what I expect,’ the 52-year-old said in an interview with MUTV. ‘I have high expectations from myself and that is also what I demand from my squad.

‘They have to co-operate together and they have to give every day their best. And I would say, for me, good is not good enough. We have to do better.’

‘We have to do the pressing, the total high-pressing – that is a similarity to Ajax also – and the adventurous football.’

Ten Hag won three Eredivisie titles at Ajax and will hope to enjoy more success at Manchester United, who have gone five successive seasons without lifting a trophy.

‘There’s potential and now it’s up to us to get that out. It’s a process, it will take time but I’m convinced we will come to that point where we get success. We have to work hard and it has to be based on the right philosophy and strategy.’