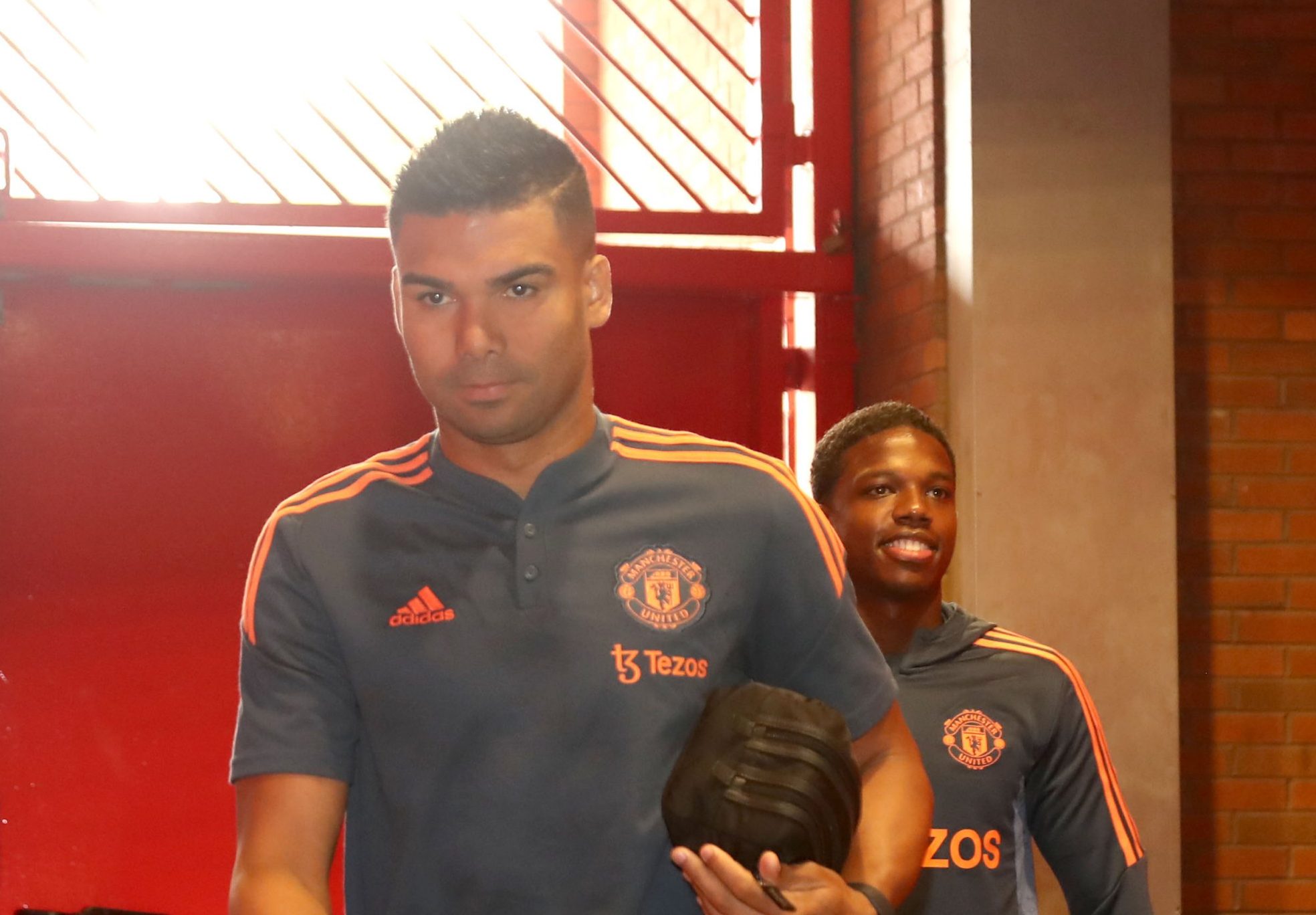 Erik ten Hag says Casemiro still has to ‘adapt’ to the Manchester United side after being left on the bench for the Premier League clash against Arsenal on Sunday.

Casemiro is still to start for his new side following his £70million arrival from Real Madrid in August.

The Brazil international has made appearances off the bench against Southampton and Leicester City but was expected to come into the starting XI for the visit of Mikel Arteta’s side, who are top of the Premier League having won their opening five games of the season.

Scott McTominay retains his place in the side alongside Bruno Fernandes and Christian Eriksen, however, with ten Hag admitting the Scot’s recent performances have also contributed to his decision to keep the five-time Champions League winner among the subs.

‘He is new in the team, he has to adapt to the team. He has to get used to my way of playing football,’ ten Hag said ahead of kick-off.

‘The other thing, Scott McTominay is playing really well.’

Casemiro’s fellow Brazil international Antony does come straight into the side, however.

The winger finally sealed his move to Old Trafford on transfer deadline day for a fee of £86m and despite also missing Ajax’s last two games as forced through a move, ten Hag has seen fit to start him against the Gunners.

‘He knows the style we want to play and what we expect and demand.

‘He can be an offensive threat with his speed in one on ones,’ ten Hag said of the decision to start Antony.

Elsewhere in the side, Marcus Rashford once again leads the line with Cristiano Ronaldo still among the subs.

Captain Harry Maguire is also on the bench as Raphael Varane and Lisandro Martinez continue their partnership at the heart of defence.

Martin Dubravka is also among the subs, following his arrival on loan from Newcastle United.