‘We will not overestimate this result’: Erik ten Hag downplays Man United’s 4-0 win against Liverpool… with Red Devils boss insisting he still saw ‘a lot of mistakes’ from his side despite dominant victory

Erik ten Hag isn’t getting carried away by Manchester United’s 4-0 win over old rivals Liverpool in his first game in charge.

United surged into a three-goal lead before half-time in Bangkok with Jadon Sancho, Fred and Anthony Martial all on target. Facundo Pellistri added a fourth before the end to get Ten Hag’s reign off to an excellent start.

But Liverpool boss Jurgen Klopp changed all 10 outfield players after half an hour and again on 60 minutes, with Ten Hag also making 10 changes at half-time. 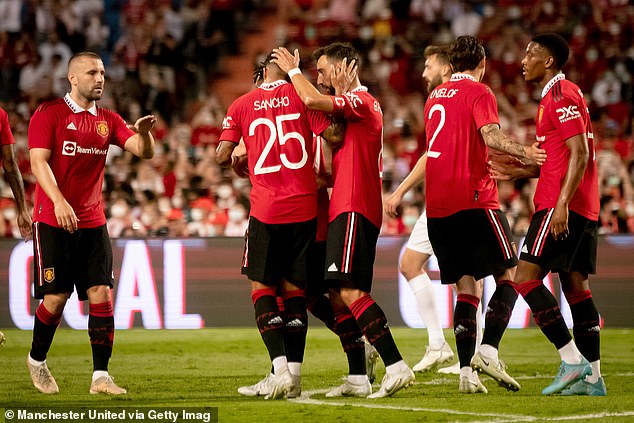 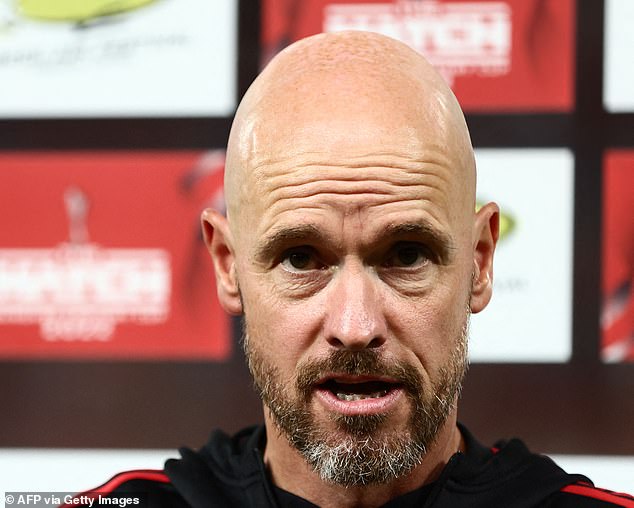 The Dutchman was keen to play down the significance of the result against a team that beat United 9-0 on aggregate in the Premier League last season, saying he was happy but had seen ‘a lot of mistakes’.

‘I’m satisfied today,’ Ten Hag told MUTV. ‘It was a team with a great spirit and we know we are just getting started. We made some mistakes in the press, we conceded some chances, but we created a lot.

‘We have to work hard to cut out the mistakes but, of course, we are happy. I know we have good players. We have started to build a team and I am happy with the first game.

‘It will take a lot of time. I have seen a lot of mistakes. Liverpool played three teams, they were not at their strongest. We will not overestimate this result.

‘But still, I have seen some really good things. A lot of speed and creativity up front.’ 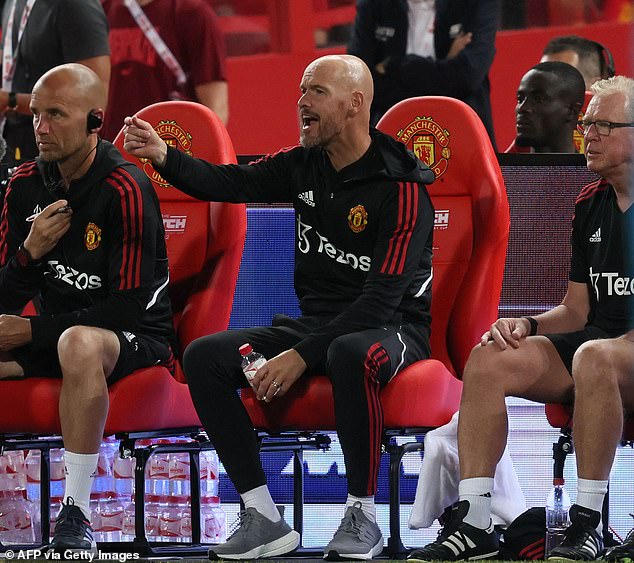