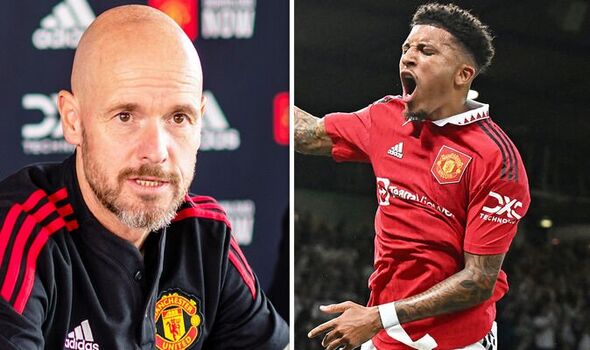 Erik ten Hag is confident he can get Manchester United duo Marcus Rashford and Jadon Sancho back to their best this season. The England pair scored in Monday’s win over Liverpool at Old Trafford and Ten Hag hopes that is the catalyst for a huge improvement from them both.

Rashford has struggled in the last two seasons at United, while Sancho is yet to show his true potential since his £73million move from Borussia Dortmund last summer. The attackers have started the first three Premier League matches of the season.

But it was undoubtedly their best showing in the victory over their old rivals. Speaking at his press conference on Friday, Ten Hag insisted he will do all he can to ensure that wasn’t a one-off.

“You see it when you bring it on the pitch and you can see the impact they can have. I was really happy that they scored the two goals, because I hoped that it will give them the push that they can do the hard work and contribute in defending and pressing, but also contribute to creating chances and taking chances, which is what they are really good at.

“It’s about when they believe that they will do it.” Rashford in particular struggled last season.

His goal against Jurgen Klopp’s side was his first in the Premier League since January. Ten Hag has revealed he has high hopes for Rashford following his first few months working with the 24-year-old.

He added: “I was convinced about that from the first moment in pre-season. He impressed me and I knew already before that he was a magnificent talent and player. 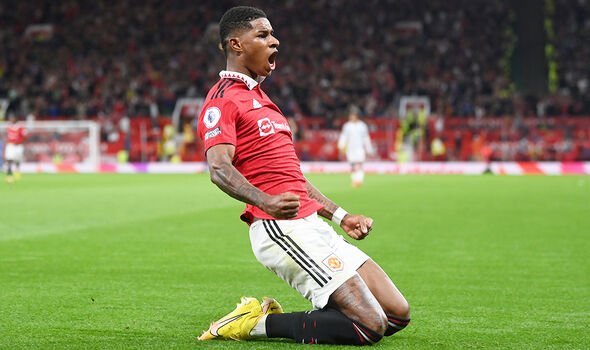 “He showed in every training session he’s positive, has good energy and in pre-season he was good. I hope he will carry on like this and be positive and, with his movements, he will create chances, the team will create him chances and he has to believe that the team will do that.

“Then it’s about getting the right finish, but I’m convinced that he can stay with that belief. I think he can play every role, as you saw last Monday.

“But I think it was really good to make that substitution, with Anthony Martial and moving Marcus to the left, because we know his inside runs are really dangerous and we saw that with the second goal.”