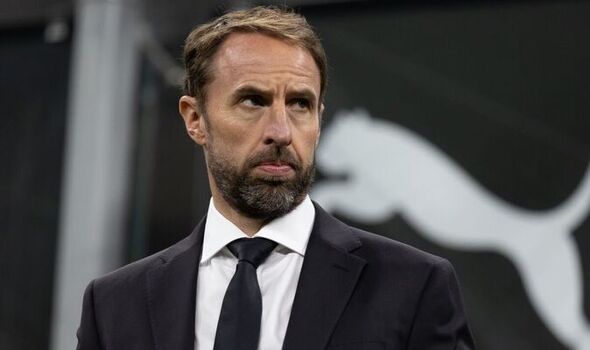 England boss Gareth Southgate will hand Three Lions recalls to Marcus Rashford and Ben White for the Qatar World Cup, according to reports. However, there will be devastation for James Maddison as he is set to miss out on travelling to the tournament.

Southgate will name his 26-man squad for the World Cup on Thursday afternoon. The 52-year-old is making tough phonecalls tonight and tomorrow, having already informed stricken Chelsea ace Reece James that his fitness is not worth risking.

James’ exclusion reportedly means there will be a recall for Arsenal defender White, who can play at right-back and centre-back. The former Brighton man’s versatility could make him crucial as Southgate decides on whether to play with a back four or back three.

Rashford’s revival at Manchester United under Erik ten Hag has done enough to convince the England manager that the 25-year-old deserves to be back in the Three Lions team. The forward has not played for his country since missing one of the penalties in the devastating Euro 2020 final defeat by Italy at Wembley Stadium last year.

The Guardian report that Rashford and White will be included in the list of 26 players that is set to be officially announced early on Thursday afternoon. But there will be no place for the Leicester playmaker Maddison, whose good Premier League form has prompted plenty of clamour for him to go to Qatar.

Despite James being told that his knee injury will prevent him from playing at the tournament, Manchester City pair Kyle Walker and Kalvin Phillips appear to have won their races to be fit. Walker has completed a remarkable two-month recovery from groin surgery, while Phillips has played just 14 minutes this season because of a shoulder problem.

One of Southgate’s biggest decisions comes in the form of picking a back-up to captain Harry Kane. Callum Wilson, Ivan Toney and Tammy Abraham are all battling to be the striker picked.

Newcastle forward Wilson is currently the favourite, the report claims, with his six top-flight goals in a soaring Magpies team giving him an advantage over Toney and Abraham. The latter has struggled for form with Roma this season, scoring just twice in 13 Serie A outings.