The 67,000-strong crowd at Old Trafford marked a record attendance for the competition, beating the previous highest attendance seen at Arsenal in 2007. 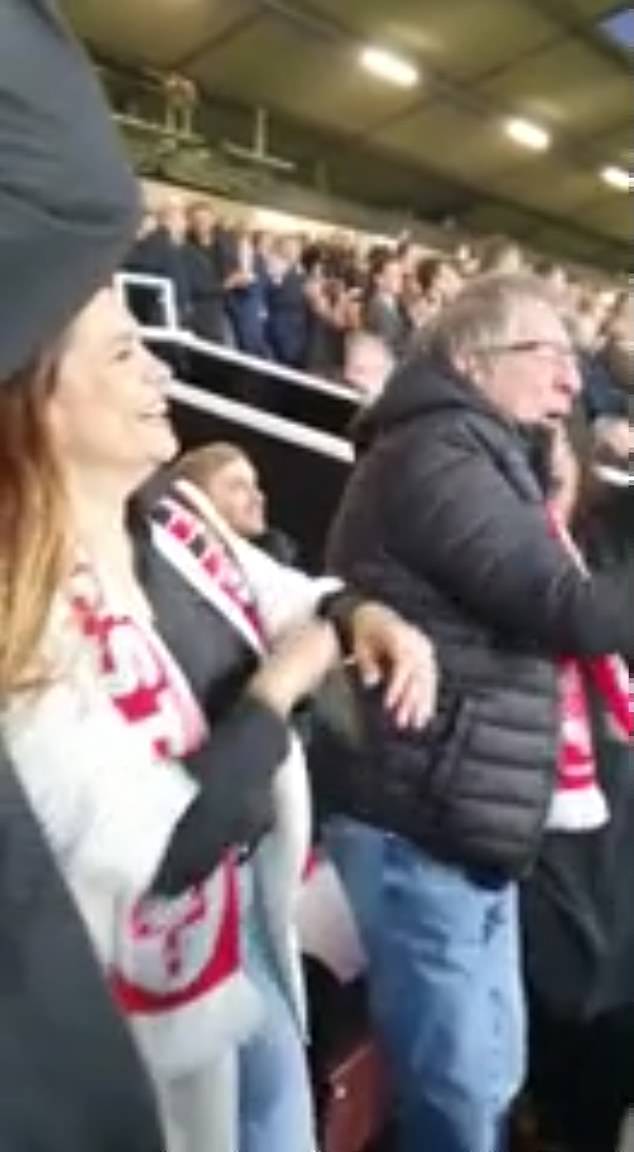 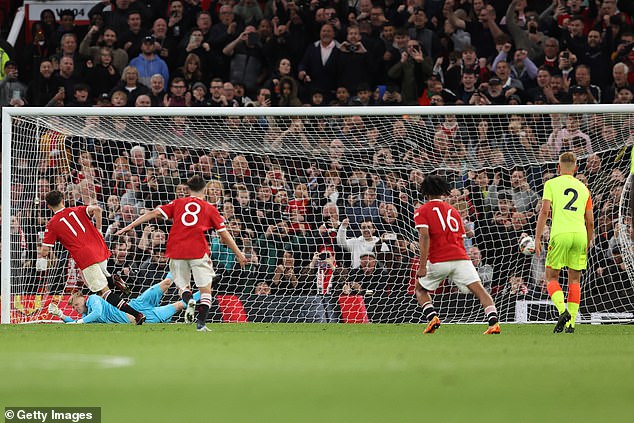 In the clip, recorded by a fan sat in front of Garnacho’s family, the Argentine-Spanish’s parents and grandparents can be seen emotionally embracing after his penalty in the 78th minute.

With fans celebrating all around them, the four family members allow themselves a brief moment of time to celebrate their loved one’s crucial goal.

With the stadium announcer reading out the Argentine’s name, fans all around the family can be heard bellowing their new favourite son’s name back. 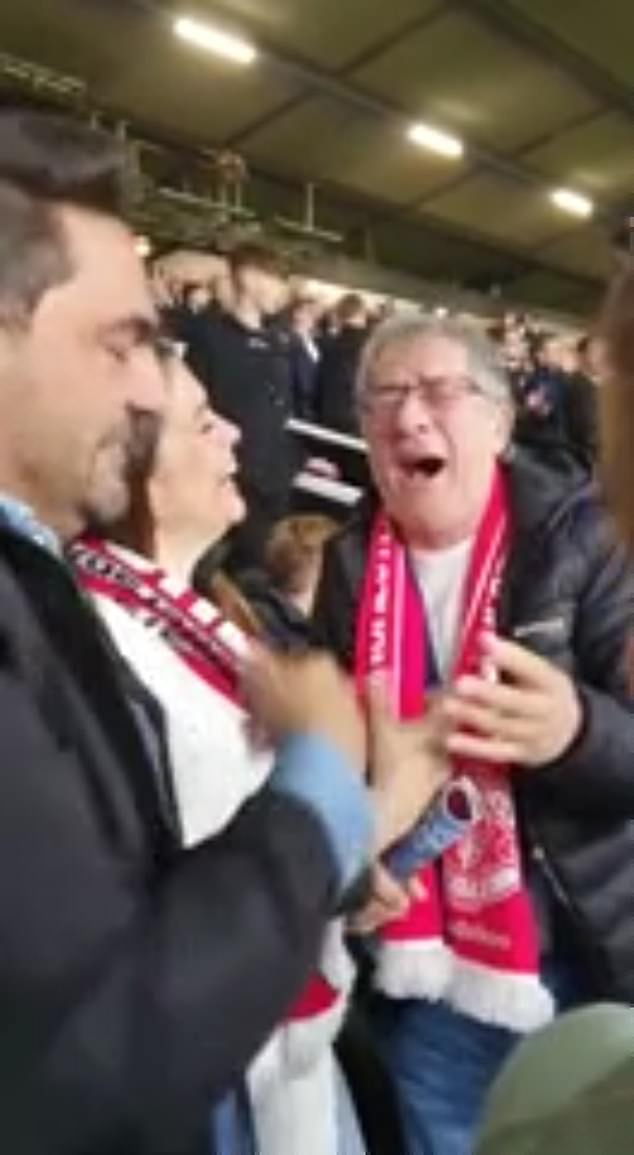 With Forest pressing for an equaliser late on, Garnacho was allowed time to score a decisive third goal for United, ensuring they won the Youth Cup for the first time since 2011.

An adventurous run down the left flank ended with a shot that was wickedly deflected into the Forest goal, sparking wild scenes amongst the players on the pitch and supporters in the packed Old Trafford stands.

Last month, Garnacho made his senior debut for the club and his parents and grandparents were likewise filmed crying tears of joy as he ran on for the first time, replacing fellow youth starlet Anthony Elanga. 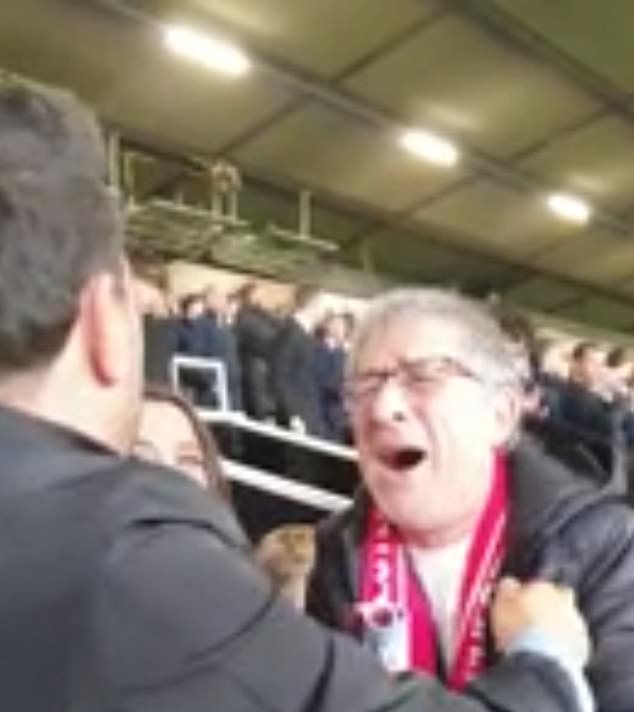 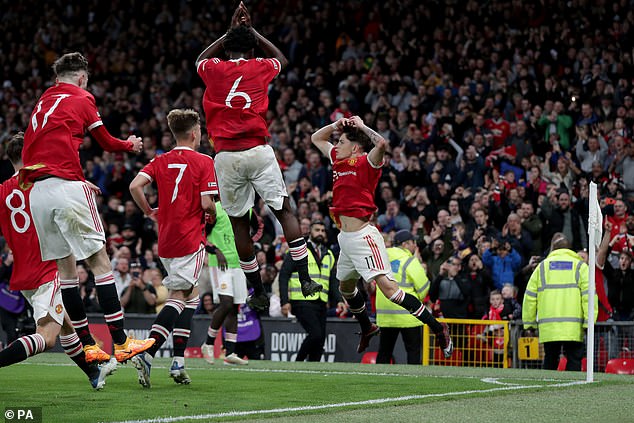 Much to the delight of the Old Trafford crowd, the Argentine brought out the ‘siuu’ celebration

Meanwhile, Garnacho, who qualifies for both Spain and Argentina, could be seen after the game holding the Argentine national flag of his mother’s side, for whom he has declared his international allegiance.

Having previously appeared for the Spanish u-18 side last year, Garnacho switched his national allegiance to Argentina. In March, he was called up to the 33-man squad before making his u-20s debut later that month against the United States.

In a poor season for the United first team, fans on social media have often been heard calling for the introduction of more youth team players into the senior fold.

‘So heart-warming. At this point I’m more invested in this youth team than the main,’ one fan wrote on Reddit.

Meanwhile another wrote: ‘The senior team hasn’t played a meaningful game in what feels like months, this was essentially the high point of the season.’ 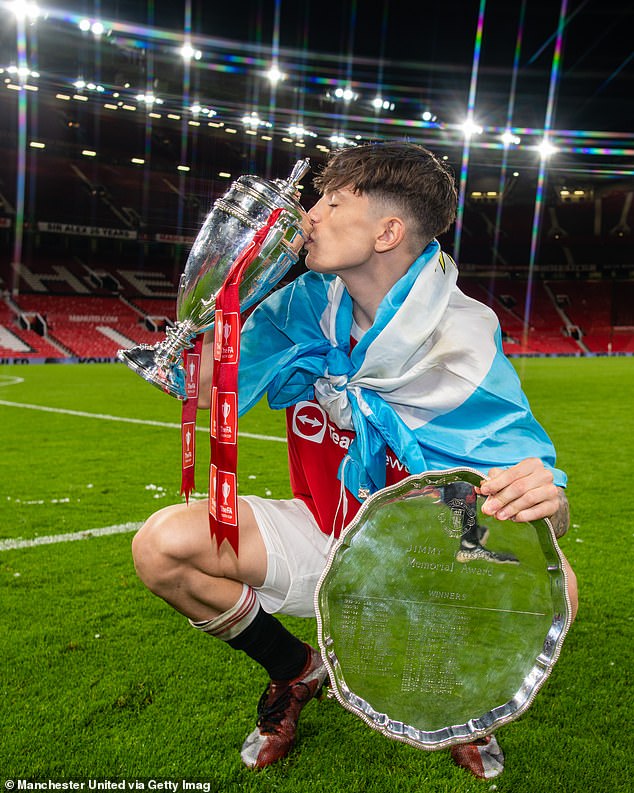 After the game, the youth player could be seen clutching the trophy alongside his youth player of the year award