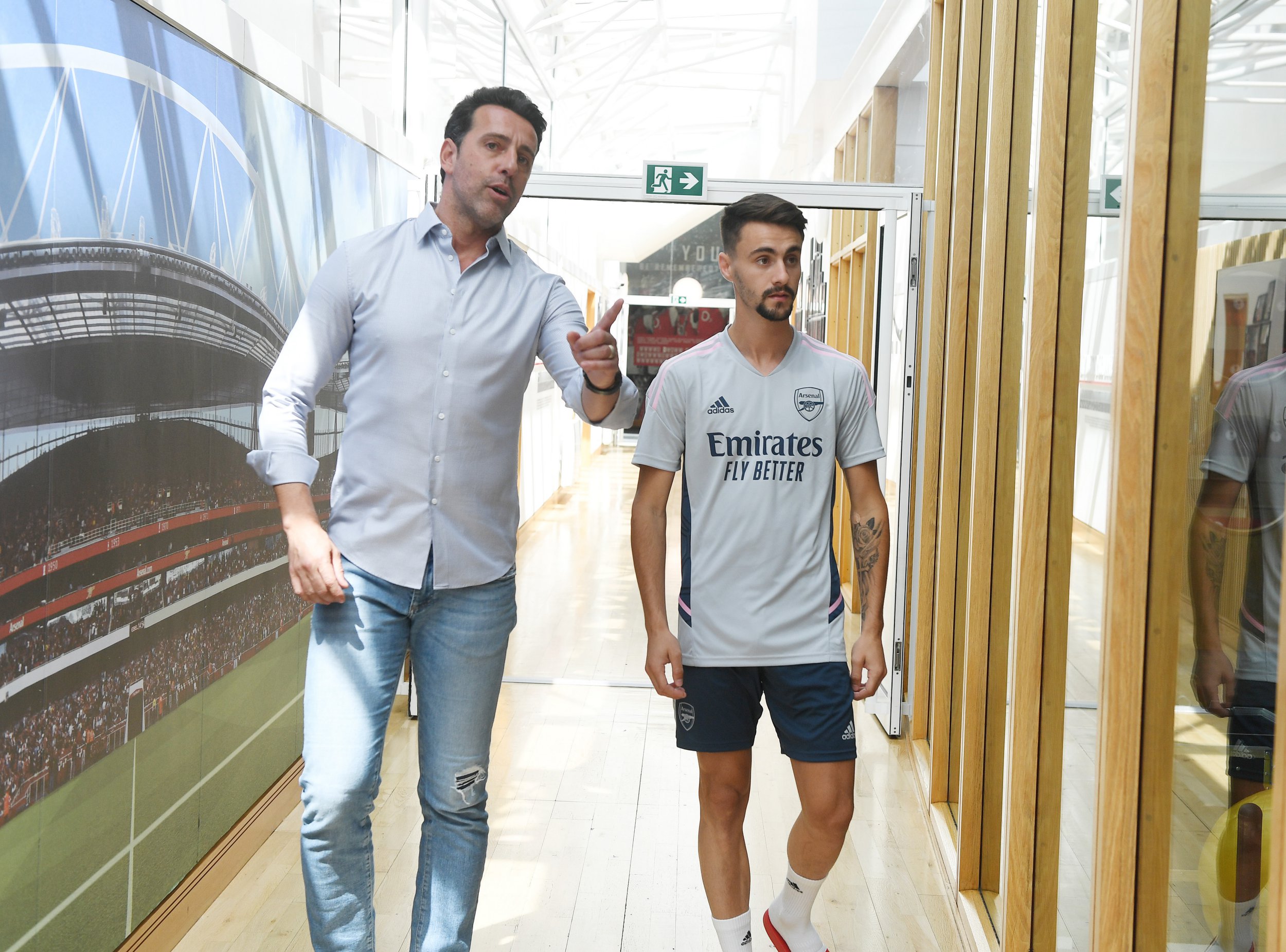 Edu says he is ‘very excited’ for Arsenal’s transfer window after the club completed a £34 million deal for Fabio Vieira.

The 22-year-old midfielder joined from Porto on Tuesday, while the Gunners continue to push for Manchester City forward Gabriel Jesus and Leicester City’s Youri Tielemans.

And Edu says Arsenal’s summer window will be a culmination of months of planning.

‘When you go to the summer, when you start the summer [transfer window], we plan six months, seven months or eight months before we face the summer,’ Edu told Arsenal’s official website.

‘The summer is just a consequence of what we’ve been working a lot to try to find the best players, the best targets, identify really what we need in the squad, so when we start [the summer] we are prepared.

‘Fabio is a good example because we moved quickly because we prepared to get Fabio a long time ago, and then when we face it we make the things happen.’

Asked if investing in youth is a central part to Arsenal’s transfer plan, Edu said: ‘One hundred per cent.

‘That has to be Arsenal. We have to go into the market for exciting players with the right age, right attitude and right mentality. We want to see a club like Arsenal with a young squad, an exciting squad with a big, big future because as I said last summer, the idea is to have a young squad.

‘We want to give them the opportunity to play together for two, three, four, five or six seasons.

Asked what the next few weeks will bring for Arsenal, Edu said: ‘Yes, I’m quite excited.

‘I hope we can give to the fans some good news.’