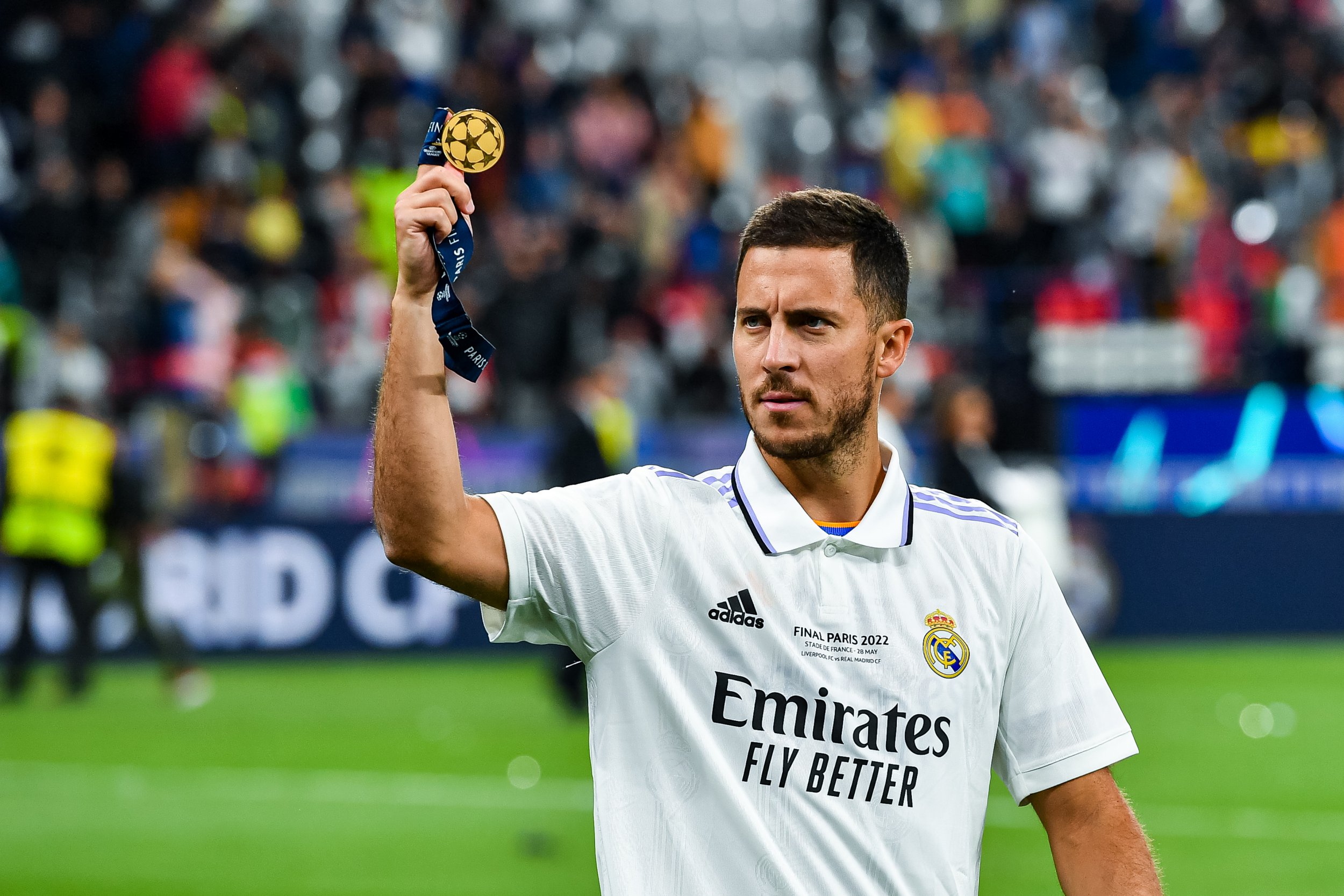 Eden Hazard has promised to remain at Real Madrid for another season after being linked with a return to the Premier League.

The 31-year-old has struggled with injuries ever since his move from Chelsea in 2019 in a deal worth £88.5 million plus add-ons.

This season, Hazard started just seven games in La Liga and played a total of 83 minutes in the Champions League.

He finished the campaign with one goal and two assists in 23 appearances.

Reports have claimed that Madrid are open to cutting their losses on Hazard this summer, with Newcastle United and Chelsea both linked with a move for the Belgium international.

But during Madrid’s Champions League celebrations on Sunday evening, Hazard told supporters that his intention is to stay at the Santiago Bernabeu for another year.

‘Madridistas, I’ve been here for three years with many injuries, with many things,’ Hazard told Madrid supporters.

‘But next year I’m going to give it all for you.’

Meanwhile, Carlo Ancelotti also insisted earlier this month that Hazard would not be leaving Madrid.

‘His plan is quite clear. He stays,’ Ancelotti said.

‘He has a lot of motivation because he hasn’t had a good time these last few years and he wants to show all of his quality, which for many reasons he hasn’t been able to do.’