Eddie Howe has warned his Newcastle players not to seek retribution on Manchester City’s Jack Grealish after his disparaging comments about Miguel Almiron.

Grealish, filmed during City’s bus parade after winning the Premier League in May, joked that one of the secrets behind their final-day comeback against Aston Villa was Riyad Mahrez being substituted because he’d ‘played like Almiron’.

Howe, though, does not want his men to target the City forward at St James’ Park tomorrow. ‘We need to play the game with cool heads,’ said Howe. 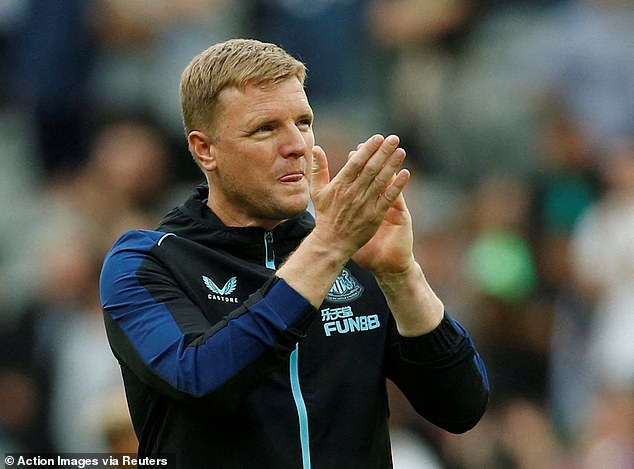 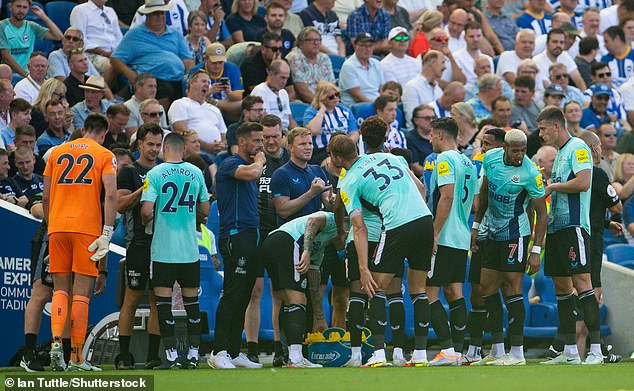 ‘We need to have fire in our hearts, but we need to play with discipline. We can’t lose that. We need to keep 11 players on the pitch in every game this season.’

Howe also defended Almiron, adding: ‘There’s so much more to come from Miggy. He epitomises the way we want to play out of possession but, on the ball, he’s done some very good things and he’s continuing to improve.’

Meanwhile, Howe says Bruno Guimaraes will not be sold amid interest from Real Madrid.

‘We’re trying to build a squad here. We want to enhance the group, not take away our best players,’ he said.