He only turned 19 on Sunday but Ansu Fati is used to carrying the weight of Barcelona on his shoulders.

He smashed a deflected Oscar Mingueza cross into the roof of the net to give his team a 1-0 win over Dynamo Kiev and keep Barcelona alive in the Champions League on Tuesday night.

‘The victory is for Kun,’ said Fati after his goal gave Barcelona their first victory away from home in any competition all season. 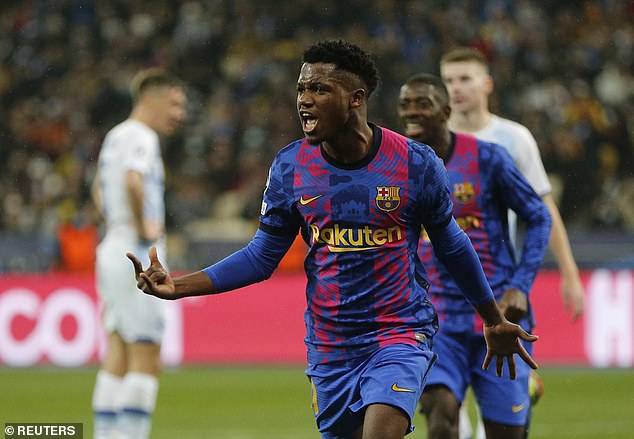 ‘We hope he is back with us soon,’ he added of team-mate Sergio Aguero who was told to rest for three months this week because of a heart problem.

It’s another player missing for Barcelona and another reason they are relying on Fati – he did not let them down.

He had scored on his comeback after almost a year out injured. He scored again against Valencia but he had not hit the back of the net since signing a new contract that will keep him at the Camp Nou until 2027 unless someone pays his billion euro release clause.

He is the hope left at Barcelona, the kid who wanted Lionel Messi’s old number 10 shirt when no one else did and his goal leaves Barcelona with Champions League qualification in their own hands. When Xavi takes over at the start of next week he will still be in the competition he won four times as a player.

Barcelona had started with all the belief and intensity missing in recent games. Memphis Depay had their first chance inside three minutes after good work from Gavi who was proving once again that as well as being a huge midfield prospect he can also play further forward. 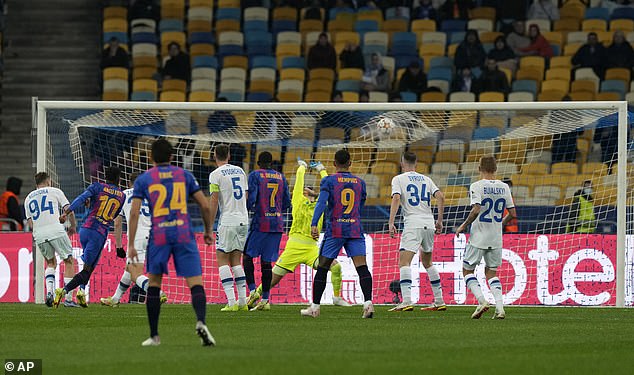 The early pressure did not bring its rewards however. When Clement Lenglet hit the post with a header the flag was raised so it would not have counted. But Nico’s header would have, if only Memphis had not blocked it in the six-yard box.

Dinamo had their chances too. Mykola Shaparenko put their first one well wide. He made better contact with his second chance but Marc Andre ter Stegen made the save.

At the restart Oleksandr Karavayev’s curling shot went just wide as the home side threatened once more. Barcelona needed someone to do something special and Fati stepped forward.

First he tried to win a penalty. Referee Ovidiu Alin Hategan pointed to the spot but checking the pitchside monitor who saw that for all that Fati was still down on the turf, he had not been fouled. He had kicked Oleksandr Syrota or even possibly his own standing leg, either way he had done the kicking and play continued. 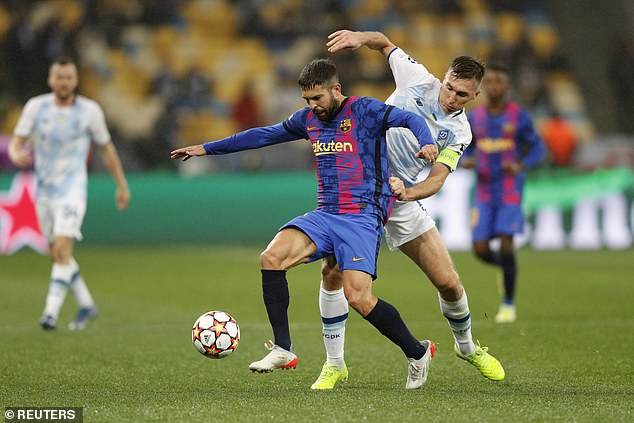 But Ousmane Dembele was now on and his first sprint at the heart of the Kiev defence seemed to inspire even more belief. With their next attack Mingueza sent a cross over from the right. It bobbled up awkwardly but Fati had it in his sights putting his foot through it into the roof of Georgi Bushchan’s net.

It was his first goal in the Champions League this season and his third in all competitions.

It would all have been for nothing had Marc Andre ter Stegen done his job at the other end. Viktor Tsygankov’s shot was going in when the German keeper clawed it out of the sky.

Even then Barcelona could have thrown it away. When Busquets appeared to haul down a Dinamo player. But the referee was unmoved and with Dembele’s pace giving them the out ball when they were under-pressure they held on to fight another day. 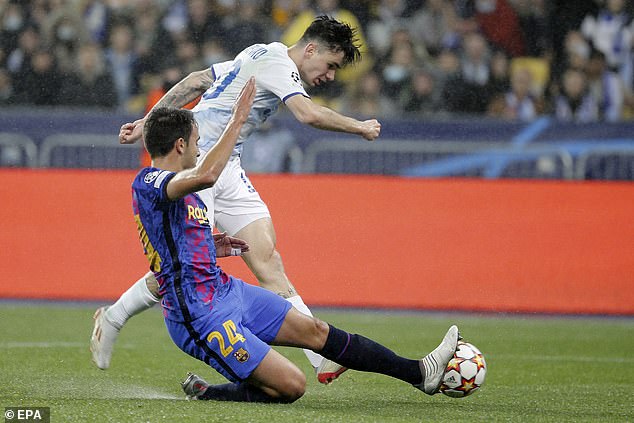