The 25-year-old was expected to feature regularly after Erik ten Hag’s arrival, having been managed by his compatriot during his time at Ajax.

But Van de Beek suffered an injury in August which kept him out for almost two months before returning in the win against Sheriff Tiraspol last week. 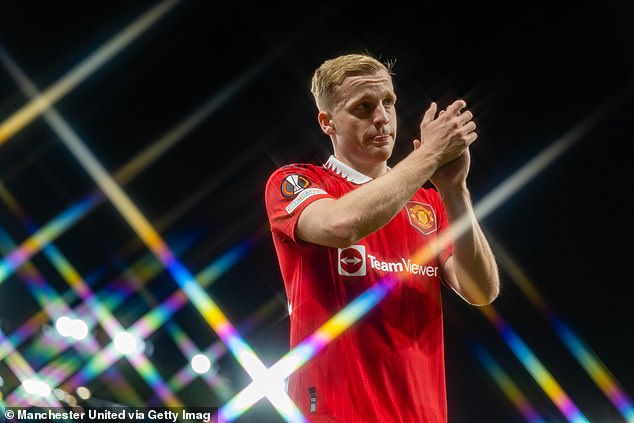 He has opened up on his frustration with the injury but is now looking to impress and take some of the burden off his team mates.

Speaking to the club website, Van de Beek said: ‘To be injured is the most difficult thing for a player.

‘You want to be on the pitch, around the guys in the stadium, feel the grass and, yeah, it’s a hard time if you are injured. 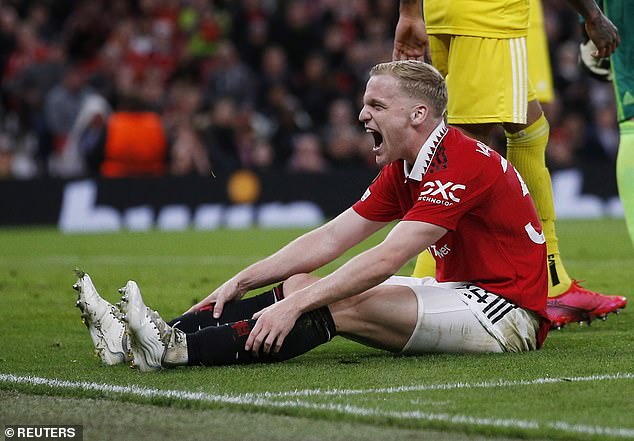 ‘I’m happy to be back and have to stay fit for a longer time and just try to help the team. I feel great, I feel good and what I’m saying is I just need to keep going and, if chances come, I have to take them.

‘It [playing an attacking role] is also one of the points how I can maybe help the team, play in between the lines and make my runs with the ball, give some passes. I just do my best and have to stay fit and just help the team.

‘Yes [it’s been hard], especially for some of the other guys who have played so many games. ‘I was out for a while so, for me, it’s a little bit different.’ 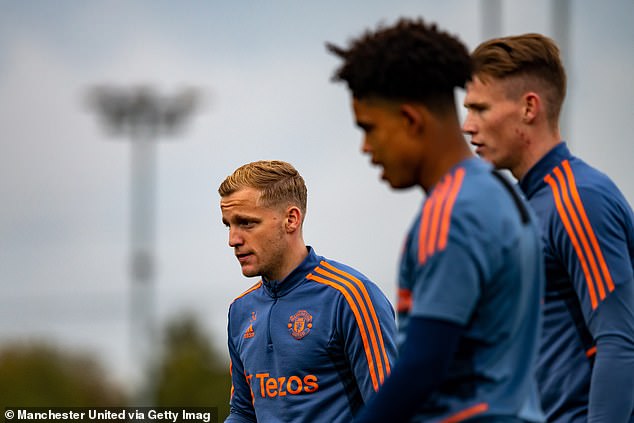 Van de beek has struggled to make an impression since joining from Ajax for £39.6million in 2020. He spent the second half of last season on loan at Everton before returning to United.

Ten Hag strengthened his midfield options this summer with the signings of Casemiro and Christian Eriksen, who both appear to currently be the first choice pairing.

Van de Beek made three league appearances off the bench in the early stages of the season before making his return in the Europa League last week.