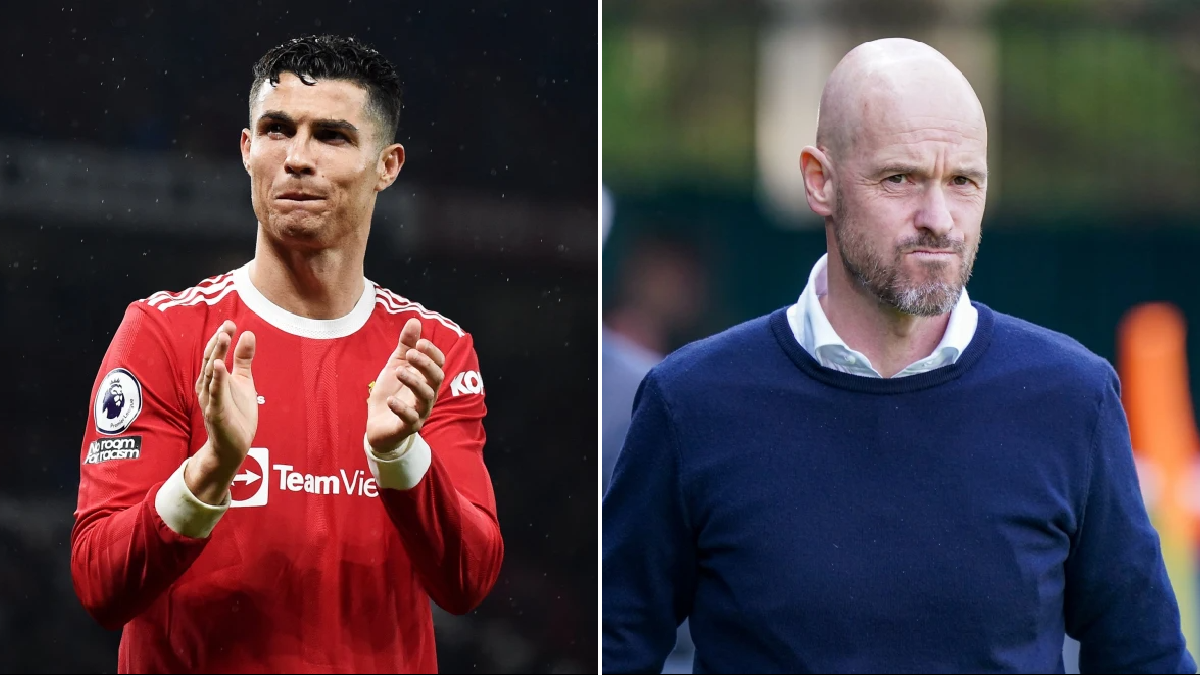 Former Manchester United striker Dion Dublin sees no reason why Cristiano Ronaldo would choose to stay at the club this summer.

Ronaldo has been United’s shining light during a limp end to the season, scoring nine of his side’s last 13 goals having hit 24 in all competitions since returning to Manchester last summer.

The Portuguese has 12 months left on his contract at Old Trafford but with the club set to miss out on Champions League qualification his future remains uncertain.

Incoming manager Erik ten Hag has reportedly reached out to the 37-year-old to tell the veteran he will be part of his plans going forward.

While he believes his former side will be ‘lost’ without Ronaldo, Dublin believes their talisman will be looking elsewhere.

‘Does he go back to Italy or Spain I don’t know where he goes. I find it hard to see him staying at United unless something is done incredibly quickly.

‘Then again, I don’t know where he goes. I think United will be lost without him so I am hoping he is going to be [staying at] United without a doubt.

‘But I don’t know why he’d stay to be honest with you.

‘Unless the new manager says right £300million, these players are coming in, please stay. Otherwise I think he’s gone.’