Manchester United’s players are taking on board the message they need to display a more positive body language.

‘There are times you will show frustration but we want to build that positive body language. It gives us energy and the other team less motivation,’ he said. 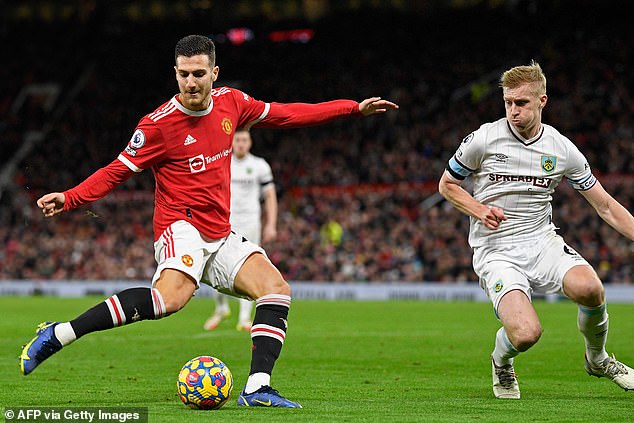 ‘We want to be positive and have momentum, whether we make a mistake or not. It’s a good type of advice to give to us.

‘We always have the opportunity to give a good image and performance.’

Dalot has played some part in all of Rangnick’s league games so far with United facing Wolves on Monday still unbeaten under the German. For all their attacking quality, the full-back reveals the new United are building from the back. 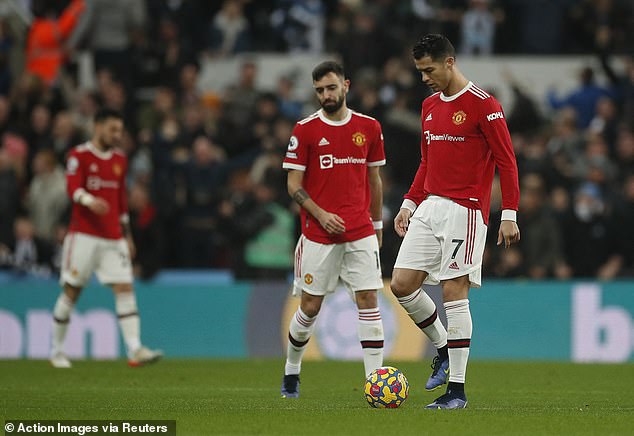 ‘The first way to attack is to have a good defence. Every time we are closer to not conceding we are closer to winning games because we always have chances to score with fantastic players up front,’ he said.

‘You have to adapt quickly. When the manager wants to change formation you must have that intelligence to adapt.

‘It takes time to make it perfect, to make it solid, but we want to build that. ‘He wants us to be physical and intense. It’s typical from Germany, I can say this. It fits the players that we have and the mentality we have.’