Derby are set to learn next week whether their appeal against a 12-point deduction has been successful.

The Rams, who are currently in administration, are bottom of the Championship after being hit by the penalty, leaving Wayne Rooney’s team seven points adrift of safety ahead of Wednesday’s match at fellow strugglers Barnsley.

Rule 12.10.2 of the EFL regulations, regarding sporting sanctions, says clubs can appeal against automatic points deductions ‘only on the ground that the relevant Insolvency Event(s) arose solely as a result of a Force Majeure event’. 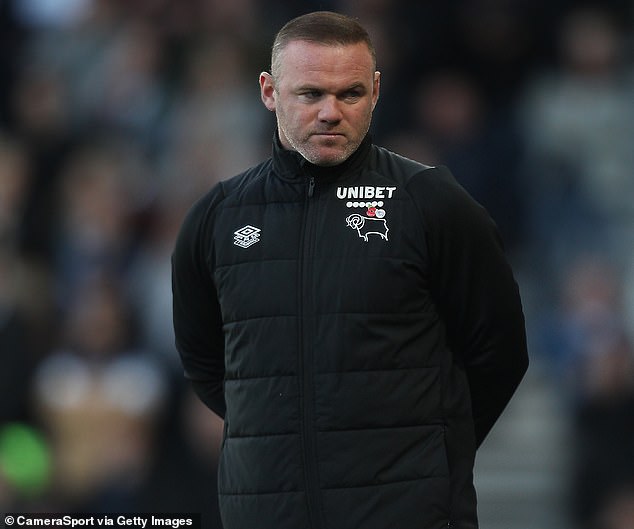 Derby County  are set to learn next week whether their appeal has been successful.

This is described as an event over which a club ‘could not reasonably be expected to have control’ – which in this case, the administrators argue, is the Covid-19 pandemic.

US businessman Chris Kirchner has attended games at Pride Park and has been praised by Rooney, though it is thought there are at least three other potentials buyers who are still showing interest.

‘It’s important that it’s the right person as we don’t want to be put in this position again,’ said the former England captain last month. ‘I know the administrators are doing everything they can to get the right person to take over this club.

‘I was never in doubt that people would come forward as potential buyers. It’s a massive club with a great fanbase. The administrators have confirmed to me that there are a lot of parties interested.

‘Things are moving forward slowly. Hopefully we can get someone in to move us forward. The sooner the better, but there is no doubt in my mind that it will happen.’ 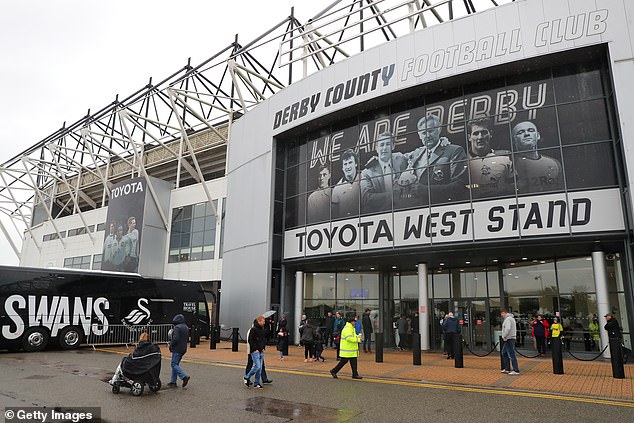 The Rams, who are currently in administration, are bottom of the Championship