Prospective buyers of Derby County believe that unless HMRC agrees to quarter the £29million it is owed – a deal that would risk setting a dangerous legal precedent – then the club is in serious danger of being liquidated.

The club’s administrators, business advisory firm Quantuma, are due to meet with the taxman this week in talks that will prove crucial to the club’s survival prospects.

US businessman Chris Kirchner has declared his interest in buying the Rams, but other parties have taken a step back. 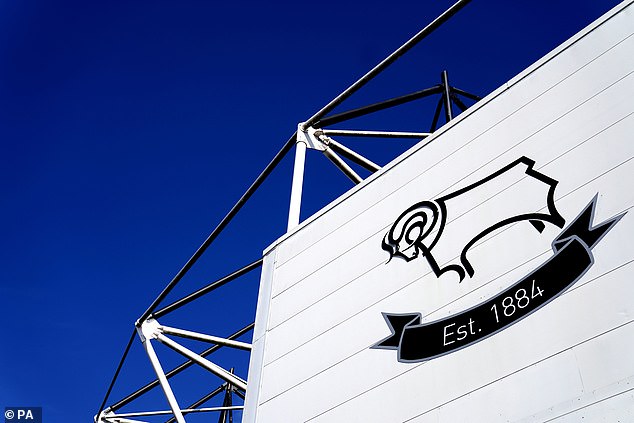 Derby in danger of liquidation unless they can reduce £29m tax bill, prospective buyers fear

We have spoken to some of those privy to the financials of the situation and they fear the Championship club is ‘sleepwalking’ towards oblivion, and that the optimism of the administrators is not reflective of reality.

One source close to would-be investors says that a deal to buy Derby only becomes viable when the debt inherited does not vastly outweigh the value of the club, which is difficult to determine given their 21-point deduction and likely relegation to League One.

We are told it would require HMRC to reduce what it is owed to around £7.5m for a takeover to make business sense. That, it is claimed, is unlikely because of the message it would send to other EFL clubs who have outstanding HMRC bills.

Such a precedent risks others calculating that to enter administration – and make a case for having 75 per cent of their tax debt wiped off – would be worth the automatic 12-point deduction incurred under EFL rules. 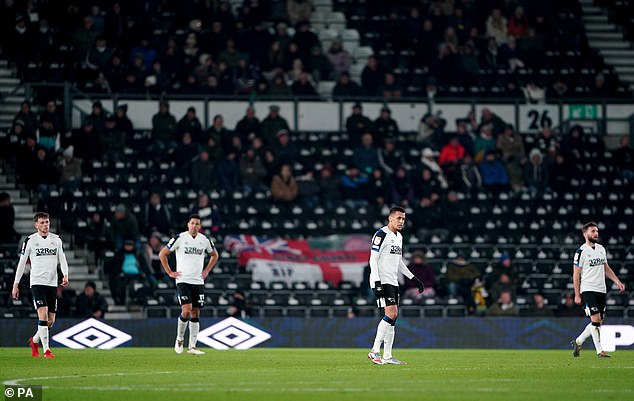 A source said: ‘The administrators say they are confident of striking a deal with HMRC, but while we do not know what that deal is, how can you decide to buy the club? You simply can’t.

‘The administrators are making positive noises, but it is in their interests to do so – firstly to maintain hope of a sale, but also because they are being paid as long as the club remains in their hands. Their costs (around £2.8m so far) are adding to the burden on the club all the time.

‘The reality among those who have looked to buy Derby is that liquidation is more likely than not.

‘As it stands, the inescapable debt is nearly £30m to HMRC, more than £20m to MSD Holdings (US investment group) and another £10m of football debt. No buyer is going to take that on. 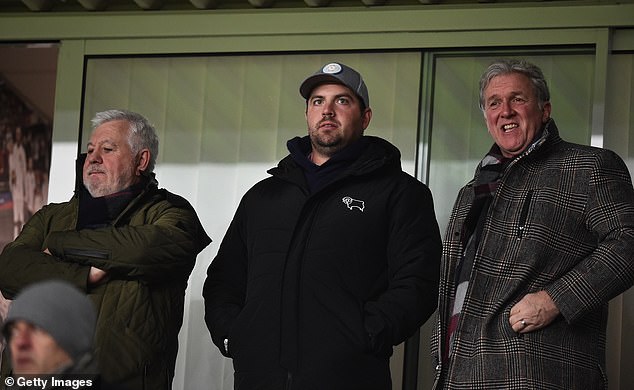 ‘The only body who can convene to save Derby is the government. It needs them to get the treasury, the EFL, Mel Morris (Derby owner) and MSD around a table and put together a plan to rescue the club.’

MSD – whose loan is secured against club assets including Pride Park, which is owned by Morris – are helping to fund the administration process by way of ‘soft loans’.

A source said: ‘It is in MSD’s interests to keep Derby alive for now, in the hope of getting their money back. But they made a bad loan. There will come a time when they might think they are throwing good money after bad and walk away.

‘The administrators have to satisfy the courts that there is a realistic chance of coming out of administration. Unless they cut a deal with HMRC – who are the preferential creditor by law – they are simply kicking the can down the road.

‘The EFL will be happy enough for this to be the case until the end of the season because they want to avoid a club going under during a campaign, which opens up all manner of problems with regards fixtures that are yet to be played and potential legal cases.

‘The bottom line is, for Derby to survive, all those who are owed money will have to agree to take less. You also need the stadium included in any deal, and that means reaching an agreement with Mel and MSD.

‘There is still interest out there and people can always be talked into buying a football club – it is unique in that regard – but right now Derby just does not represent any value or business logic.’

Quantuma have been in control of Derby, managed by former England captain Wayne Rooney, since September 18.

The club have been docked a total of 21 points – 12 for entering administration and nine for previous financial breaches. That leaves them with a single point from 20 Championship fixtures, 19 adrift of safety. 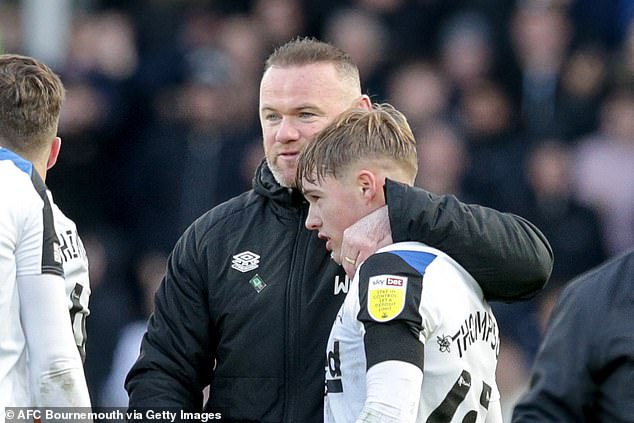 Quantuma must also handle compensation claims from Middlesbrough and Wycombe, which taken together exceed £50m. Derby pipped Boro to a play-off place in 2019 and then stayed up at Wycombe’s expense last season.

Rooney has been steadfast in his commitment to Derby and has said he plans to continue to manage the team in League One. Yet the 36-year-old is growing increasingly frustrated. He believes progress should have been quicker in handling Kirchner’s bid to take control, especially with the transfer window opening next month.

On his Twitter account, Kirchner wrote: ‘One result doesn’t sway my view on the potential of Derby County or change my belief that a great, long-lasting club can be resurrected from its current state. The next few weeks will determine the outcome for us.’

Asked about the club’s future, Rooney said: ‘I have shown my commitment to the club and Chris Kirchner has shown his. It is difficult for the administrators and there are a few options on the table but for the sake of this club we need it done.’