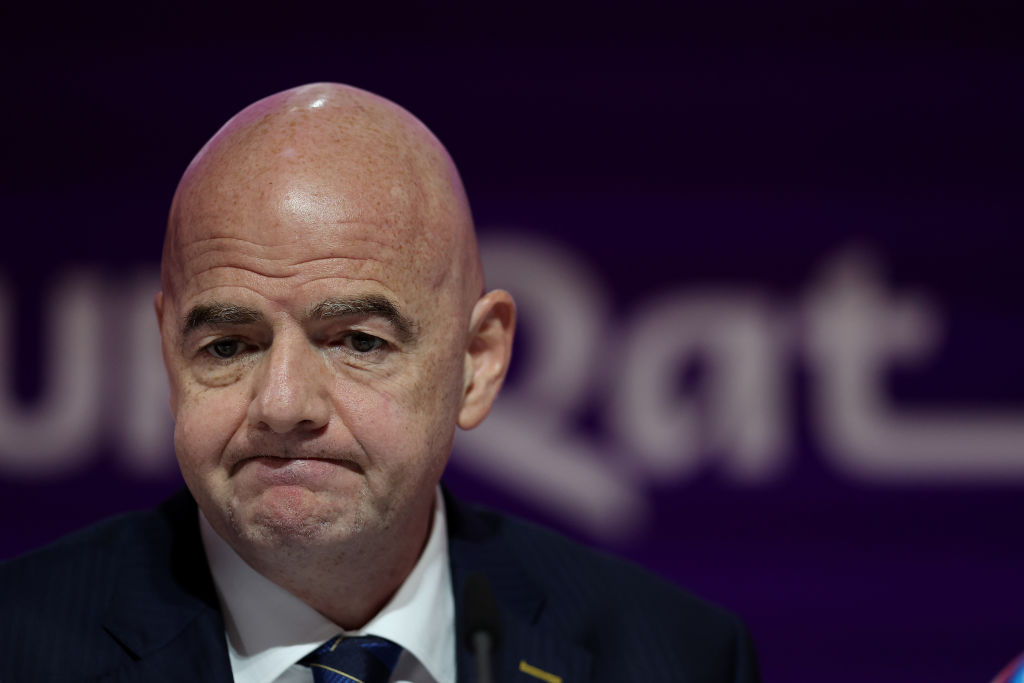 The Football Association of Denmark say they are open to withdrawing from FIFA, although would need to do so alongside other nations.

Denmark were one of the seven countries planning to wear the OneLove armband at the Qatar World Cup, along with England, Wales, Netherlands, Belgium, Germany and Swizterland.

However, shortly before England began their campaign against Iran on Monday, they were threatened with sporting sanctions by FIFA, thought to be at least a yellow card for the captain, but possible more.

The seven countries agreed to not wear the armbands, but there has been widespread frustration and anger that FIFA stepped in, with the Germany FA describing it as blackmail, while the German players protested against it before their game against Japan on Wednesday.

Danish FA (DBU) CEO Jakob Jensen has said that discussions about leaving FIFA had already been ongoing, but will be all the more serious now.

‘It is not a decision that has been made now. We have been clear about this for a long time. We have been discussing it in the Nordic region since August,’ said Jensen.

‘I’ve thought it again. I imagine that there may be challenges if Denmark leaves on its own. But let us see if we cannot have a dialogue on things.

‘I have to think about the question of how to restore confidence in FIFA. We must evaluate what has happened, and then we must create a strategy – also with our Nordic colleagues.’

Denmark have also confirmed that they will not be supporting FIFA president Gianni Infantio in his upcoming re-election bid.

‘There are presidential elections in FIFA. There are 211 countries in FIFA and I understand that the current president has statements of support from 207 countries,’ said DBU chairman Jesper Moller. ‘Denmark is not among those countries. And we’re not going to be either.’