‘This guy has fallen off so BADLY!’: Fans tear into Dele Alli for the ‘saddest downfall ever’ after the Everton midfielder somehow misses from a YARD out in humiliating 4-0 loss to Minnesota United

Dele Alli has been slammed by football fans on social media after a horror miss from a yard out in the Toffees’ shocking loss to Minnesota United.

The Everton midfielder managed to turn the ball past the post from the middle of the goal with the MLS side’s goalkeeper stranded after the ball came in from the right, before Alli collapsed on the floor, seemingly out of embarrassment.

The miss came with the scores at 3-0 to Minnesota with around 20 minutes to play, but Alli was unable to spare Everton their blushes as they slumped to a dismal 4-0 loss on their pre-season tour. 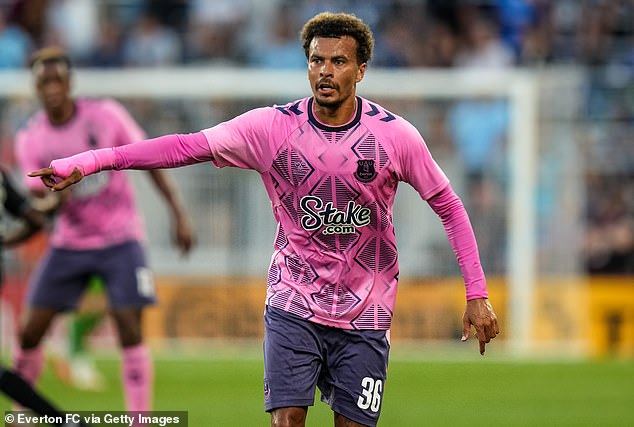 Football fans quickly took to Twitter to dig the boot in, with many claiming that Alli is finished as a professional footballer, and comparing his recent performances to the stunning displays he regularly produced for Tottenham a few years ago.

One Twitter user said: ‘This guy has fallen off so badly I can’t wrap my head around it. The type of goals he used to score for us and now he’s struggling with tap ins? Sad to see man.’

Another added: ‘We tried to warn you earlier this month. He’s just not good anymore. Hate to see it.’ 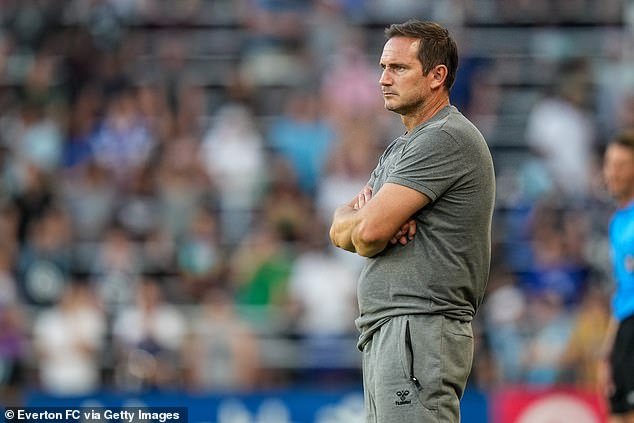 Everton manager Frank Lampard was understandably frustrated with what he saw

A third Twitter user, an Everton fan, attempted to poke fan at the miss, saying: ‘Great clearance to be fair, oh no wait a minute.’

Another user added: ‘The saddest downfall ever.’

Alli’s appalling miss sums up his fall from one of the country’s leading attacking midfielders at such a young age, to a Premier League flop. 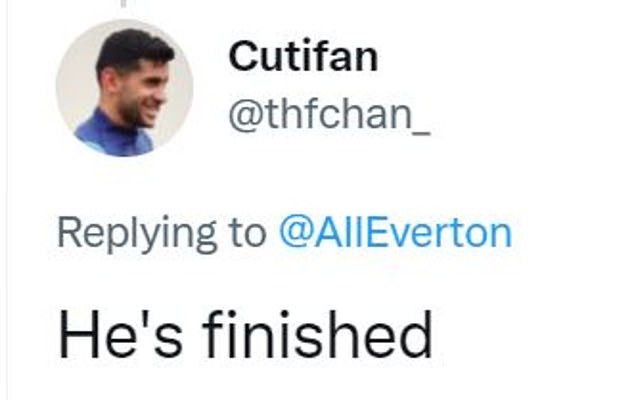 The midfielder notably scored a stunning volley against Crystal Palace back in 2016, which caused pundits and fans alike to label him as something of a sensation in his break out season under Mauricio Pochettino.

But after falling further and further down the pecking order in north London, his misery was finally put an end to and he was granted a free transfer to Everton in January, in the hope of a fresh start.

And it does not look like the move has had the rejuvenating effect that many would have hoped for, and in a World Cup year, Alli finds himself perhaps further from Gareth Southgate’s plans than he has ever been before. 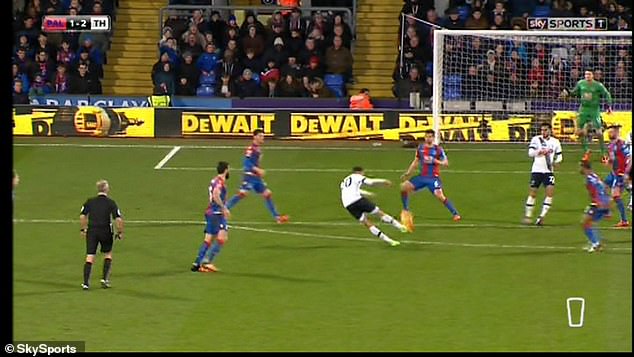