West Ham boss David Moyes laughed off a question from a reporter, who called him ‘Moyesy’ following his team’s 1-0 loss to Everton on Sunday.

Neal Maupay’s 53rd minute strike was enough to seal three points for the Toffees and condemn West Ham to their fifth league defeat of the season.

Moyes was quizzed by an overfamiliar reporter about his team’s performance after the match at at Goodison Park. 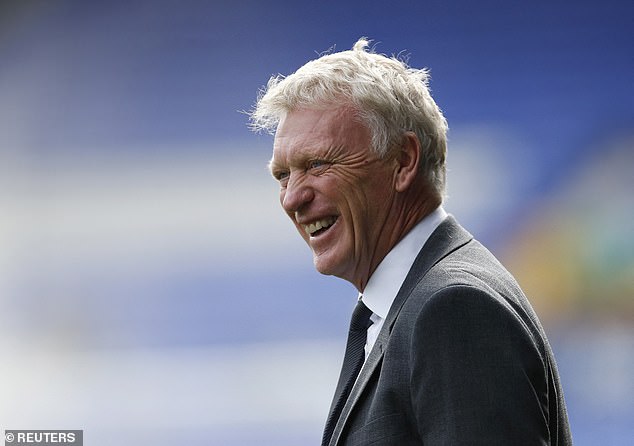 West Ham boss David Moyes laughed off a question from a reporter, who called him ‘Moyesy’

The reporter asked: ‘Moyesy, how do you reflect on that?’

Moyes laughed it off in hilarious fashion as he replied: ‘Moyesy?! F****** hell, I don’t think we’re that close!’

The defeat to Everton means West Ham remain in the relegation zone and Moyes is aware his side need to improve after the international break.

He said: ‘If you look back, we felt we were dropping down and we were aware of that and we were trying to improve it.

‘I recognised it probably February time that we weren’t quite as strong. We chose not to bring anyone in in January and I could see it. 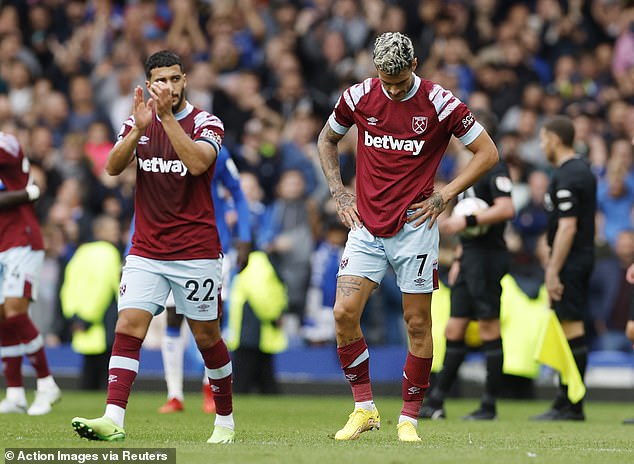 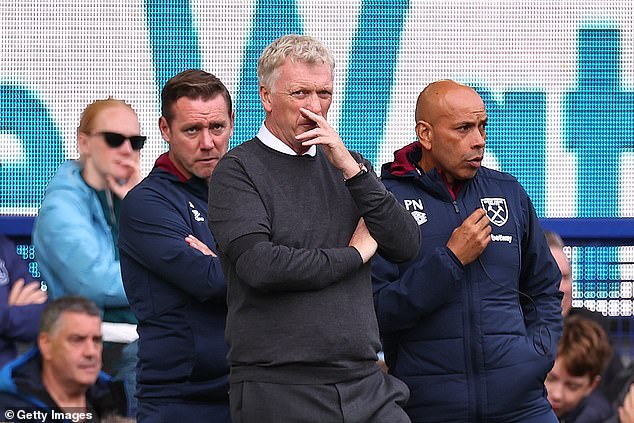 ‘But we got to a European semi-final, we were challenging until the last 20 minutes of the Premier League season to be sixth. We weren’t dropping away that far, we were challenging but I just had a sense we were needing new players and a lot of those players played today.

‘I need them, I need them to play at their best. I have seen the performances a lot of those players can put in. I am the one who takes the responsibility and I have got to get them back at that level quickly.’

The Hammers will return to action after the international break when they take on Wolves at the London Stadium on October 1.