Darwin Nunez will prove his doubters this season, according to Liverpool fan Adebayo Akinfenwa. Nunez has joined the Reds for a fee that could rise to £85million and Akinfenwa has set him a goal target for his debut campaign.

The Uruguayan forward has struggled in Liverpool’s first two friendlies in pre-season. He received plenty of criticism on social media from rival clubs’ supporters after the 4-0 loss to Manchester United, where he was guilty of missing a clear-cut chance.

But Akinfenwa, who retired at the end of last season, isn’t concerned in the slightest. He is fully backing Nunez to come good once he has settled in the Premier League.

The Beast says Jurgen Klopp doesn’t get many signings wrong and has set Nunez target of 18 goals in his first campaign, which he thinks he will achieve. Akinfenwa told talkSPORT: “Don’t even worry about him. 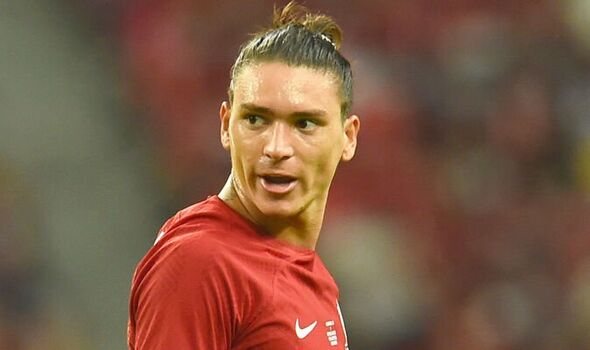 “Klopp, for me, Klopp don’t really miss and he hasn’t really missed with the players that he’s brought in.  So I’m not really too worried about it. And you’ve heard first hand, [Virgil] van Dijk after he played against him said ‘do you know what? He’s a problem’.

As Akinfenwa mentioned, Van Dijk named Nunez as one of the toughest strikers he’s faced before Liverpool signed him. Van Dijk said: “The name of [Erling] Haaland, and also Darwin, he’s a bit similar, very direct, quick, tall, strong, and it’s quite difficult to play against those guys.” 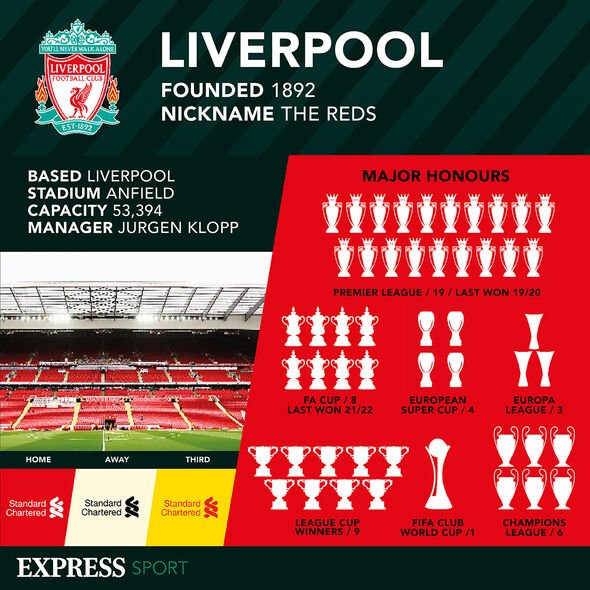 Liverpool boss Klopp is in the same camp as Akinfenwa and does not pay attention to any of the negativity spoken about Nunez. Klopp said: “I’m not worried at all.

“The general judgement [on Nunez] is absolutely nil interest [to us]. It will be like this, and we all know it.

“It’s kind of a game or a joke for some people to pick out some situations where a player’s not doing well. That’s only a game from [fans of] other clubs, which is normal.

“Our fans probably do [the same] with signings of Manchester United. We cannot take this seriously.”