Darwin Nunez has dropped a major hint that he could be on his way to Liverpool this summer by liking Roberto Firmino’s Instagram post.

The Reds are poised to smash their transfer record to sign the 22-year-old Uruguay and Benfica striker with the deal comprised of a £68m fee up front and at least £17m in add-ons for an overall fee of around £85m.

Nunez will fill the void left by Sadio Mane’s impending exit to Bayern Munich as Jurgen Klopp evolves his team’s forward line in readiness for a fresh assault on silverware. 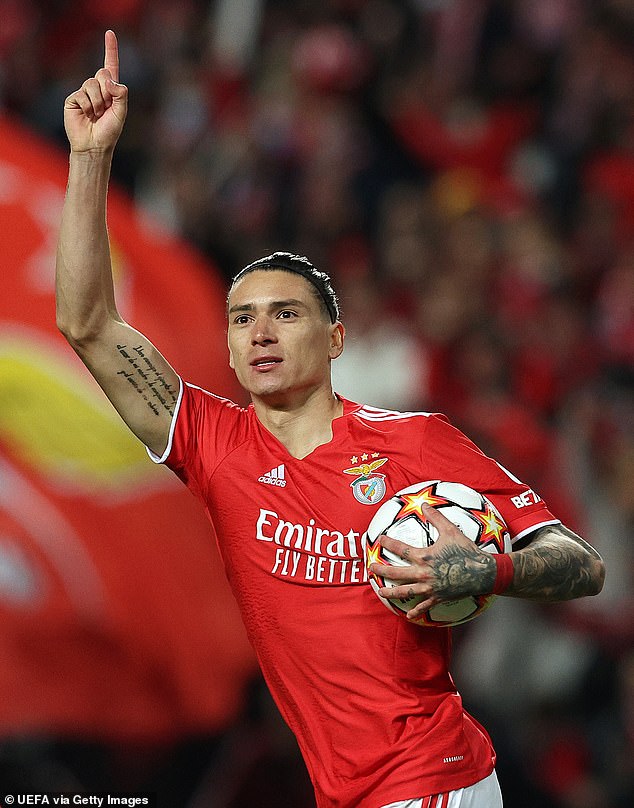 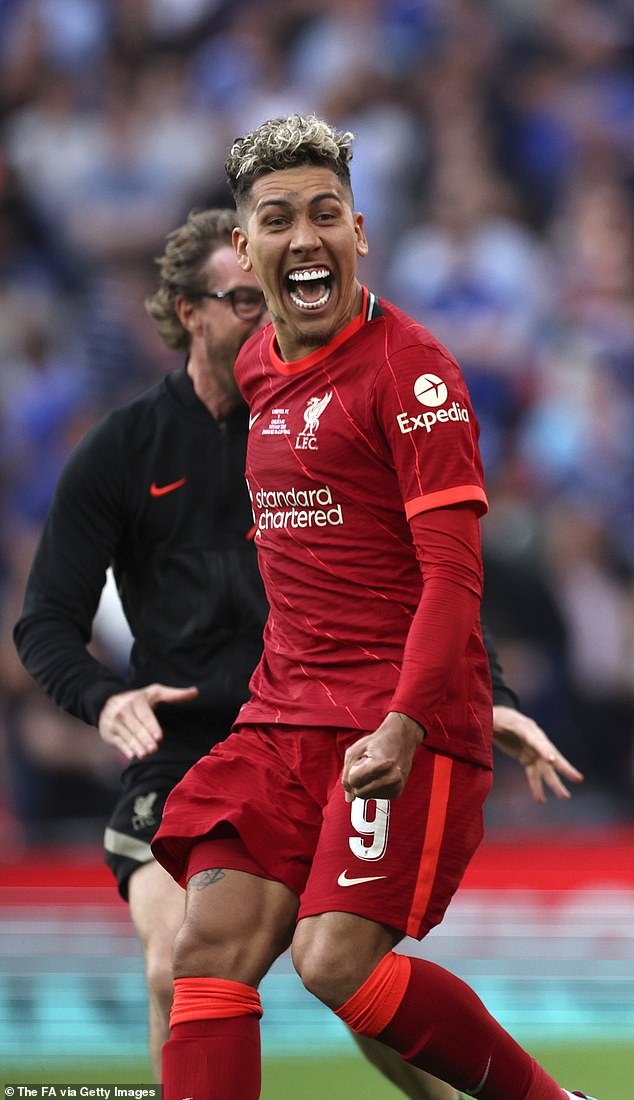 The Benfica star has been heavily linked with a move to the Reds in recent days and has now reportedly already agreed personal terms of his summer switch to Anfield.

The Uruguayan striker has now hinted that could be the case after liking Firmino’s Instagram upload from Thursday evening, while even fan page Anfield Edition confirmed that he has liked and followed the Reds frontman.

Nunez liked the snaps the 30-year-old posted of himself helping deliver a sermon while away on his summer holiday. 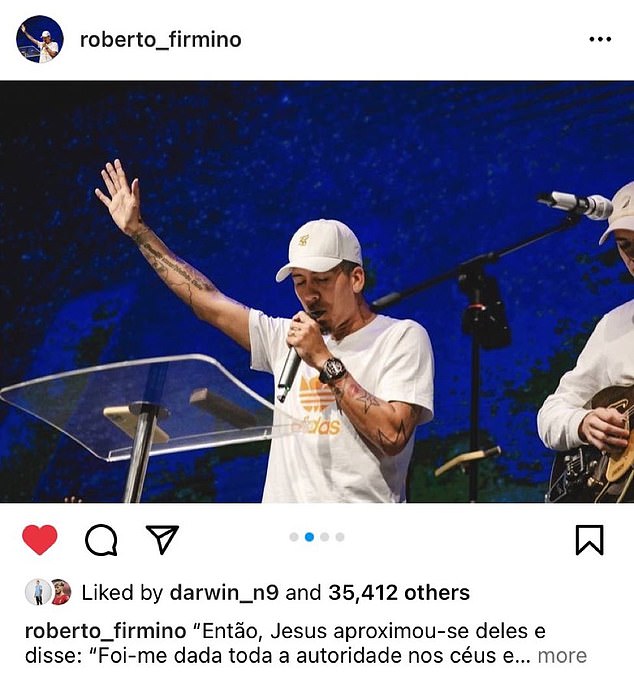 The striker looked emotional as he visited Manah Church in the Brazilian city of Maceio alongside his wife Larissa Pereira, 29.

Anfield fan favourite Firmino stood next to his wife at the Christian church before getting up on stage to help deliver a sermon.

His social media activity may have given the game away and could be the perfect fit with Mane expected to depart.

The striker scored six goals in the Champions League last season, two of which came in the quarter-finals against Liverpool and he made a significant impression on Klopp. 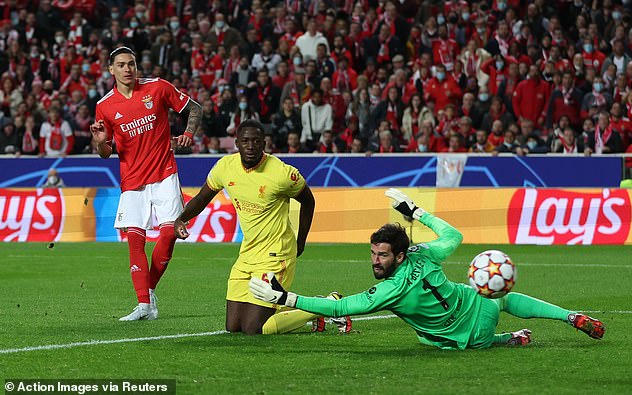 Nunez scored 34 goals for Benfica last season, including two against Liverpool in Europe

Overall, Nunez scored 34 goals in all competition for Portuguese side Benfica last season.

Atletico Madrid, Manchester United and Newcastle were also linked with moves for Nunez this summer, but it is Klopp and Liverpool who are in the driving seat.

Mane, meanwhile, was the subject of a second bid from Bayern Munich that totalled £30million on Wednesday.

Liverpool treated it the same way as the one they received over the weekend, dismissing immediately with the feeling that the offer was derisory.