Former Tottenham striker Darren Bent made a jibe at Harry Maguire when commenting on Chelsea’s pursuit of Leicester City defender Wesley Fofana. Thomas Tuchel’s side have been linked with a possible £85million bid for the Frenchman, and could also hijack Manchester City’s move for Brighton’s Marc Cucurella.

Bent was discussing with talkSPORT presenter Andy Goldstein whether a combined fee for Fofana and Cucurella would be excessive when the Manchester United captain was brought up. “Fofana £80m, Cucurella £50m,” Goldstein said. “£130m for those two for Chelsea, is that a little bit too much?”

Bent replied: “I don’t think it’s too much. He [Fofana] is a good player, before he got the injury he was outstanding. Hold on, your lot paid £80m for Harry [Maguire]!”

As Bent laughed at Manchester United’s last signing from Leicester, United fan Goldstein told him to stop picking on the England defender. “You have got to stop using Maguire as a yardstick,” Goldstein said. “That’s not a yardstick.” 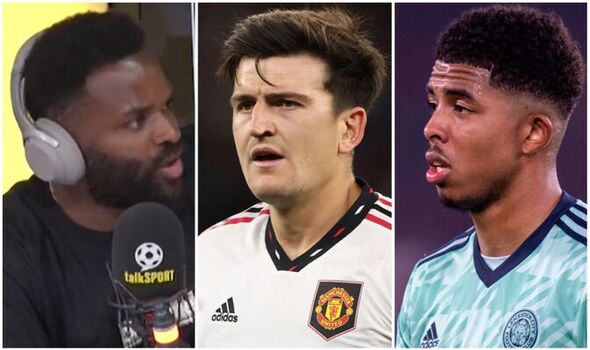 Bent was adamant that Fofana would be worth the money, however. “Fofana is better than Harry Maguire when Harry was at Leicester,” Bent said. “I can understand, because they are buying potential.”

Fofana has been linked with a potential £85m move to Chelsea as Blues boss Tuchel is seeking defensive reinforcements following the exits of Antonio Rudiger and Andreas Christensen. The Frenchman did sign a five-year contract at the King Power Stadium in March, however, enabling Leicester to demand such a high fee for the 21-year-old who made just seven appearances last season due to a leg break that kept him out of the majority of the season.

Chelsea could pair Fofana with Brighton’s Cucurella, as Tuchel’s side are reportedly prepared to pay the £50m fee that the Seagulls had demanded from Manchester City who have walked away from a deal. Cucurella played at both wing-back and centre-back last season and could allow Chelsea to ease Ben Chilwell back into the team following his ACL injury while also filling in at the heart of the defence. 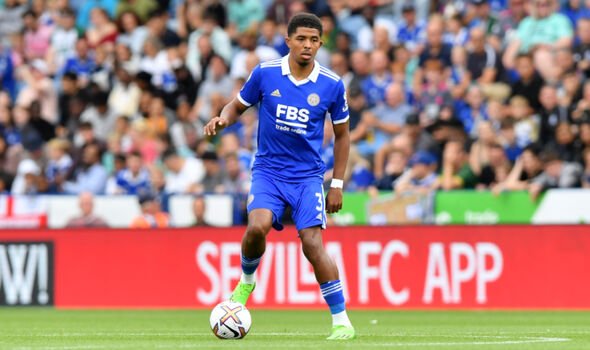 The duo would join Kalidou Koulibaly as defensive signings this summer, while Inter Milan’s Denzel Dumfries and RB Leipzig’s Josko Gvardiol have also been linked with moves to Stamford Bridge. Tuchel is reportedly a big admirer of the Croatian international and even made a phone call to try and convince the 20-year-old to join him in London.

However, if Chelsea do complete an £85m deal for Fofana it would be Leicester’s biggest sale and eclipse the £80m that United spent to sign Maguire in 2019.

The England man has struggled since his move to Old Trafford however and there had been rumours that he may lose the captaincy. Erik ten Hag backed his captain to the press however, and stated that he would remain the leader in the dressing room.