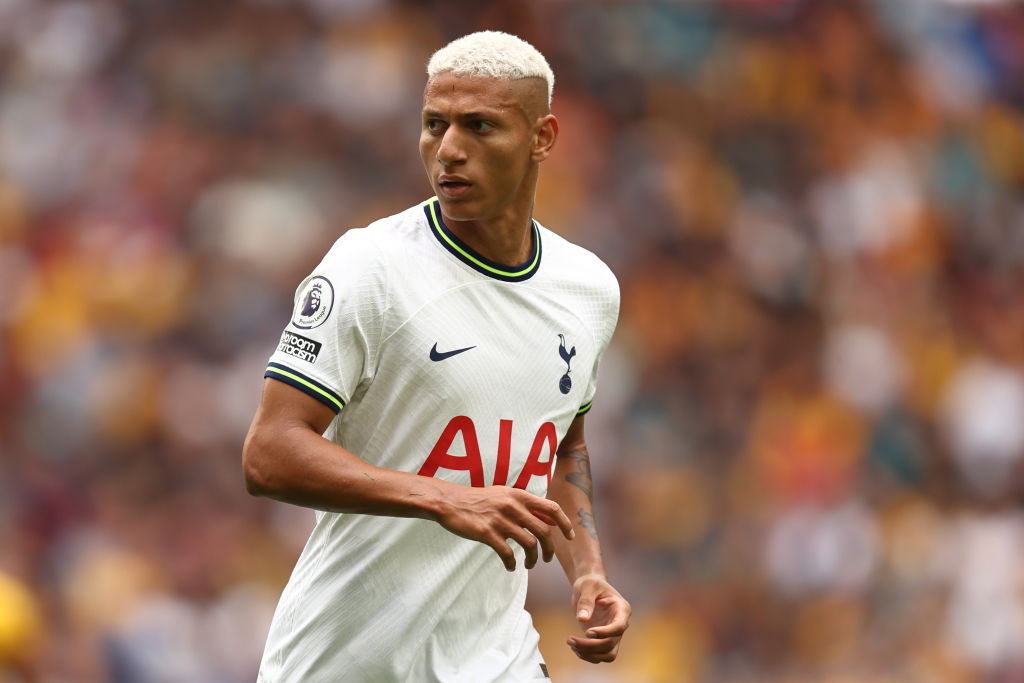 Tottenham star Richarlison has hit out at Liverpool legend Didi Hamann as the row over his showboating against Nottingham Forest continues.

The 25-year-old Brazil international, who joined Antonio Conte’s side from Everton in a £60m deal this summer, made headlines during Spurs’ win over Forest on Sunday when he chose to perform keep-ups during the match.

The forward, who registered an assist in the 2-0 victory, was wiped out by Forest’s Brennan Johnson following the showboating trick, who was clearly frustrated by Richarlison’s antics.

Richarlison’s behaviour has prompted a furious reaction from some former players and pundits, who felt that he was being disrespectful towards the promoted side.

Liverpool legend Jamie Carragher, now a pundit for Sky Sports, said: ‘Woah! It does wind people up. You can’t do that. But what is he doing?

‘He just winds people up that lad, Richarlison. He winds me up. What do you expect Johnson to do? You’re not condoning that but…’

Ex-Liverpool goalkeeper Hamann, who also enjoyed a trophy-laden spell at Anfield as a player and helped the side win the Champions League, went one further by arguing that Richarlison should have been booked for his actions.

‘[He] should have been booked for unsportsmanlike conduct and restarted with free-kick to Forest,’ Hamann posted on Twitter.

‘Didn’t England pride itself as the home of fair play? Belittling the opposition has never been acceptable. We have a lot to learn from other sports.’

Richarlison has now hit back at those comments, replying to Hamann’s tweet by posting: ‘Cry more.’

Hamann and Carragher are not the only people Richarlison upset on Sunday, with Forest boss Steve Cooper also unimpressed when quizzed about what happened.

‘I wouldn’t want my players to do that, what Richarlison did,’ he said. ‘If that is accepted at Spurs that is nothing to do with me, but it wouldn’t be accepted here.’