Erik ten Hag confirms Cristiano Ronaldo is fit to start for Manchester United in their Europa League clash with Real Sociedad, as he considers recalling the Portuguese star

Erik ten Hag insists Cristiano Ronaldo is fit to start for Manchester United as he considers naming the Portugal star in his line-up to face Real Sociedad in the Europa League on Thursday night.

Ronaldo has started just one of United’s six Premier League games this season – the disastrous 4-0 defeat at Brentford – with Ten Hag bringing him off the bench in the other five matches.

The United boss has pointed to the fact that Ronaldo did not have a pre-season after missing the club’s tour of Thailand and Australia for family reasons which coincided with his agent Jorge Mendes trying to engineer a move away from Old Trafford just 12 months after the 37-year-old rejoined his old club. 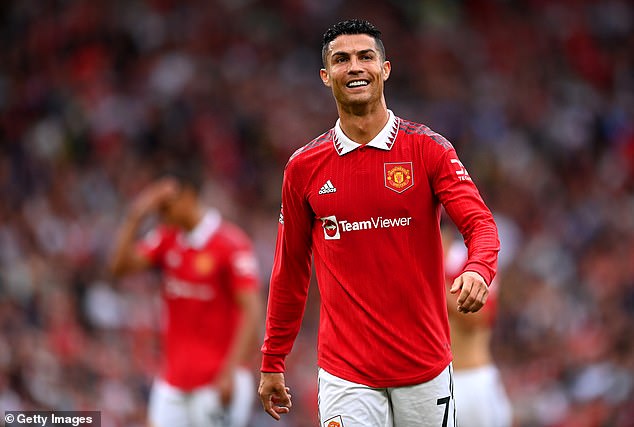 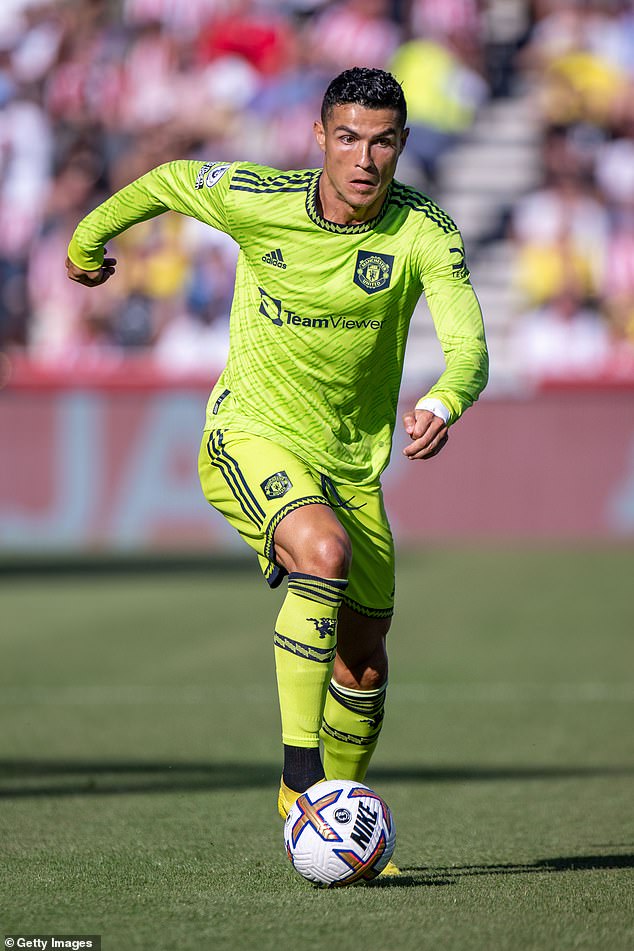 However, with Antony Martial still not fit to return from an Achilles injury and Ten Hag pondering making changes to give some players an opportunity, Ronaldo could come into the reckoning.

Asked if the five time Ballon d’Or winner can be a starter, Ten Hag said: ‘Of course. He started against Brentford. Then not since, but he is ready to start.’

Harry Maguire, Luke Shaw, Aaron Wan-Bissaka and Fred are other players who will be hoping for a start on Thursday night as United kick off their European campaign in a group that also includes FC Sheriff, of Moldova, and Omonia Nicosia. 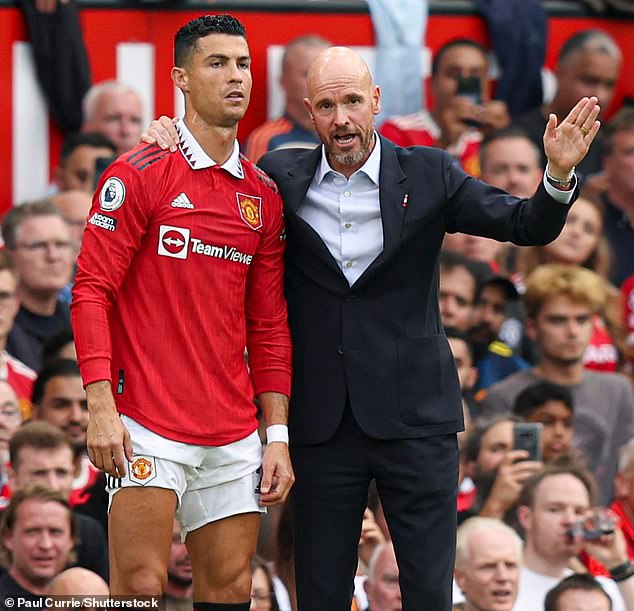 However, Ten Hag warned that he will not take the competition lightly as United seek their first silverware in six years.

‘We have to win every game,’ added the Dutchman. ‘We want to win every tournament, so we take everything seriously.

‘We not only have a team, we have a squad, that is clear. It’s the mentality what Man United need. 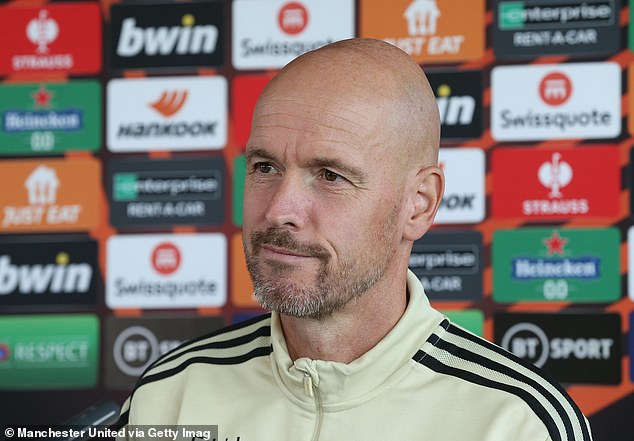 ‘I cannot keep them all happy every game, but everyone gets their game-time if they perform well.

‘We need everyone because we have a lot of games to cover with the internationals, the cups, and Premier League.

‘When a team is acting well, when players are acting well, then you stay in.. For players not in the team, they can at any moment come in, do the job and maybe do better than the ones who are in.’