Is this the future of football? League Two Crawley Town sign a midfielder after fans and NFT holders VOTE on what position they wanted Kevin Betsy’s side to strengthen – following takeover from ambitious US investors

Crawley Town signed a player based on a vote among supporters on which position to strengthen, it has been revealed.

And after a vote on Friday June 15, where fans and NFT holders were allowed to decide whether they wanted a goalkeeper, defender, midfielder or attacker, the result called for a midfielder – and the fourth-tier side obliged. 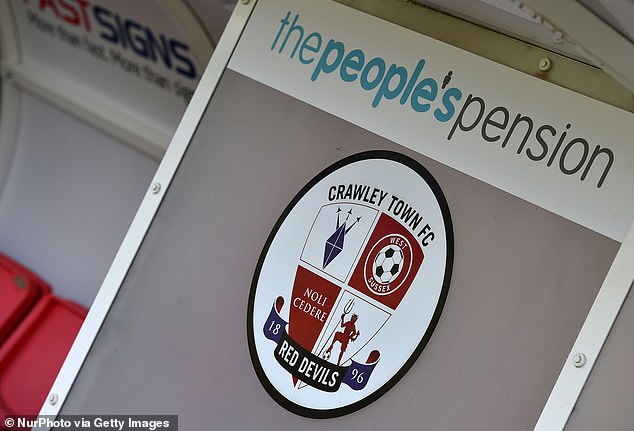 Crawley signed a player based on a fan vote on which position to strengthen, it was revealed 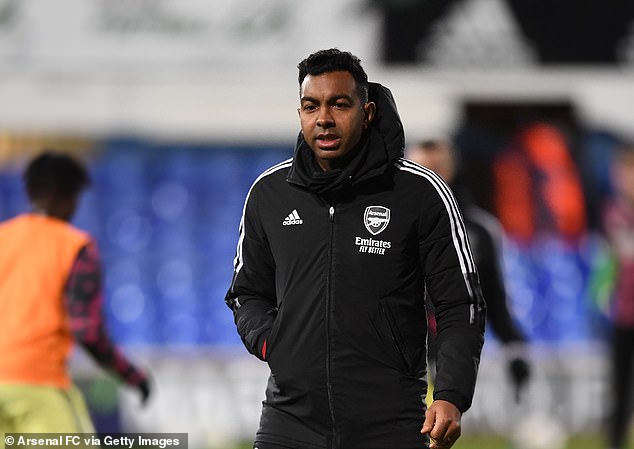 New owners WAGMI United – short for ‘We’re All Going to Make It’, a popular rallying cry in cryptocurrency circles- were estimated by the Washington Post to have paid up to around £16million for the club, after previously failing to buy Bradford.

And despite having no experience in football, they are aiming to use transparent and open decision-making to run the club, with NFT holders given a special Adidas-made Crawley shirt, and the right to make calls on on-field matters like signing players.

Co-owner Preston Johnson said while some NFT owners were ‘not as informed,’ Crawley had provided voters with ‘data analysis’ and ‘went over previous signings, while asserting decisions on picking players in the team still fall to the management.

But it still offers more meaningful participation than fan tokens offered on the ‘Socios’ platform by other football clubs, which include votes on what fizzy drinks clubs should stock or what music should be played over the stadium speakers.

WAGMI have also cut ticket prices by 30 per cent, with the sale of 10,000 NFTs to more than 5,400 buyers raising around £3.9m, compared with Liverpool’s circa £1m, and have introduced a seven-strong fan council with ‘direct access’ to the owners.

Johnson added: ‘A lot of NFT projects are just speculation with no real tangible spine, no real true story. Having a football club to root for every week? That’s a spine that people attach themselves to.

A message from Preston Johnson. #TownTeamTogether🔴

‘If we can bring that to this crypto audience, especially if we’re able to actually achieve promotion and move up the ranks of the English football league, then it’s an even bigger story people all around the world can be part of.’

They label themselves ‘the internet’s football team’, with the idea being anyone with an internet connection can follow them, as they attempt to build a remote global community of fans.

Crawley have also signed a deal with a major streaming platform giving them access for a fly-on-the-wall documentary cataloguing their first season in charge.

It’s a long and difficult road to promotion and, eventually, the Premier League – but it certainly seems more will be along for the ride.