‘We defended SO badly… we have to wake up’: Thibaut Courtois furiously blasts his Real Madrid team-mates for their lack of ‘aggression and intensity’ after losing against RB Leipzig in the Champions League

Thibaut Courtois has angrily hit out at his Real Madrid team-mates after they suffered a shock 3-2 Champions League loss against RB Leipzig.

Vinicius Junior and Rodrygo netted to make it 2-1 and then 3-2 to give Los Blancos late hope but Marco Rose’s men held on for what could be a crucial win in their hopes of qualifying for the knockouts – and Courtois was furious at Real’s collapse. 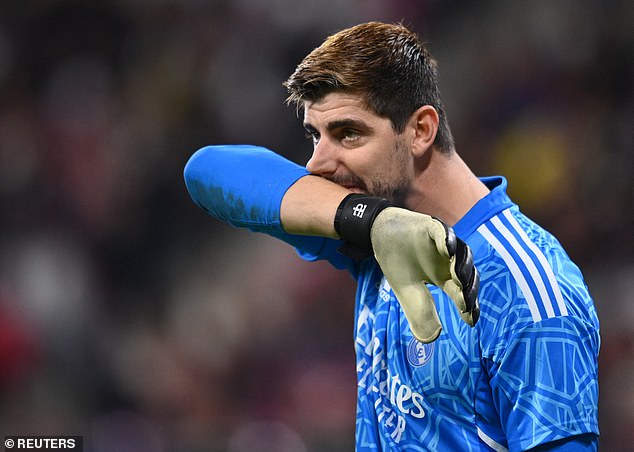 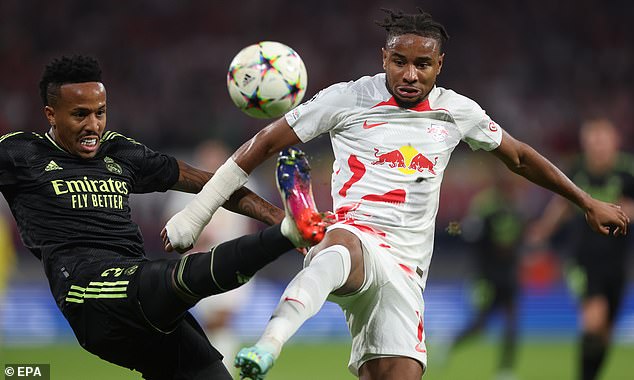 He said: ‘Sometimes we go out asleep, without aggressiveness or intensity, and against a team like Leipzig, you pay dearly. The coach had warned us that they score a lot of goals in their last five games at home and even so we went out there wrongly.

‘It cannot be that in two corner kicks they score two goals and we defended so badly in the second. We scored the goal before the break, but in the second half we failed many passes, controls and it was not a good game.

‘The third, it kills you for the final minutes… as a goalkeeper from behind you notice that you haven’t entered the game, they won each duel and it happened in both goals, we defended badly due to lack of intensity. 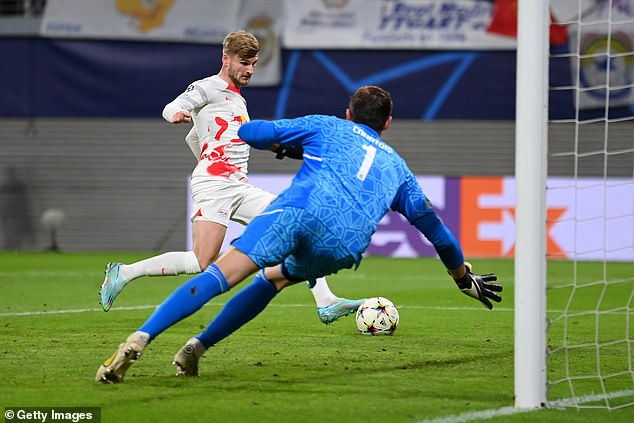 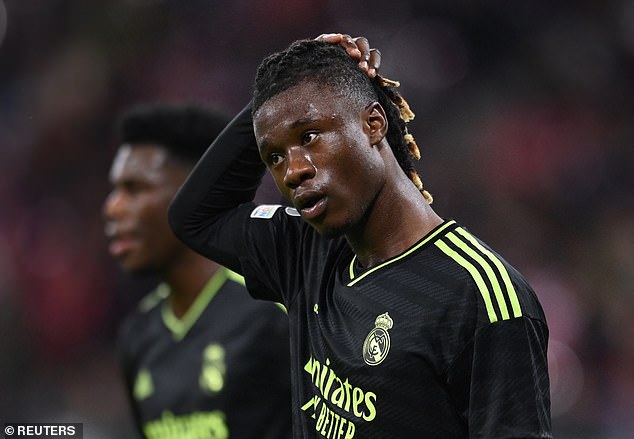 ‘We have to wake up, a bad day can happen because there are many games in a row in a short time, but intensity cannot be lacking even if we are tired. There are players on the bench and you have to give one hundred percent every second.’

The result leaves Real still top of Group F with 10 points from five games, but the German side are now just one point behind them.

Leipzig could overtake the Spanish giants if they beat Shakhtar Donetsk in the final group game, potentially giving Carlo Ancelotti’s side a harder run to the final.