Tottenham boss Antonio Conte was relieved to see Rodrigo Bentancur’s stoppage-time winner count away to Bournemouth and admitted he feared a heart attack if they had another late goal disallowed.

Spurs ended their three-game winless run with a dramatic 3-2 victory at the Vitality Stadium after second-half goals from Ryan Sessegnon, Ben Davies and Bentancur.

Bentancur completed the visitors’ comeback from two goals down with a side-footed finish in the second minute of stoppage-time to spark jubilant celebrations in scenes reminiscence of Wednesday’s 1-1 draw with Sporting Lisbon. 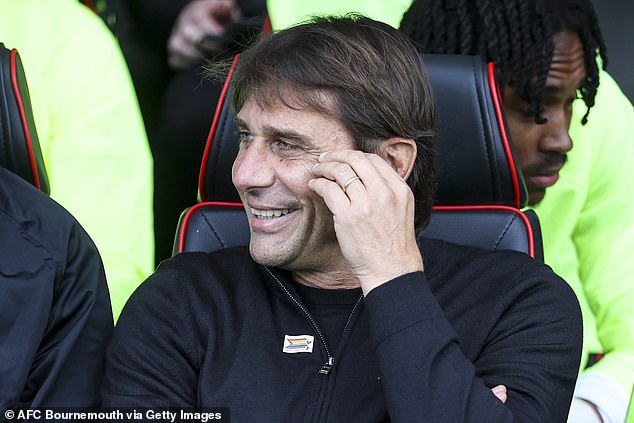 Tottenham were denied a winner in midweek after VAR ruled Harry Kane’s late effort was offside and therefore prevented a victory for Spurs that would have sent them through to the Champions League last-16.

It meant when Conte watched Bentancur fire home late on, he briefly walked down the tunnel before he did celebrate once it had been awarded.

He said: ‘I came back when I knew the goal was regular.

‘I thought in my mind and my heart I can have a heart attack because in two days to score and then have the goal disallowed, I said I go down (the tunnel) and stay calm and then I wait for the decision of the referee. 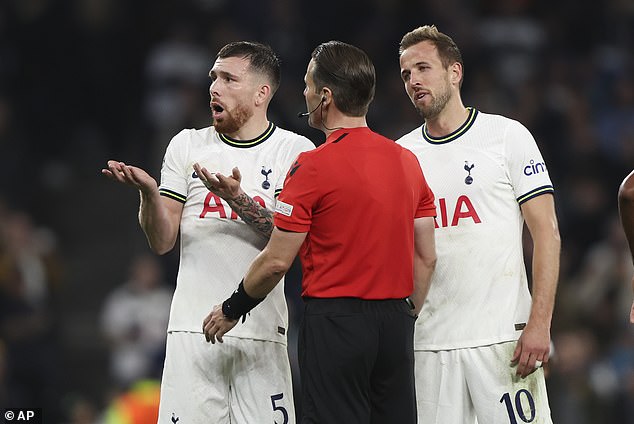 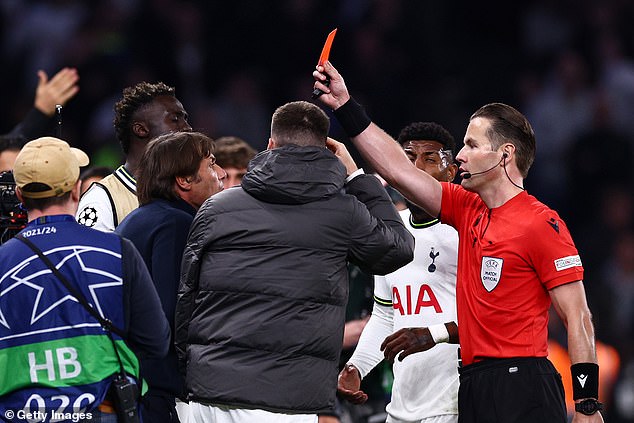 ‘But for sure it was great to see the desire of my players and the reaction they had. I repeat also the nastiness they put into the pitch because I have seen in the eyes of my players the desire to win this game.

‘Also when we drew 2-2, then in our mind the only thought was to take the ball and start to play again. This reaction was really positive and I want this from my players.’

Conte had made six changes from the draw with Sporting, with an eye on Tuesday’s crucial trip to Marseille, but that decision looked set to backfire when Kieffer Moore hit a double for the hosts to put them two up after 50 minutes. Sessegnon started the comeback with a low effort that went in off the post seven minutes later and substitute Ivan Perisic picked out Ben Davies from a corner soon after with the Wales international heading home with Cherries goalkeeper Mark Travers caught in no-mans-land.

Another set-piece produced the winner with Son’s delivery falling for Bentancur, who slotted home to end a difficult period for Tottenham after they suffered consecutive league defeats to Manchester United and Newcastle.

‘I think that we started a path with this group of players,’ Conte said ahead of his one-year anniversary at Spurs on Wednesday. 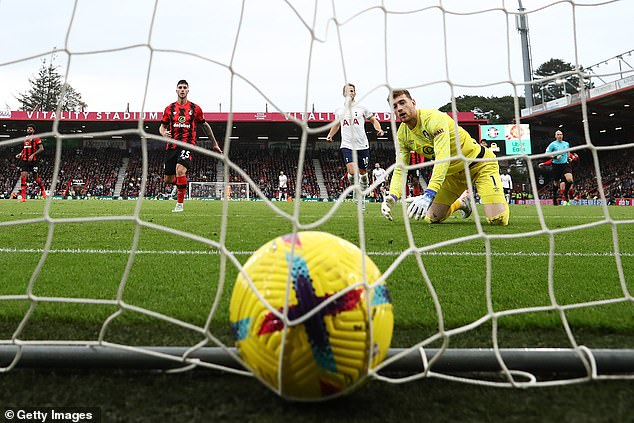 ‘For me these guys are really, really good guys, really good players but sometimes they lose the confidence easily.

‘I think we have to try to work and to continue to work on this aspect because sometimes it is frustrating that you try, you work a lot and try to find a solution to hurt your opponent and sometimes you see your team up and down, up and down.

‘We have to try to find stability. I ask my players after the first half to take responsibility in their decision and when I speak about responsibility to make decision on the pitch, important decisions and not easy pass.

‘For us I think this is an important step that we had to do. We are working, we are a work in progress but at the same time there is a lot of space for improvement and we have to do this.’ 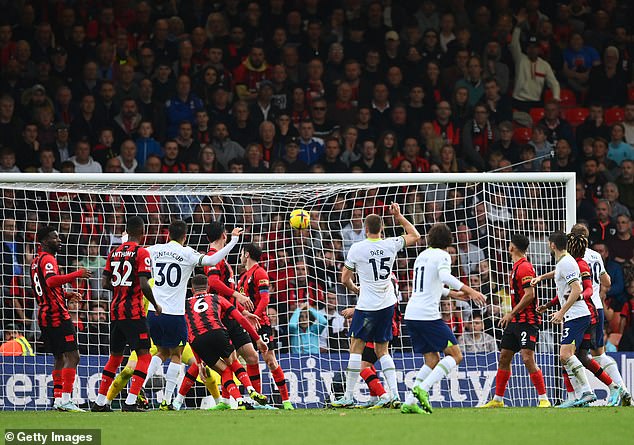 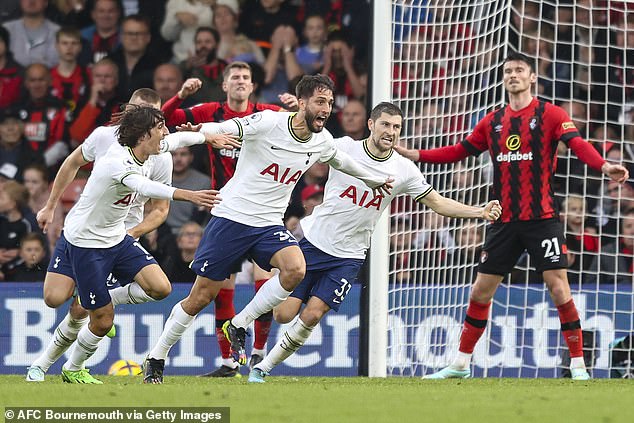 Bournemouth interim head coach Gary O’Neil was disappointed to see his team suffer a third consecutive defeat but acknowledged the quality of the opposition.

‘They put everything in and got nothing out. The nature of that is tough to take, so I am really disappointed for the group,’ O’Neil admitted.

‘When they bring on Lucas Moura, Perisic, Bryan Gil, Bentancur and keep bringing world-class players off the bench, you think it is tricky. We have lost against Tottenham and that is never a disgrace.’