Conor Gallagher is reportedly tempted by a loan move away from Chelsea this summer as he eyes a spot in Gareth Southgate’s England squad for the 2022 World Cup in Qatar later in the year. The Blues midfielder thrived at Crystal Palace last term and the Eagles are understood to be joined by the likes of West Ham, Newcastle and Everton in eyeing a loan deal for the 22-year-old.

Blues boss Thomas Tuchel previously expressed his desire to keep Gallagher at Stamford Bridge this season. However the all-action midfielder played a combined six minutes in Chelsea’s opening two Premier League fixtures against Everton and Tottenham. Gallagher was then handed his first start of the season in the shock 3-0 defeat to Leeds on Sunday as injuries to N’Golo Kante and Mateo Kovacic limited Tuchel’s options.

With the pair set to return at some point, it remains to be seen how much game-time Gallagher will be afforded in west London this season. While there are question marks over how many minutes Chelsea can provide the England star this campaign, there are a whole host of other Premier League teams eager to appease the midfielder’s desire for regular first team football.

According to the Evening Standard, Palace, West Ham, Newcastle and Everton are all eyeing a loan move for Gallagher before the transfer window closes in just over a week’s time and it has emerged that the Chelsea youngster is open to the idea of once again playing his football elsewhere. Gallagher is understood to be tempted by the prospect of a fifth loan away from Stamford Bridge as he seeks to earn a spot in Southgate’s England squad for the upcoming World Cup. 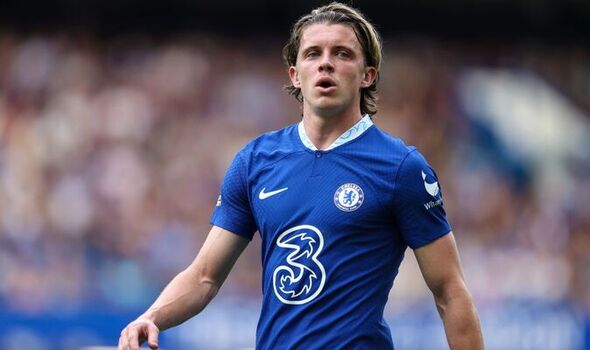 The Chelsea academy graduate excelled on loan at Selhurst Park last season, netting eight goals and registering three assists across 39 appearances for the Eagles in all competitions. The midfielder asserted himself as the heartbeat of Patrick Vieira’s side and his eye-catching displays saw him scoop Crystal Palace’s Player of the Year award while earning international recognition with England.

Gallagher’s sparkling form in south London resulted in four senior caps for the Three Lions and subsequently saw the midfielder foster ambitions of representing his country in Qatar later in the year. However, limited game-time in the coming months is likely to hinder those World Cup hopes. 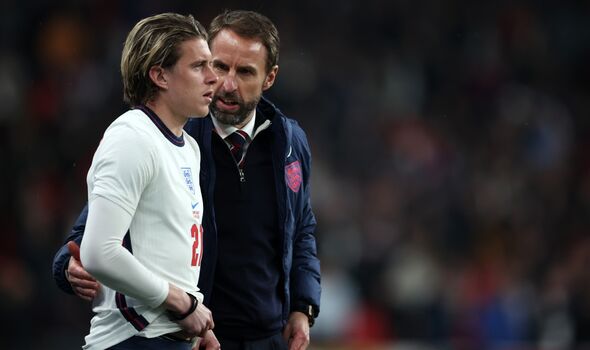 West Ham manager David Moyes is understood to be looking to strengthen his midfield options before the transfer window closes and Gallagher is someone who could satisfy the Scot’s desire to add a player capable of operating either as a No 8 or a No 10 to his ranks. The Hammers are also understood to be locked in talks with Club Brugge over attacking midfielder Hans Vanaken.

Meanwhile, with Chelsea pushing to sign Anthony Gordon from Everton, it has been suggested Gallagher could be included with a deal as a potential makeweight. The midfielder may potentially head the other way on a season-long loan.