CHRIS WHEELER: Martial moves from Man United outcast to first-choice No 9 as Ten Hag confirms he’ll STAY… Ronaldo cast a cloud over this tour but the Frenchman has been a breath of fresh air

When Anthony Martial joined Sevilla on loan in January, it’s safe to say that Manchester United and their erratic French striker were ready for a permanent parting of the ways.

Martial admitted that he had lost his love of football in Manchester, and United were ready to listen to offers this summer seven years after making him the most expensive teenager in football.

Things can change quickly in this game, though. Days after Martial left for Spain, Mason Greenwood was arrested and has since been unavailable. Edinson Cavani left Old Trafford at the end of the season, and top scorer Cristiano Ronaldo has yet to return amid concerns over his future. 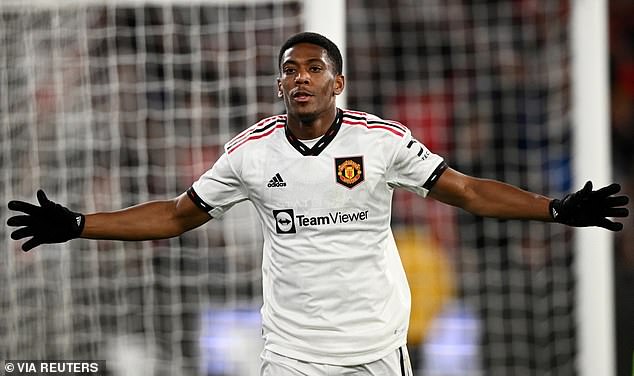 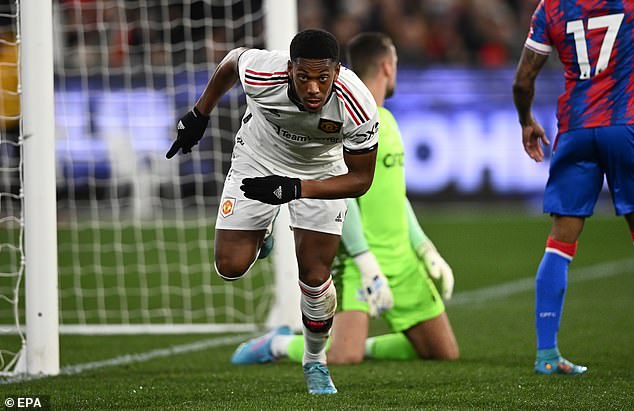 Martial rejoined United this summer and has suddenly been propelled from an outcast to the club’s No 1 striker on their tour of Thailand and Australia.

From looking like he was on his way, the 26-year-old is now nailed on to stay after Erik ten Hag ruled out the possibility of him being sold.

Even if Ronaldo was to return to training next week — which seems unlikely — Martial is set to start the season up front after seizing his second chance with both hands.

He has scored in all three games on tour so far against Liverpool, Melbourne and Crystal Palace, and added two assists. That’s as many goals as Martial scored last season — one each for United, Sevilla and France.

If Ronaldo has cast a cloud over this tour then Martial has been a breath of fresh air. In the past, his body language has left a lot to be desired on and off the pitch, but sources describe a much more cheerful individual in camp on this tour.

There is a video on the club’s website of Martial cracking up with laughter as he takes part in a staring contest with his France team-mate Raphael Varane. 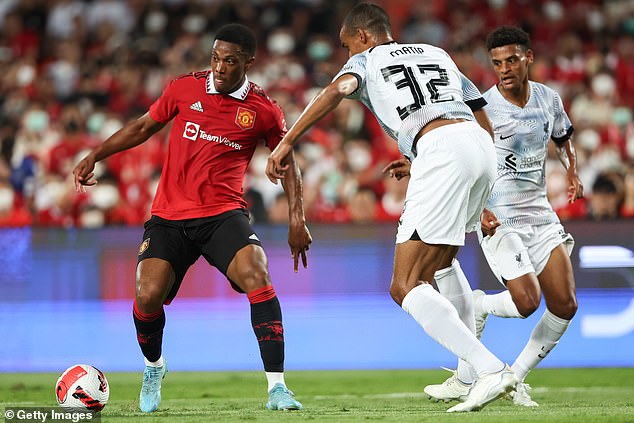 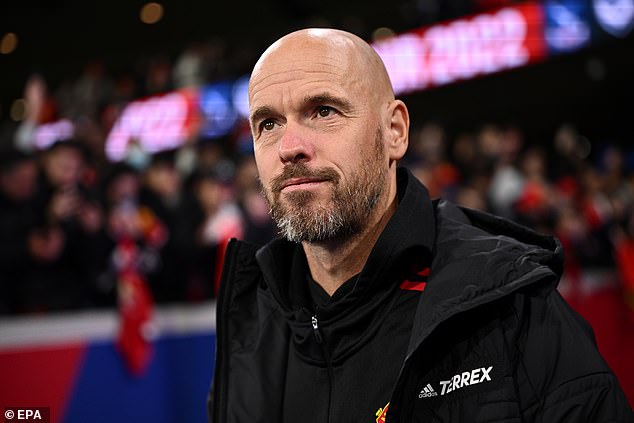 In training at the WACA in Perth on Thursday, he looked United’s most polished performer as Ten Hag’s squad trained in front of thousands of fans.

On days like that, it is easy to wonder at Martial’s talents but also question just how close he has come to letting them go to waste.

After moving to Old Trafford from Monaco in a deal worth up to £58million in 2015, Martial was the club’s top scorer with 17 goals but lost his way after that, eclipsed by the likes of Zlatan Ibrahimovic, Cavani and Ronaldo.

He has frustrated a succession of managers at United. Martial fell out with Jose Mourinho and was fined after going AWOL from the club’s tour of the US in 2018 to be at the birth of his baby boy in Paris.

Mourinho wanted to sell him but was blocked by the board who thought he could be as good as Kylian Mbappe.

By the time interim manager Ralf Rangnick had replaced Ole Gunnar Solskjaer in November, Martial had decided he wanted to go. 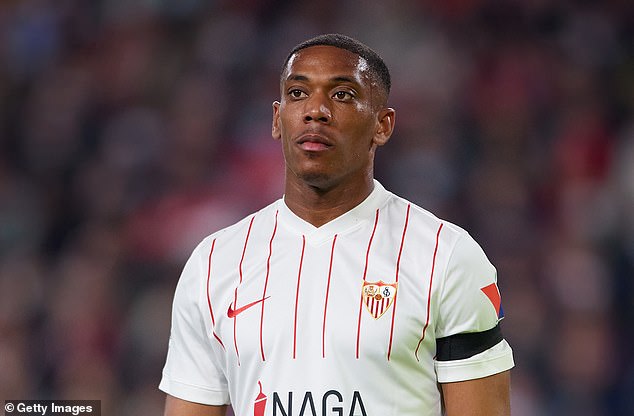 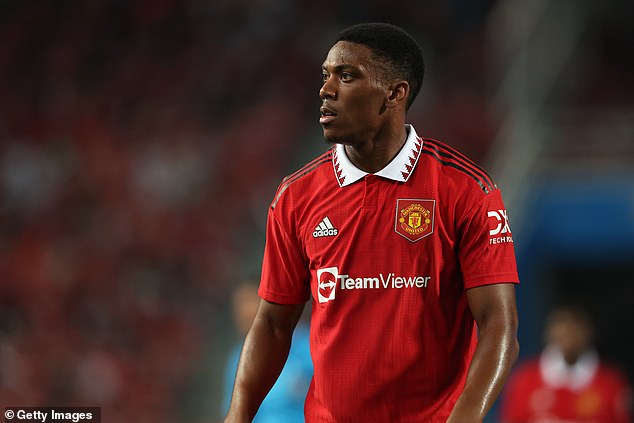 The two men clashed after Rangnick said Martial refused to be part of the squad to play Aston Villa, a claim the player publicly denied. But Martial got his wish in January and told Sportsmail in an interview two months later that he had little desire to go back.

‘I asked United to leave because I wanted to play,’ said Martial. ‘I still have a contract but they know what I want, so we will see at the end of the season.

‘This was the best option to play and enjoy football again. I lost it a little bit in Manchester because I was not playing.’

Things didn’t work out the way he wanted in Spain, and fate has delivered Martial back to United with the chance to start over.

Another United player hoping that will the case for him is Donny van de Beek. 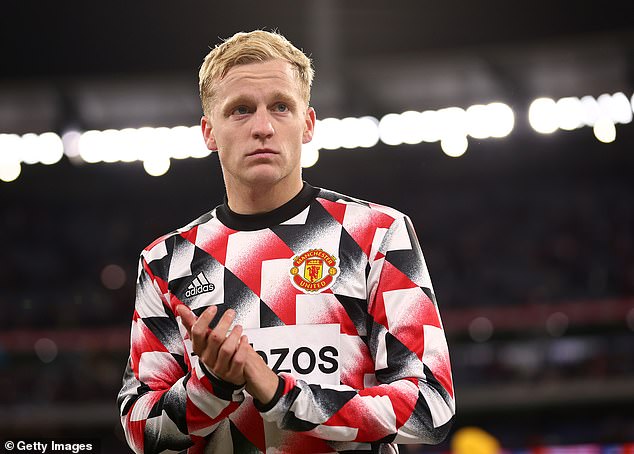 The Dutchman has been reunited with his old Ajax boss ten Hag after spending the second half of the season on loan at Everton and facing the possibility of leaving Old Trafford just two years after arriving in a £40million deal.

If Van de Beek thought his ties with the new United boss would give him an advantage, he was mistaken.

He has been a substitute in each of the first three games under ten Hag, who warned the midfielder that he has work to do.

‘Donny has the capability, I have seen it, but he has to prove himself,’ said ten Hag.

‘Me as a manager and the coaching staff around him can do everything to set the right conditions so he can perform, but in the end the player has to do it by himself.’