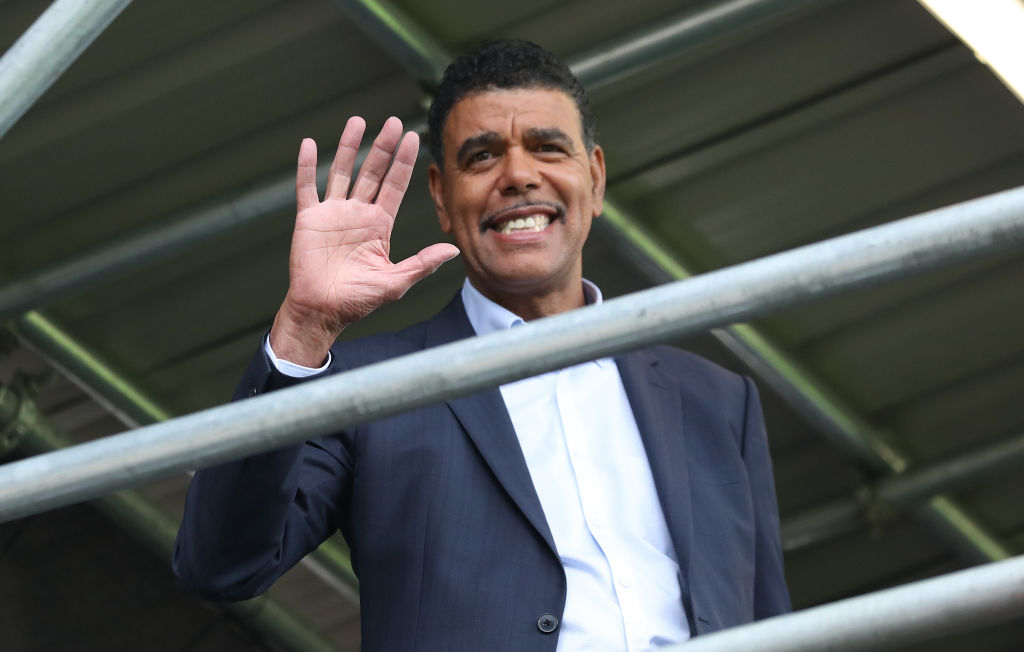 Chris Kamara will leave Sky Sports at the end of the season after 24 years with the broadcaster.

‘Kammy’ has become an iconic presence on Soccer Saturday – Sky Sports’ weekend goal show – alongside host Jeff Stelling having also worked on Soccer AM and Goals on Sunday.

The 64-year-old recently revealed he is suffering from apraxia of speech.

Kamara said: ‘My long career at Sky Sports has never felt like work. I’ve spent 24 terrific years at Sky, and leave with the best of memories.

‘My time on Soccer AM, Goals on Sunday and, of course, on Soccer Saturday with Jeff has been – to coin a phrase – unbelievable. I’ve had the time of my life, and look forward to tuning in every Saturday as a fan.’

‘If I explain my apraxia, we take for granted the fact when we think and coming through our speech it’s comfortable, it’s easy, it’s natural,’ the former Leeds, Brentford and Middlesbrough player said.

‘My apraxia, when it’s bad stops those signals from that brain going to that mouth. It slows it down, at times it slurs the words as well.

‘People are looking thinking ‘is he all right? Is he drunk? What’s the matter with him?’

‘When I put out the message after Soccer Saturday, I never in a million years expected that response, but everyone has been so brilliant, so kind.

While he is stepping back from live television, Kamara will remain on our television screens with the beloved TV star confirmed as a commentator on ITV show ‘The Games’ which airs on May 9.

Gary Hughes, Sky Sports Director of Football, added: ‘Kammy has been a Sky Sports star. Everyone has a favourite Kammy anecdote or highlight, and the tribute we paid to him on air this afternoon really shows the special place he has in the hearts of our viewers.

‘We’ve been so lucky to have him, and he will always be part of the Sky Sports football family.’