Chelsea starlet Conor Gallagher could play a key role in helping decide Frenkie de Jong’s future as Manchester United continue to pursue their top target. The Barcelona star reportedly favours a move to the west London side over a reunion with Erik ten Hag at Old Trafford, but Gallagher’s rise could alter his stance.

While the 22-year-old will no doubt be focusing purely on trying to impress Thomas Tuchel ahead of the new campaign, speculation regarding the Blues’ apparent interest in De Jong may provide a cause for concern for the England international.

Tuchel has seen only two new signings arrive this summer in the form of Kalidou Koulibaly and Raheem Sterling, with Raphinha and Jules Kounde both snubbing the Blues to join Barcelona. The German has made no attempt to hide his frustration with the lack of new faces in his squad.

But Chelsea have a wealth of options to choose from in midfield and, while a move for De Jong appeals to the club, it is not a priority position where they need to strengthen. 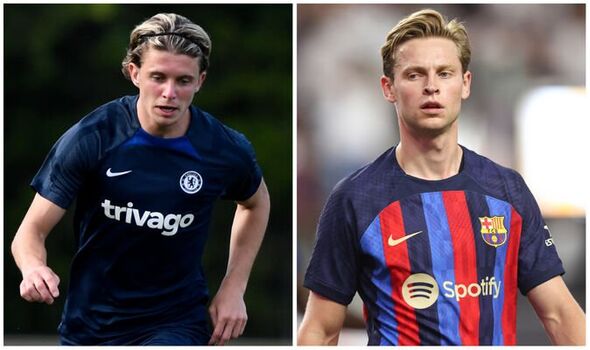 N’Golo Kante, Jorginho and Mateo Kovacic are expected to battle it out for the two midfield slots in Tuchel’s 3-4-3 formation, while Ruben Loftus-Cheek and Mason Mount’s ability to play in various positions means they can also deputise in the middle.

Billy Gilmour would also be an option for the Blues in the event of an injury crisis. That gives Tuchel seven possible central midfielders to choose from — that is not even including out-of-favour duo Ross Barkley and Tiemoue Bakayoko, who are set to leave the club this summer.

Now that Gallagher has returned from his loan spell at Crystal Palace, there is simply not enough room for De Jong at Stamford Bridge. And that could have an enormous impact on De Jong’s future, effectively leaving the Dutchman with two choices: stay at Barcelona or sign for United. 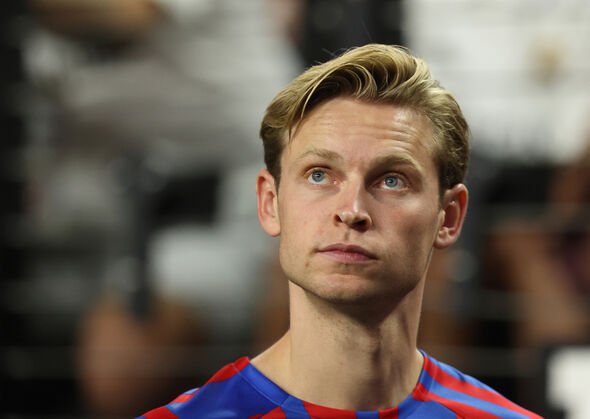 The pressing issue for the 25-year-old is that both choices will leave him with a burning hole in his pocket. De Jong is understood to be owed £17.1m (€20m) in deferred wages by Barcelona after agreeing to the measure during the Covid pandemic. Despite their reported outstanding debt, Barcelona have continued to spend huge money on Raphinha, Kounde and Robert Lewandowski.

Barca president Joan Laporta has reiterated the club’s desire to keep De Jong, but the Spanish supremo admits they may have to sell to meet the requirements of La Liga’s salary cap. However, in order for the midfielder to stay, he would have to accept a huge reduction on his £400,000-a-week wages.

De Jong’s apparent reluctance to leave Barcelona has complicated matters for United as they try to keep the deal alive, having agreed a £56m fee in early July.

But with a move to Chelsea seemingly off the cards, United will be hoping that the former Ajax star has a change of heart before the transfer window closes in five weeks’ time.