Chelsea’s appointment of Graham Potter as their new head coach is likely to cost around £22m after agreeing a compensation package with Brighton. It means that the Blues have now spent a whopping £156.9m on manager costs over the past 15 years, solely relating to compensation paid out to clubs and managers to appoint and sack them.

And current owner Todd Boehly, who took over the club in May in a £4.25bn purchase along with Clearlake Capital, has shown to be cut from a similar cloth after the American’s brutal decision to sack Thomas Tuchel on Wednesday.

The billionaire has swiftly moved to appoint Graham Potter as the club’s new boss but the costly affair of bringing in a new coach means there will be pressure on the Englishman to succeed. And as Express Sport looks at Chelsea’s previous managerial pay-offs, there may be some wondering whether it is worth it. 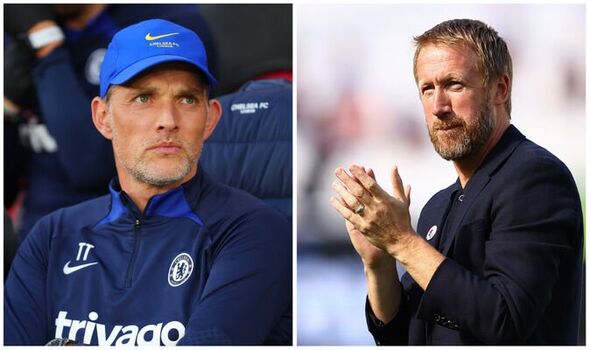 Big-spending Roman Abramovich was keen to spend big to bring in football’s most promising manager and turn Chelsea into a force.

And it took a mere £6m to bring Mourinho and his team of assistants from Porto to west London in a deal negotiated by former chief executive Peter Kenyon.

The Portuguese won two Premier League titles, an FA Cup and EFL Cup in his successful first stint at Stamford Bridge. But a breakdown in relations with Abramovich eventually led to Mourinho’s departure following a 1-1 draw with Rosenberg in the Champions League.

With three years left on his contract, Mourinho was able to take away a huge £18m fee — the second-highest in football history — after leaving the club in 2007. 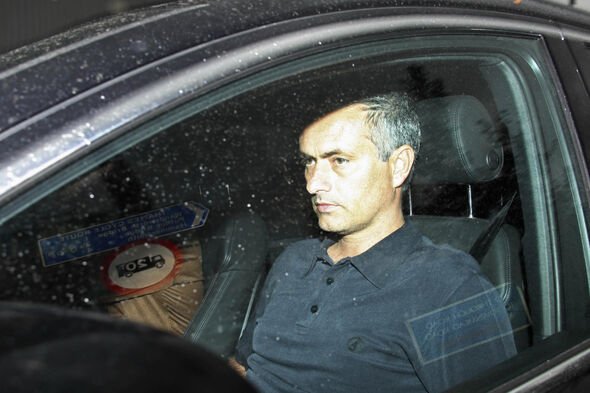 Chelsea hired the Brazilian after he had finished his spell as Portugal manager for Euro 2008 to replace interim coach Avram Grant, but he lasted just seven months in the job after falling out with some players in the squad, including Didier Drogba, and overseeing a run of three wins from nine games.

Scolari and his staff were paid a whopping £12.6m for the remaining two years of his contract after he had penned a three-year deal.

Chelsea hired Ancelotti after he ended an eight-year stint in charge of AC Milan and therefore picked up the world-class boss for free.

He became the first Italian manager to win the Premier League in 2009-10 with a club-record 103 goals scored and finished second the following season. That was not enough for Abramovich, who agreed to pay out £6m to Ancelotti after his cruel axing. 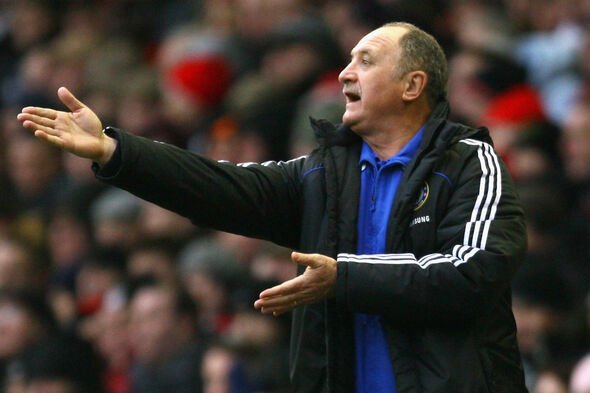 Chelsea had forked out a world-record fee of £13.3m to release Villa-Boas from Porto after he had guided the Portuguese giants to a magnificent cup Treble. But the job came too soon for the 33-year-old, who caused a stir by dropping Ashley Cole, John Terry, Frank Lampard and Didier Drogba. He was paid £12m for just eight months’ work in west London.

He was sacked with the club still third in the Premier League after a 3-1 defeat away at Napoli and was replaced by Robert Di Matteo. Three months later, the Blues celebrated winning the Champions League for the first time.

Di Matteo won the Champions League and FA Cup as caretaker and subsequently earned a two-year deal as permanent manager after their memorable triumph in May 2012.

However, he lasted just eight months in the job following a 3-0 defeat to Juventus in the Champions League, which condemned them to the Europa League. Di Matteo was handed a lucrative £10.7m pay-off for his efforts, with Rafa Benitez installed as interim boss. 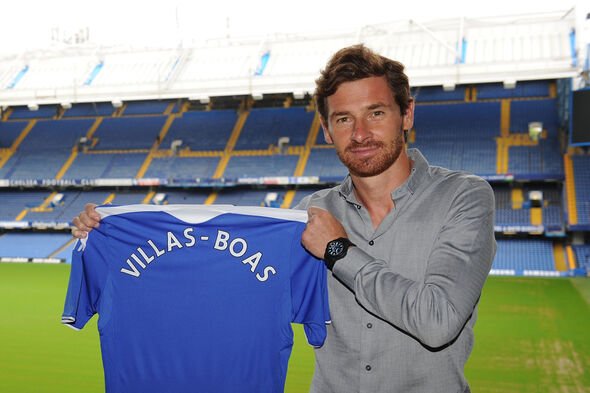 Chelsea welcomed back Mourinho some six years after his first exit, having left Real Madrid. And after winning the Premier League for a third time in 2014-15, a woeful title defence saw him pay the price with his second departure.

They had lost nine of their 16 league games and were 16th in the table at the time of his sacking, one point above the relegation places. But Abramovich was keen for a change and agreed to pay off Mourinho for a second time, just months after he had penned a new deal.

The Italian will always be remembered for leading the side to a stunning title success in 2016-17 after finishing 10th the season before. But his acrimonious exit produced an expensive bill for Abramovich.

Having publicly criticised the club over transfers, Conte returned to pre-season training but was then dismissed by the ruthless Russian. He later successfully sued the club to be paid out his full compensation, earning an eye-watering £26m fee before taking charge at Inter Milan. 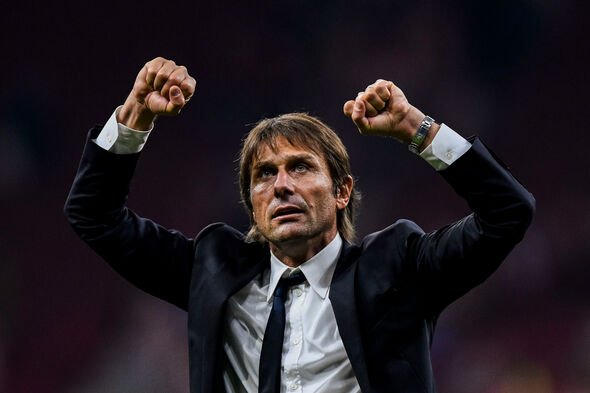 After haggling over the compensation fee to bring in Sarri following his sacking from Napoli, Chelsea reportedly agreed to pay the Serie A club £4.4m. The Italian lasted just one season at Stamford Bridge, although he guided the club to the Europa League success in 2019.

Despite appearing to be on the brink of sacking him in March due to poor results, Chelsea actually received £5m in compensation from Juventus for allowing Sarri to leave — the only time the club have profited from a manager being in charge.

Chelsea returned to their all-time top goalscorer Lampard after Sarri’s departure and agreed a £5m compensation package with Derby County.

The Blues reached the FA Cup final in 2020 and secured a top-four finish despite having a transfer embargo placed upon them in his first season in charge. But a £220m spend and run of five defeats in eight games condemned Lampard to a harsh sacking, picking up a £2m pay-off on his way out of the club. 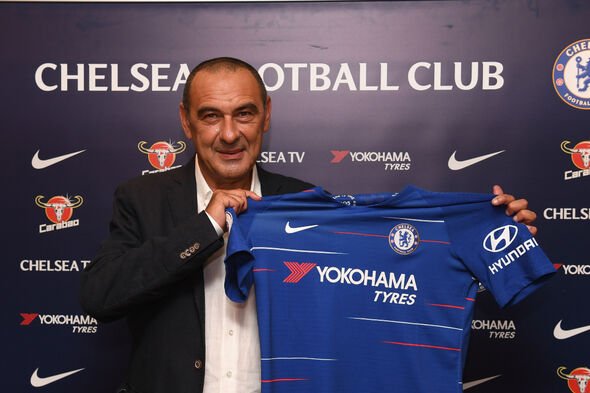 Having been shown the door by PSG a month earlier, Tuchel was chosen as Lampard’s replacement and made an immediate impression. Just five months into the job, he guided Chelsea to their second Champions League success, although the German’s failure to mount a title challenge left a small mark against his reign.

And despite Chelsea spending £270m under new owner Todd Boehly, he was sacked after 21 months in charge, earning a cool £13m fee with a further £2m going to his staff.

Chelsea agreed a compensation package with Brighton worth a huge £22m in total after handing the 47-year-old a five-year deal.

That released Potter from his contract at the Amex Stadium as he had a £16m release clause written into his six-year contract signed in 2019. Members of his backroom staff such as Billy Reid, Bjorn Hamberg and Kyle Macaulay have gone with him to Stamford Bridge.

With Potter earning a reported £60m across his five-year deal, Boehly is likely to be forced to pay a massive amount if at any point he decides to terminate his deal.