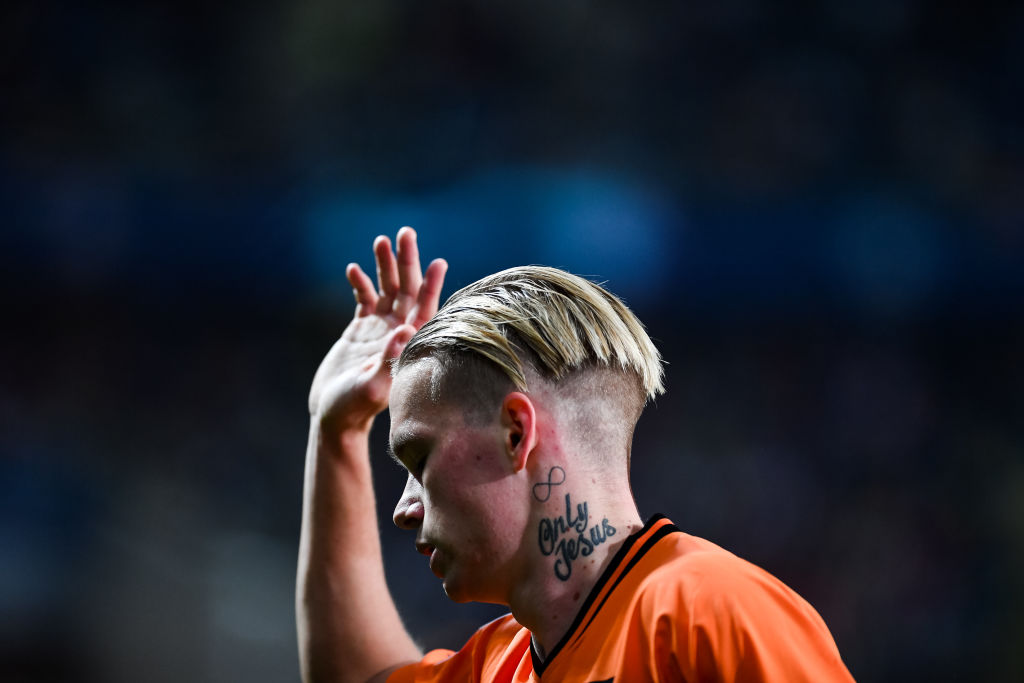 The Gunners have submitted their third bid for the Ukraine international winger and hope an offer of £62m before add-ons, which take the deal closer to £70m, will be enough to break the deadlock between the two clubs.

Chelsea’s interest in the 21-year-old winger was earlier this week described only as ‘exploratory’ but ESPN now claim that Todd Boehly will test the waters and attempt to throw a spanner in the works for the Premier League leaders.

Shakhtar’s technical director Darijo Srna was pictured at Stamford Bridge last week as he watched Chelsea’s defeat against Manchester City and Boehly would have little issue with meeting an asking price which is closer to £88million.

Arsenal are said to be confident that their latest bid for Mudryk will be enough to finally secure the services of their No.1 January target, but have already been beaten to the punch once this month by their west London rivals.

Chelsea won the race to sign Joao Felix on loan from Atletico Madrid amid competition from Arsenal and Manchester United, but the Portugal international’s promising debut ended in devastating fashion when he was sent off just shy of the hour mark for a dangerous challenge on Fulham’s Kenny Tete.

Felix will now miss the next three games through suspension as the problems mount for Chelsea’s under-fire manager Graham Potter.

‘It sums up where we are at the moment – everything that can go wrong, is going wrong,’ Potter said after Chelsea’s 2-1 west London derby defeat.

‘It was a forward’s tackle from Joao, there was no malice in it but I understand why it was a red. It is another blow the hits keep coming at the moment.

‘He was really good you could see his quality in the game so it is doubly disappointing for us because he was looking dangerous throughout.

‘I don’t think there was too much malice in it and it is an unfortunate action and we are going to lose him now for three games.’