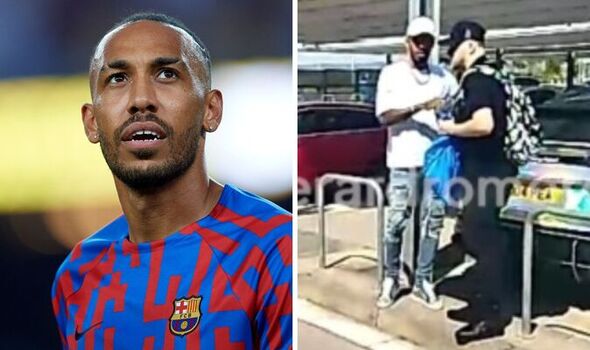 Pierre-Emerick Aubameyang has been pictured at Barcelona airport as his transfer to Chelsea seemingly edges closer. The former Arsenal captain only joined Barca on deadline day in January but now he could be heading back to the Premier League where he looks set to reunite with former boss Thomas Tuchel.

The arrival of Robert Lewandowski at Barcelona is set to limit Aubameyang’s chances of playing regularly under Xavi – creating a timely opening for Chelsea.

The Blues are in need of a new centre-forward after sanctioning the departures of Romelu Lukaku (Inter Milan – loan) and Timo Werner (RB Leipzig) without signing a replacement.

Barcelona insider Gerard Romero has posted images of Aubameyang at the airport while also reporting that the striker’s move to Chelsea is close.