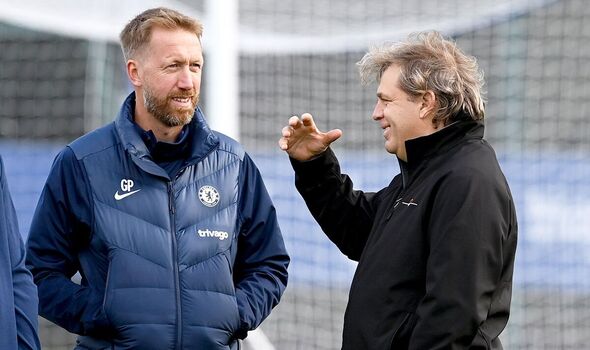 Denzel Dumfries is reportedly waiting for Inter Milan to green light his move to Chelsea. The right-back has long been linked with a move to the Premier League but Blues owner Todd Boehly holds a firm stance on how much he values the player.

Chelsea have made five signings already in the January transfer window. However, Boehly is not ready to stop there despite spending over £400million since buying the west London club last year.

Right-back and right wing-back has been a problem area for Chelsea this season. Reece James has made just seven Premier League starts due to injury and suffered a recurrence of his knee problem when he attempted to return late last month.

The England international is key to Chelsea’s success but there is no other player who can offer what he does in Graham Potter’s squad. Dumfries can play as a wing-back and a conventional full-back.

He has been linked with a move to Stamford Bridge for several months. Italian outlet La Repubblica claims Chelsea have made a fresh approach for the 26-year-old.

Dumfries is waiting for the go-ahead on a deal but Inter’s asking price is currently too high. The Serie A giants are asking for between £48.3m and £52.7m but Chelsea are only prepared to pay £30.7m.

The report says Chelsea do not want to pay more than that due to the amount they have committed to recent signings over the last two windows. Dumfries has been a regular for Inter this season and still has two-and-a-half years remaining on his contract.

But he recently admitted that he was flattered by interest from the Blues. Dumfries told The Athletic: “Of course it’s a compliment. But when you put the Nerazzurri shirt on that is also a big compliment.

Chelsea may also be looking to sign Dumfries on the cheap as they are still targeting other signings before the window shuts on January 31. Brighton’s Moises Caicedo has emerged as their top midfield target after a deal for Enzo Fernandez fell through earlier this month, while PSV’s Noni Madueke is also on their radar.