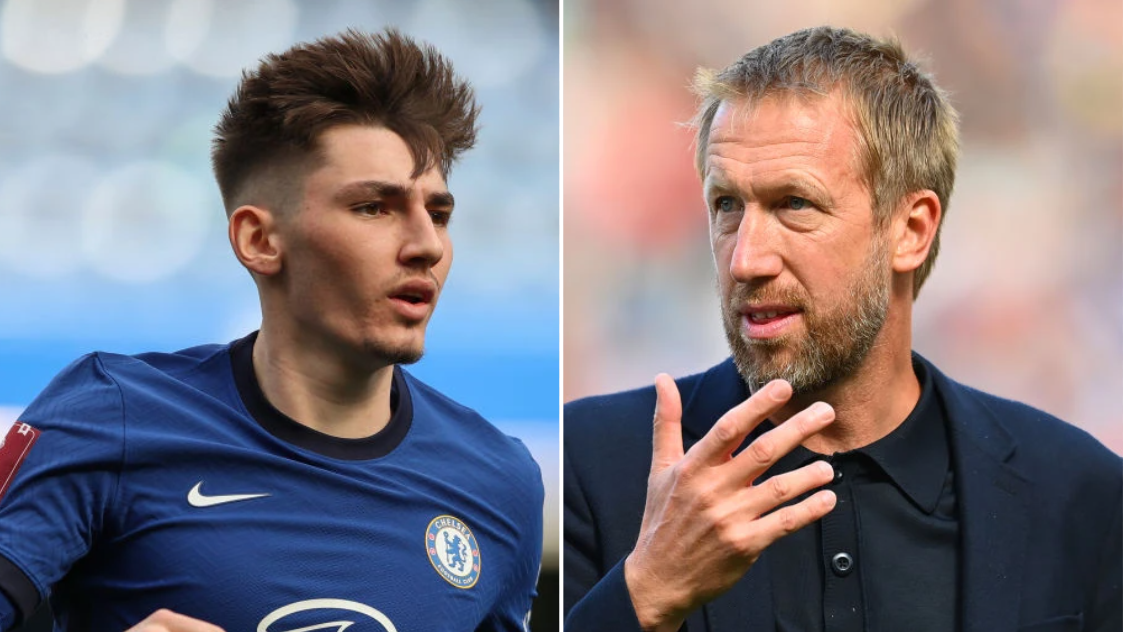 Former Chelsea midfielder Billy Gilmour has been left ‘baffled’ by Graham Potter’s move to Stamford Bridge just days after he convinced him to join Brighton, according to reports.

The 21-year-old made the move to the south coast on deadline day for a fee in the region of £7million – rising to £10m – and made his debut three days later off the bench in a 5-2 win over Leicester City.

But that brief, stoppage-time cameo last Sunday would be his only match under Potter, with the former Swansea coach appointed as Chelsea manager on Thursday.

According to The Sun, Gilmour has told friends that the only reason he chose to join Brighton was because of the way Potter plays – but he is now in limbo as the Seagulls wait to appoint a new boss.

The Scotland international has been left ‘baffled’ by the events of the past few days and may be regretting his decision to leave Stamford Bridge.

It was Thomas Tuchel who sanctioned his departure, with the German coach having made it clear to Gilmour he would be provided with very few first-team opportunities if he stayed.

Other players were similarly sidelined under Tuchel, but the likes of Romelu Lukaku and Callum Hudson-Odoi were only loaned out – with no buy clauses – as Chelsea’s owners already had doubts about their Champions League-winning manager.

Todd Boehly felt some players would still have a future at Stamford Bridge under a different manager, but Gilmour does not appear to have been viewed in the same light.

The Scot had not even wanted to leave Chelsea but was persuaded to by Potter, but he now faces an anxious wait to see who Brighton appoint as the Englishman’s successor.

Fortunately, the Seagulls’ hierarchy are expected to hire a similarly progressive, possession-orientated coach – which is likely to suit Gilmour’s style.

Speaking about Gilmour after signing him for Brighton, Potter had said: ‘Billy arrives with a fantastic pedigree, having played in the Premier League and Champions League as well as for Scotland at last year’s Euros.

‘He will complement our existing midfield options. That experience at quite a young age shows the strength of character he has and we’re really excited by his potential.

‘Now it’s about allowing him the time to get used to a new environment and settling in to our club. We can’t wait to work with him.’