Chelsea have confirmed the $15million capture of American goalkeeper Gabriel Slonina, 18, from the Chicago Fire on a six-year deal.

The homegrown product will remain with the MLS side, going back on loan, and join Chelsea permanently at the start of next year.

Slonina became Chicago’s youngest-ever signing when he penned a deal with the club in 2019, at just 14 years of age. He later made his debut for the club on August 4 of last year at 17 – becoming the youngest keeper to start in MLS – and his strong performances since then have earned him a move to one of Europe’s biggest clubs. 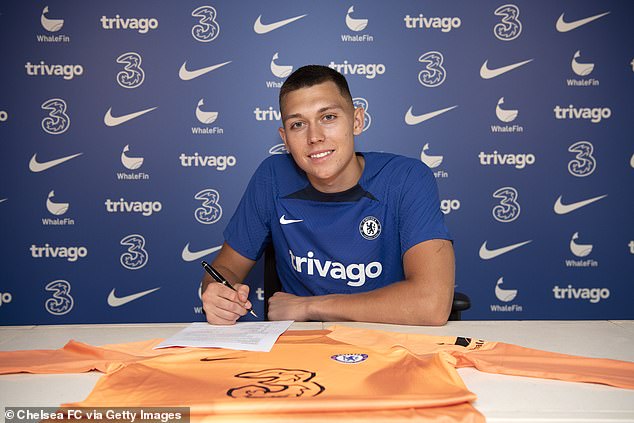 ‘I joined this Club with ambitions of playing at the highest level and it’s been a dream come true to wear the Chicago Fire jersey,’ Slonina said in a team statement from the Fire.

‘This Club has become my second home, my second family, and there are so many people that have played a big role in helping me get to where I am today.

I’m so thankful for all the support that I’ve received from my family, coaches, teammates, and everyone associated with the Club. It’s been an incredible honor to work alongside each one of you.’ 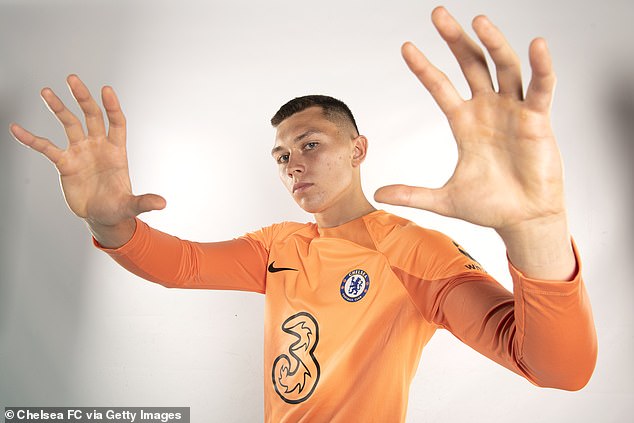 Slonina joins Chelsea as the most expensive transfer in Fire history 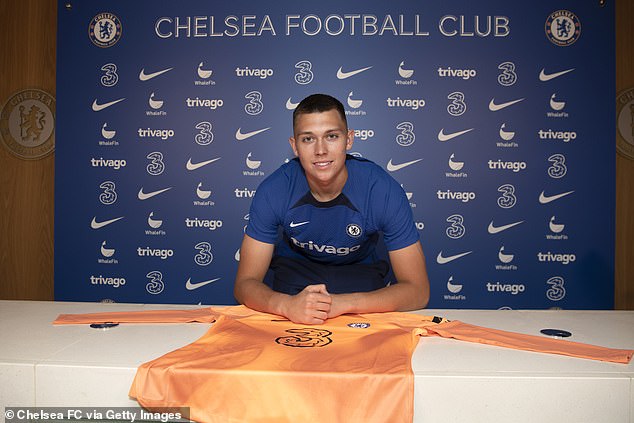 Slonina will join up with fellow American Christian Pulisic at Chelsea

Slonina, who has played every minute of the Fire’s 2022 season so far, was previously linked with Real Madrid. He has recorded 14 shutouts since making his Fire debut.

The goalkeeper’s arrival means he will join up with fellow American Christian Pulisic at Chelsea, though it seems he only has an outside chance of joining Pulisic in the USMNT squad for the World Cup.

Slonina received his first USMNT call-up in December and has featured at various youth levels but has yet to make an appearance for the senior team. The USMNT is playing two final tune-up games before the tournament vs. Japan and Saudi Arabia in late September.

The teenager’s move to Chelsea is Chicago’s most expensive transfer to date, and the club said a sell-on percentage has also been agreed as part of the deal. 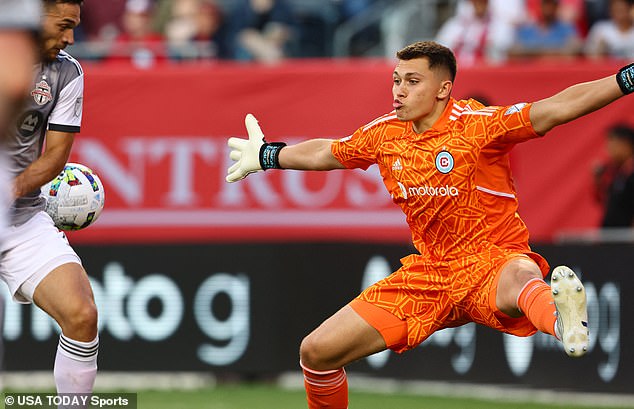 Money aside, the move is undoubtedly an advertisement for the Fire’s academy as well as the league at large.

‘Since joining the Club, Gaga has embodied what it means to be a Chicago Fire player. In addition to his incredible talent, he is mature beyond his years, extremely hard working, and a fantastic teammate.

‘Gaga is a role model to many young aspiring footballers in Chicago, and this transfer demonstrates that a player can progress to the first team from our Academy before joining one of the biggest clubs in the world.’