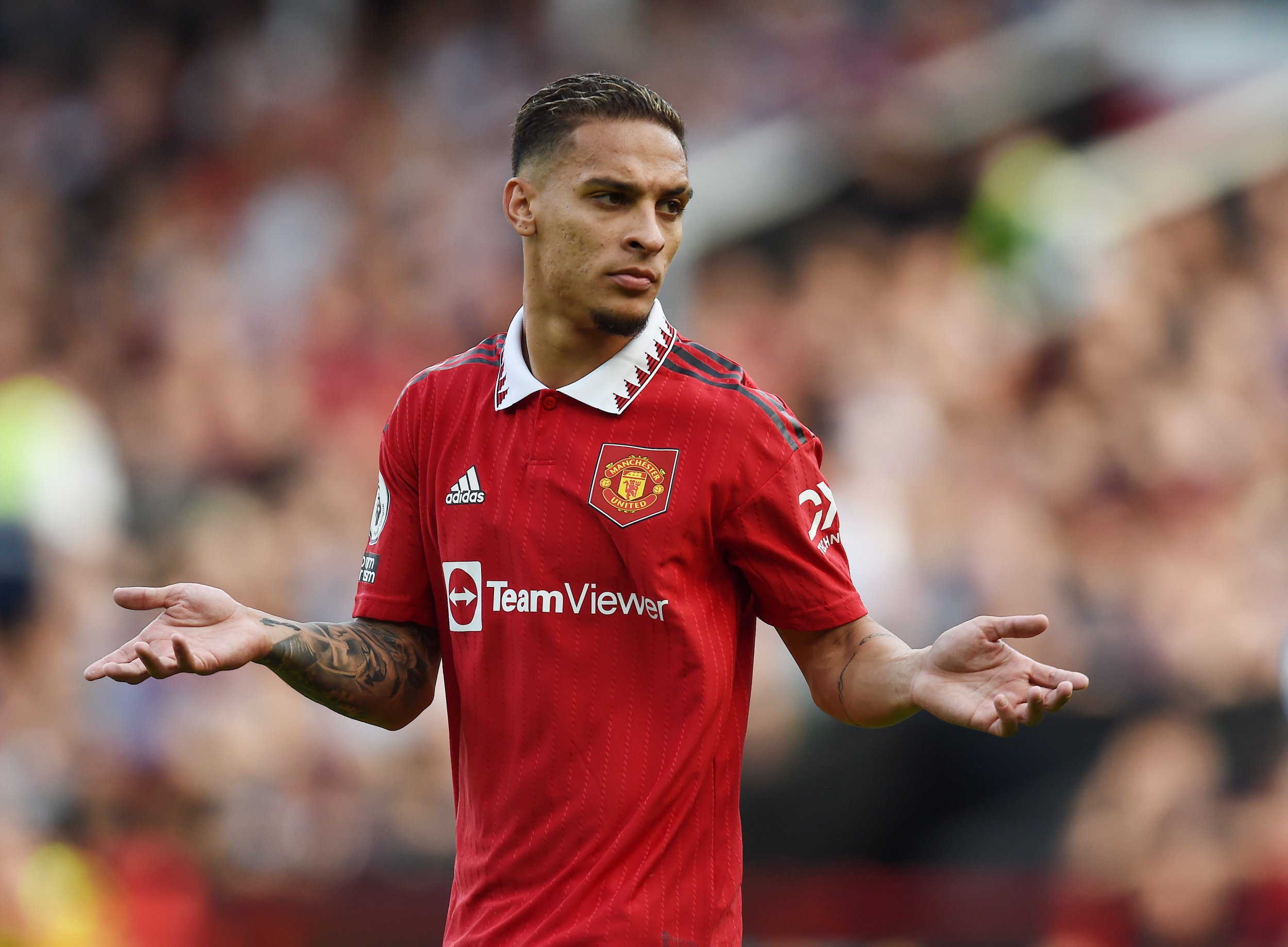 Chelsea wanted Antony long before he moved to Manchester United but missed out on his signature, says Blues scout Piet de Visser.

The 22-year-old arrived at Old Trafford from Ajax this summer for an initial fee of £82m, which could climb past £86m with add-ons.

This was after just two years with the Dutch club, where he scored 25 goals in 82 appearances and twice won the Eredivisie under Erik ten Hag.

However, it could have been very different as Chelsea were keen on him before he moved to Europe and he was shining for Sao Paulo and the youth ranks for his country.

De Visser was watching the talented winger, but as was former Ajax head scout Hans van der Zee and it was the Dutch club that won the race for his signature.

‘Together with Hans van der Zee we saw him for the first time at Brazil’s youth ranks and we were both charmed by him. That was a few years ago, just before he went to Ajax,’ De Visser said via Voetbal Primeur.

‘I thought he had to make an intermediate step and then Hans suggested Ajax. And then we would take him right from Ajax.”

‘We couldn’t get him, I would have wanted him. He’s a boy with poison in his backside. He sometimes crosses the line, but he comes from the favela, doesn’t he?’

Antony immediately made an impression for United, scoring on his Premier League debut in a win over Arsenal and while Ten Hag was pleased with the winger, he encouraged him to keep working hard and improving.

‘You can see all of his potential,’ said Ten Hag of Antony. ‘He will be a threat in the Premier League. We were missing a player on the right wing. [Jadon] Sancho and [Marcus] Rashford can play there but they prefer the left so now we have the missing link who can play well on the right.

‘We needed that on the right wing with his pace and dribbles and expression. It (the Premier League) is going be a challenge for him but we saw his potential. We have to keep pushing. I set high standards every day. Everyone has to bring it every day to Carrington.’