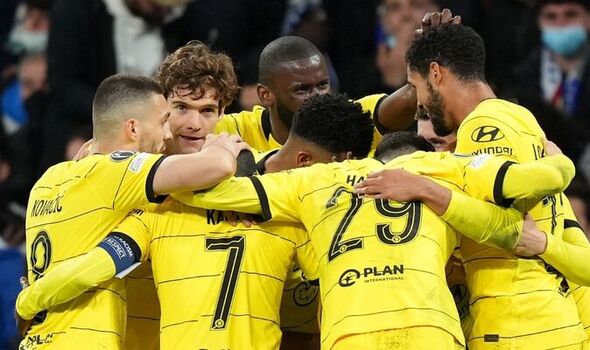 It was nearly a night to savour and treasure forever. One of Chelsea’s greatest ever European performances that was simply just missing the result. They were victors on the night but the defending champions went out swinging as they tasted defeat on aggregate to Real Madrid – despite a spirited comeback that saw them at one point lead 3-0 at the Bernabeu.

Yet while there is a sickening, haunting feeling of devastation – there was plenty for Chelsea to be proud of.

Having been faced with adversity and uncertainties away from the field, Thomas Tuchel has now steadied the ship and the German delivered a game plan worthy of flipping the tie on its head.

However, it was also his faith in the players that ultimately swung the balance of proceedings and from what was on show, there is certainly a future at the club for several players who looked likely to move on.

They were at the heart of Chelsea’s determination and endeavour, delivering a performance to cherish – even if the joy was short-lived.

Marcos Alonso is often criticised for his defensive frailty but the Spaniard turned in one hell of a shift on the left side of Chelsea’s defence to once again prove his worth.

He may not be every Chelsea supporter’s cup of tea, yet his contributions since arriving under Antonio Conte in the summer of 2016 speak for themselves.

The marauding left-back thought he’d put Chelsea ahead when he rifled home – only for the goal to be disallowed for handball by VAR.

Chelsea have looked far more balanced in their past two games with Alonso back in the side, as opposed to playing Cesar Azpilicueta at left wing-back, out of position.

Alonso’s attacking quality and fitness levels make him the perfect fit for Tuchel’s system and the Blues would be silly to consider a sale given he can easily act as deputy to Ben Chilwell when he returns to the fold.

Timo Werner has been a breath of fresh air and a shadow of his former, confidence-starved self.

The German international forward has been running rings around defences and his finishing has improved – despite hitting the woodwork three times against Southampton.

Nonetheless, he has proven he has all the qualities to make the grade long-term at Chelsea, something he may have doubted on several occasions himself.

Werner nearly elevated his name to legendary status at Chelsea last night when he struck a crucial goal to put them in the lead after jinking his way through the Real Madrid defence.

His pace and movement was so difficult for Los Blancos to defend and when Werner plays like that, there’s no reason why he cannot be a permanent starter at Chelsea from here on in.

Ruben Loftus-Cheek has also enjoyed a recent upturn in fortunes after reinventing himself as a right-wing-back thanks to the guidance of Tuchel.

He excelled in the 6-0 thrashing at St Mary’s to earn his stripes for Chelsea’s crunch Champions League knockout tie and once again, coped well, despite a few iffy moments.

The Englishman has shown that he can still be a valuable asset for Chelsea moving forward with Tuchel now set to make use of his versatility.

Finally, Antonio Rudiger was an absolute colossus at the back for Chelsea – showing his true passion and commitment to the badge.

At full-time, he could barely accept what had just unfolded and even looked ready to do it all over again.

The scenes portrayed Rudiger’s commitment and passion for the cause, he did not look or play like someone whose future lies elsewhere.

While his agents continue to negotiate his future, there is still an outside chance Rudiger could stay at Chelsea and sign on fresh terms.

His monstrous performance showcased exactly how much of a loss he will be to the Blues if he does depart but on last night’s evidence, he is Chelsea through and through.

It now seems more likely that he will stay but even if he leaves, Alonso, Werner and Loftus-Cheek have surely shown they have futures at the club.

It now seems more likely that he will stay but even if he leaves, Alonso, Werner and Loftus-Cheek have surely shown they have futures at the club.