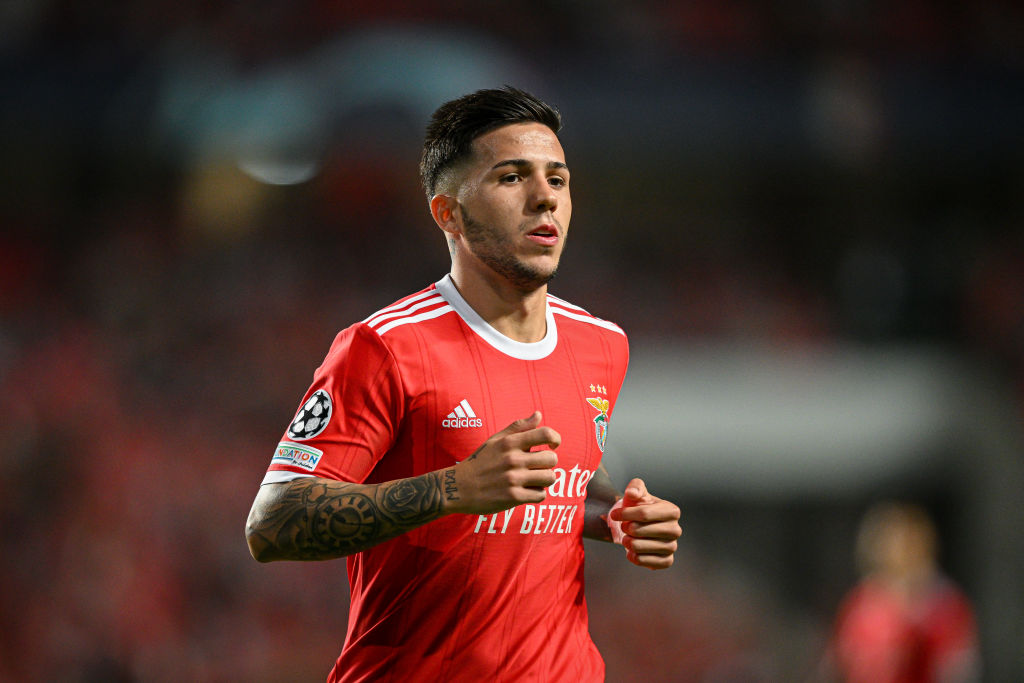 The 21-year-old has emerged as one of the most sought-after young midfielders in the game amid a thrilling first season in Europe with Benfica having also played a key role in his country’s World Cup success in Qatar.

Manchester United and Liverpool are both eager to sign Fernandez having held talks with Benfica over a January move.

The player has a €120m (£106m) release clause in his deal with Benfica and reports in Portugal claimed last week that the club have already turned down a €100m (£88.4m) offer, adamant he will only leave if his release clause is met.

With United and Liverpool already fighting it out for his signature, the Daily Record now report Chelsea are ready to enter the fray with a huge offer for the former River Plate starlet.

The report claims Todd Boehly has proposed a deal that would see Chelsea pay more than the €127million Atletico Madrid paid Benfica for Joao Felix in 2019 – the club’s current record sale.

The Blues are hoping Fernandez will push to leave Benfica in January with the club determined to hold onto him until the end of the season.

The midfielder returned to Lisbon on Tuesday following Argentina’s World Cup triumph and is set to discuss Chelsea’s offer with his club this week.

When asked about his future on Monday, Fernandez said: ‘I don’t know about my future or proposals, that’s what my representative is taking care of.

‘I don’t want to get into the subject. I am focused on Benfica, we have a game on Friday.’

Speaking earlier this month, Benfica president Rui Costa insisted that Fernandez would not be sold unless his release clause is triggered.

‘We have the sole objective of having a winning season, no player will leave – unless it is due to the clause – which at this moment is fundamental for the squad,’ he said.

‘What I can promise our supporters is what I did at the beginning of the year. This is a sporting project, not a financial one. Fortunately, we are not experiencing financial problems and we have no need to sell players.’