Chelsea owner Todd Boehly has raised £800million in debt at his new club as they look to reshape the Blues. It comes as they look set to close in on a transfer for Sevilla star Jules Kounde.

The new regime at Chelsea are raising £800m in debt in a monumental revamp of the club since taking over from Roman Abramovich earlier this year.

The Russian oligrach put the club up for sale shortly after being accused of having close links to Vladimir Putin, who has been denounced after his invasion of Ukraine. It saw Abramovich’s assets frozen in the United Kingdom, including Chelsea that threatened to put an end to the club.

But Boehly’s billions saved the Blues after the financier acquired the club for £2.5bn on May 30, along with private investment firm Clearlake Capital. A further £1.75bn has been pledged to be invested in the playing squad, academies and stadium. 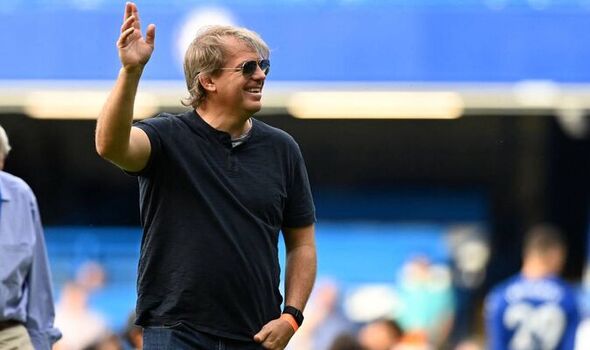 According to the Financial Times, £300m has been raised revolving credit facility and a £500m term loan. It is the clearest signal yet that Chelsea are set for major changes to shake up the club and move away from the Abramovich era.

Several key members of staff have already departed including Bruce Buck, Marina Granovskaia and Petr Cech while Boehly has installed himself as acting sporting director with the transfer window going on as the American continues building his team. His actions have already seen two players arrive in the form of Raheem Sterling and Kalidou Koulibaly.

But they might not be the only ones with new bids submitted for Sevilla star Kounde, which are expected to be accepted. The Frenchman has been linked with a move to Barcelona, as well, but might not be able to match the offer from Stamford Bridge.

Thomas Tuchel has made signing defenders his priority after losing Antonio Rudiger and Andreas Christensen on free transfers. Cesar Azpilicueta also has a contract agreed with Barcelona and Kounde’s signing could see that deal go through.

It is further reported that the term loan would form part of Boehly’s commitment to Chelsea while the revolving credit facility is explicitly for working capital purposes. This criteria was laid out by Abramovich as per an agreement with the L.A Dodgers chief.