Chelsea are turning their attention to signing three centre-backs after wrapping up a deal to land Raheem Sterling. The Blues have big plans for the summer window and it seems that Sterling’s arrival will soon be followed by a succession of defenders.

Sterling has joined Chelsea on a five-year contract worth £300,000 per week after Manchester City accepted a deal worth £50million for the England international. He has flown out to join his new team-mates at Thomas Tuchel’s pre-season training camp in Los Angeles, but there is also a hive of activity back in London.

Kalidou Koulibaly is also set to undergo a medical in London on Thursday after Napoli agreed to sell the centre-back for £34m. The 31-year-old centre-back has agreed to a four-year deal with Tuchel’s side and should be announced as a Chelsea player soon.

Chelsea are desperate to strengthen their defence after losing both Antonio Rudiger and Andreas Christensen on free transfers at the end of June to Real Madrid and Barcelona respectively. And that means Koulibaly could be joined by a further two central defenders soon.

JUST IN: What Napoli players have been told about Koulibaly’s Chelsea transfer 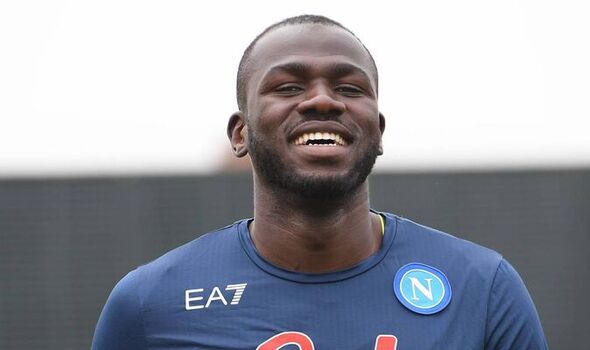 The Blues are in talks to sign Nathan Ake from Manchester City and Presnel Kimpembe from Paris Saint-Germain, according to widespread reports. The Guardian says that Chelsea were homing in on Juventus’ Matthijs de Ligt before Bayern Munich muscled in and that has prompted a re-think.

Man City are reportedly happy to sell Ake if they receive an offer of at least £40m. That asking price is due to the fact that the 27-year-old has three years left on his contract and was signed from Bournemouth for £41m just two years ago. 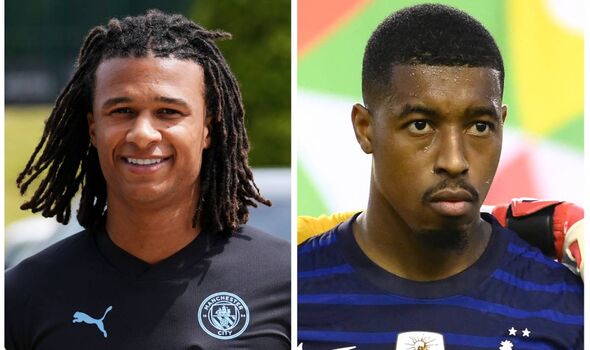 Ake started his career with Chelsea and was officially at the club between 2011 and 2017, although he spent most of his time away from the club on loan with Reading, Watford and Bournemouth. He made just 17 appearances for the Chelsea first team before being sold to Bournemouth for £20m in June 2017, but now looks set for a big-money return.

Kimpembe played under Tuchel at PSG and is close to both the Chelsea manager and his former team-mate and centre-back partner Thiago Silva. Those personal connections have seen the 26-year-old France international move ahead of Sevilla’s Jules Koundé and Torino’s Gleison Bremer in the pecking order of targets.

A knock-on effect of the defensive recruitment spree will be felt in the form of Levi Colwill. The 19-year-old defender enjoyed a great season on loan with Huddersfield last season but appears set to leave the club on a permanent basis after finding his route to the first team blocked by incoming players.