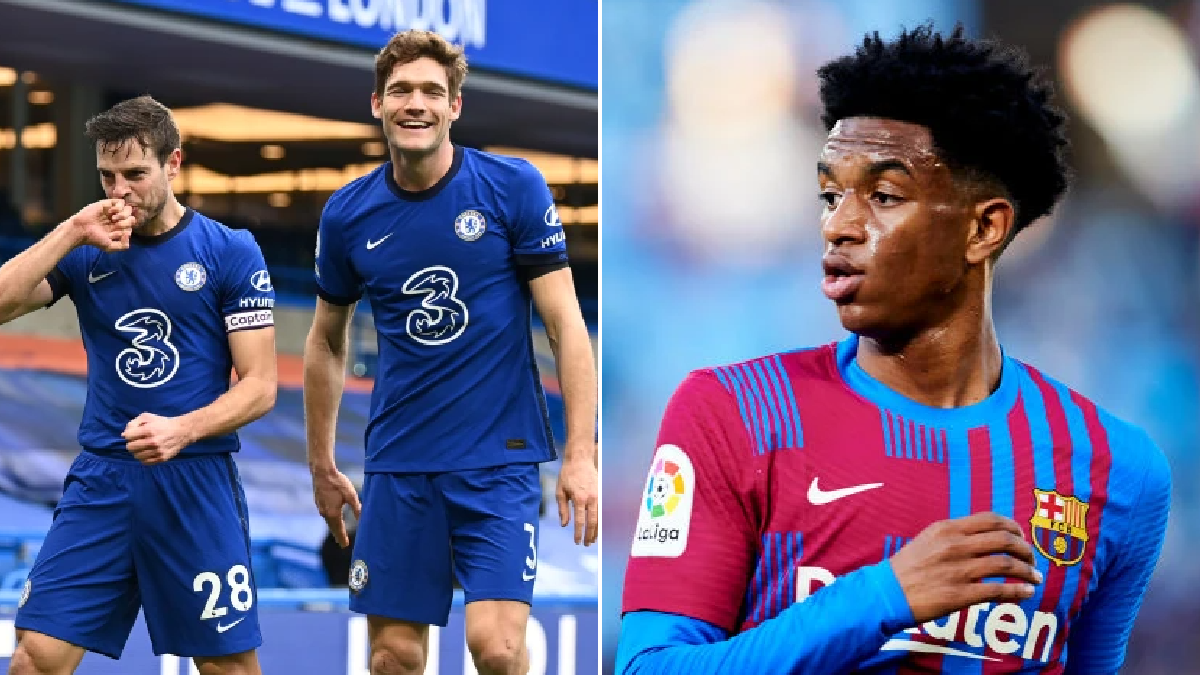 Chelsea could demand Barcelona wonderkid Alejandro Balde as part of any deal for Marcos Alonso or Cesar Azpilicueta and have already spoken to the teenager’s agent, according to reports.

The Catalan giants have long been linked with moves for Chelsea’s Spanish duo and had held talks with skipper Azpilicueta before he triggered an appearance clause in his contract which added an extra year to his deal.

Nevertheless, after a decade at the club, the west London side’s hierarchy are believed to be open to letting him move to Camp Nou in exchange for a nominal fee.

Compatriot Alonso has also been on Xavi’s wish list for some time and, despite having two years on his contract, Chelsea are willing to cash in and will look to bring in younger competition for Ben Chilwell.

Now Mundo Deportivo are reporting that the west London club are prepared to use Barca’s interest in Alonso and Azpilicueta to land one of their highest-rated young defenders, killing two birds with one stone in the process.

Chelsea have been keeping track on 18-year-old left-back Balde since last summer and now sense an opportunity to secure a young backup to Chilwell at the same time as offloading two of their oldest players.

Mundo Deportivo claim Chelsea have already been in contact with the youngster’s entourage, with Balde represented by the famous super-agent Jorge Mendes – who counts Cristiano Ronaldo among his many clients.

The Blues have enquired about Balde’s availability and could ask for him as part of a swap deal for either – or both of – Alonso and Azpilicueta, with Barcelona’s current financial issues meaning they favour player-exchange deals.

Balde has a contract with Barca until 2024 and a big release clause, but he has made it clear to the club that he wants more regular first-team football and will pursue an exit if that is not on offer at Camp Nou.

Chelsea will likely need to promise him regular first-team minutes, though they may be wary of relying on such a young, unproven player given Chilwell’s recent injury.

Whoever is understudy to the England international is expected to play a significant role at the start of the upcoming season as Chilwell is eased back into action slowly.