Kalidou Koulibaly has admitted that Jorginho and Edouard Mendy both sent him messages to encourage him to join Chelsea. Koulibaly joined the Blues on a four-year contract after Napoli agreed to sell for £33.8million (€40m) over the weekend – and it seems the defender had his head turned by texts from two Chelsea players.

The Senegal international is out with Chelsea on their pre-season tour of the USA after undergoing a medical in London last week. He is the second signing of the summer for Thomas Tuchel’s side following the £50m addition of Raheem Sterling.

Chelsea have been on the lookout for centre-backs ever since discovering that they would lose Andreas Christensen and Antonio Rudiger on free transfers at the end of June. Jorginho and Mendy were aware of the situation and decided to put the proposition to their friend Koulibaly.

“I speak a lot with them both,” he told the club website. “Jorgi actually texted me and asked if I wanted to come to Chelsea! At the time, I wasn’t sure if they wanted me but of course, I said I would come with pleasure. 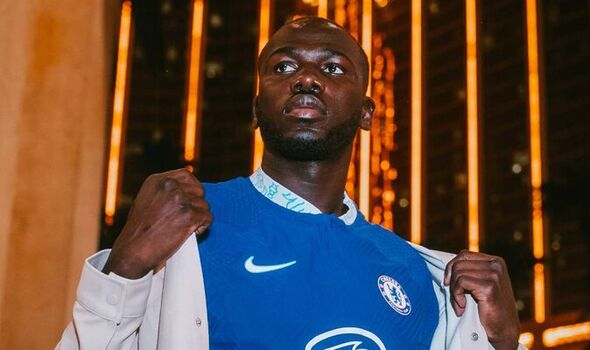 “It was the same with Edou, he asked me the question and I told him it was already done and I would see him soon! Now I’m here, I’m really happy to start this exciting journey. The squad looks great with a good mix of younger players and those with more experience.”

Koulibaly played with Jorginho at Napoli and is an international team-mate of Mendy, so knew what to expect when joining Chelsea. He is unlikely to be the only central defender joining Tuchel’s side this summer, with negotiations under way for more. 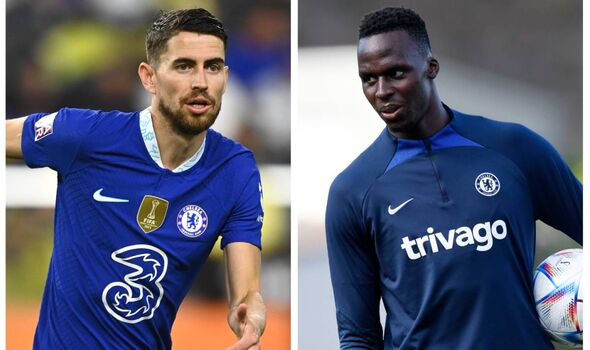 Sevilla’s Jules Kounde nearly joined last summer and remains a transfer target. Chelsea have reportedly made their first bid of around £47m to land the Frenchman, but the Spanish side will reportedly hold out for a fee in the region of £55m.

Chelsea have also been linked with Manchester City’s Nathan Ake and Paris Saint-Germain’s Presnel Kimpembe, but have run into difficulties in both situations. The Blues have reportedly taken a step back from their attempts to sign Ake, who began his career with the club, while Kimpembe is happy in Paris and PSG do not want to sell him anyway.

Tuchel remains hopeful that the club can get more defenders through the door soon. “We’re working on more numbers,” he said recently. “Everybody is wishing to have the complete team in pre-season but this almost never happens. We’re working on it as fast as possible but at the same time we’re relaxed.”